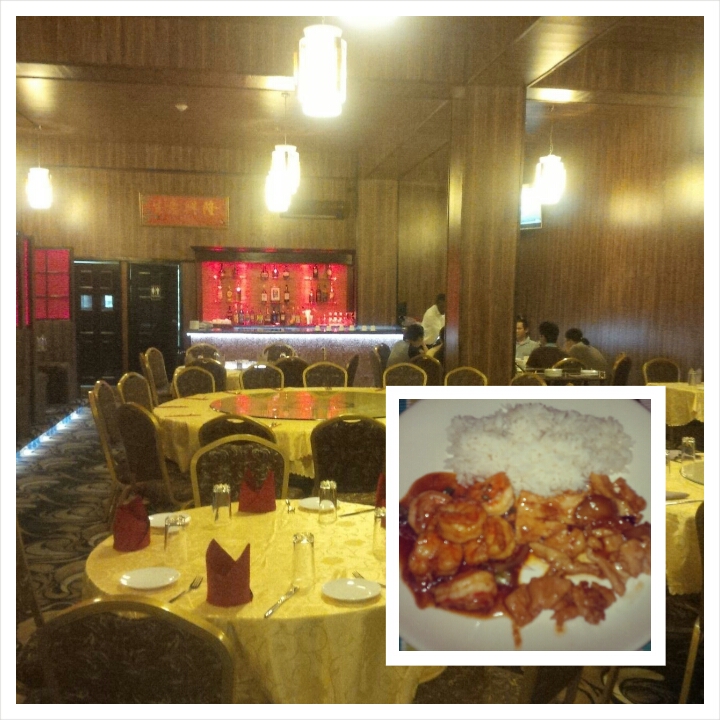 Taurus Court Restaurant is the Chinese restaurant that recently opened in Musgrave Commercial Centre across from CPJ Market in Courtyard 71.

Suga took take-out last Sunday and thought it was average. Wonton soup was well, Wonton soup ($350JMD). The Satay Shrimp ($2000JMD) was good, while there was nothing special about the Chicken with Black Mushroom ($1400JMD). Prices are similar to other Chinese restaurants around town and the ones quoted do not yet include G.C.T.

The decor was decent and service time was the usual 15 to 20 minutes. However, there was a language barrier. The lady who took the order could hardly speak English, but she was so sweet. Just ensure you point to your dish on the menu. Hopefully they have someone else to take orders over the phone.

Well, at least there is another option around town. Chez Maria is open as well and although their sign has Sunday opening hours, they won’t be open on Sundays until April 12th. Now hurry and open up Tea Tree Creperie. There seems to be a Sushi Bar that may open soon in the plaza too. 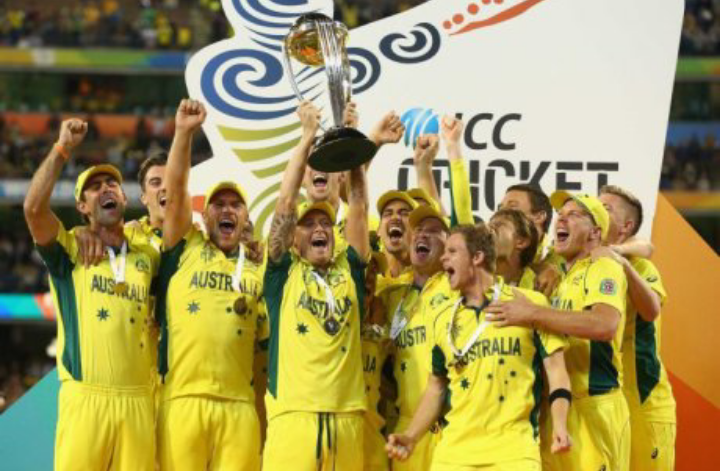 Australia bowled out New Zealand for 183 runs in 45 overs at the Melbourne Cricket Ground last Saturday. They then moved on to win their 5th World Cup title by 7 wickets with 186/3 (33.1 overs) !

Australia certainly was never our favourite to win the tournament based on past rivalry with the West Indies but well done and Congratulations to them. 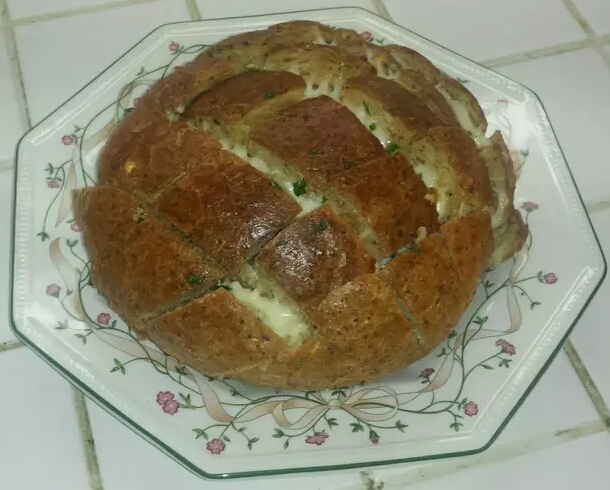 1 cup – Shredded mozzarella or any other melting cheese

2. Melt butter in microwave and then mix in with the garlic and parsley.

4. Use your fingers or knife to pry open each crack and drizzle in a teaspoon of butter mix and stuff in a pinch of cheese.

5. Wrap with foil and bake for 15 minutes until the cheese has mostly melted.

6. Unwrap and bake for 5 minutes more just to make the bread nice and crusty.

Tip: To make ahead, after wrapping with foil also wrap with cling film as well. Store in fridge overnight or freeze to store for longer. To cook, thaw completely then follow recipe instructions to bake. Always use baked bread, not uncooked bread dough. 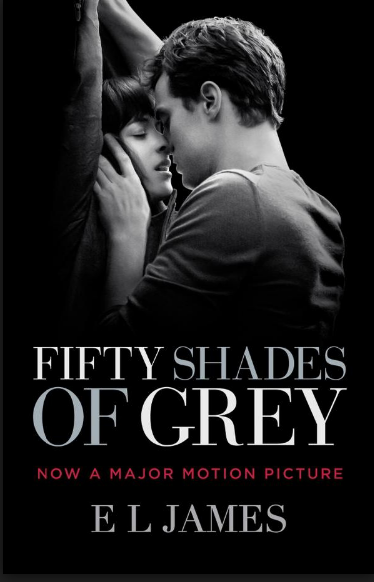 Suga thinks they should have gone straight to the action and then show us the foreplay in the sequel, with how it all began. They had the excitement in reverse. So movie watchers, don’t give up on the sequel, it should be better, especially if you read the series and know what to expect. 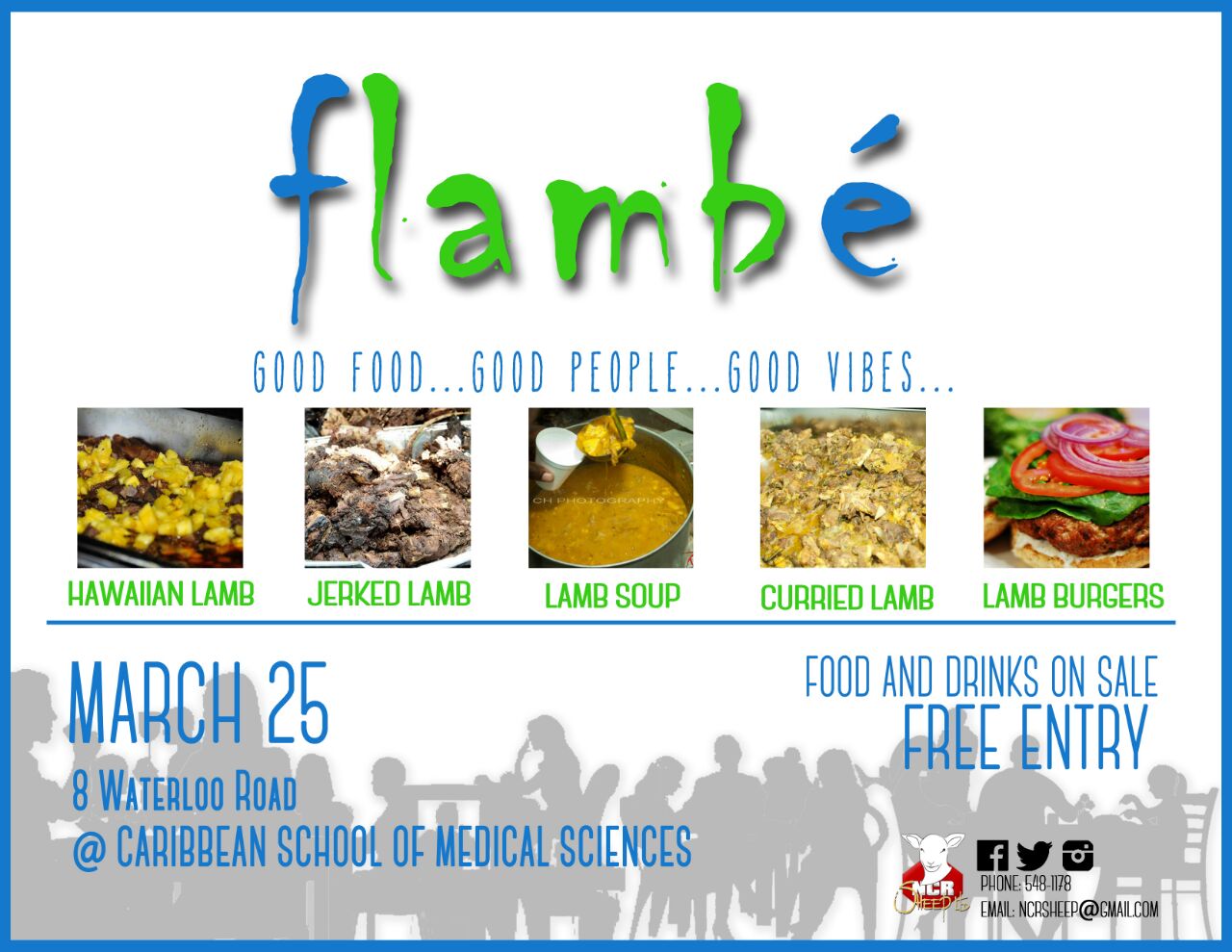 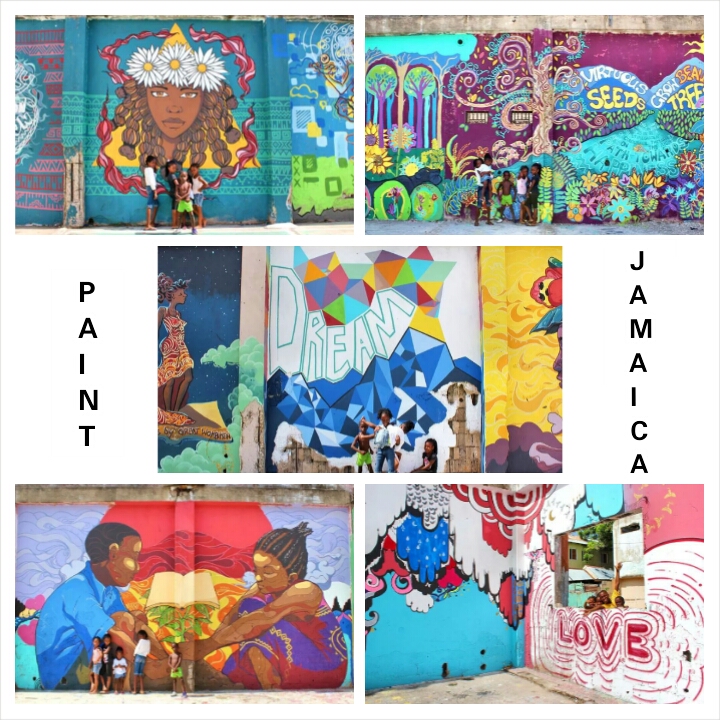 The Paint Jamaica initiative started in 2014, with the concept of transforming Jamaica’s visual surroundings as a social intervention via art and uplifting messages.

For instance, Paint Jamaica has connected with residents of Parade Gardens to understand their aspirations. Their feedback has been translated into beautiful, insightful murals with a positive impact designed by talented artists from all over Kingston.

Paint Jamaica has now grown into a true community project, engaging volunteers from various backgrounds as well as residents of Parade Gardens.

Paint Jamaica plans to carry the movement islandwide. In recent news, I-Octane should have shot his new music video, ‘Don’t stop di vibe’ on Fleet Street last Sunday. A huge, abandoned warehouse used to be on 41 Fleet Street, which has been transformed into a new street art landmark.

Paint Jamaica can be contacted at paintjamaica@gmail.com and feel free to keep up to date by liking their Facebook page, Paint Jamaica.

If you would like to make donations in order to contribute to uplifting inner-city communities through the arts, follow the link: http://tinyurl.com/kbg7rto.

The various murals created by Paint Jamaica have also been framed,  printed on mugs etc. for sale in their new Paint Jamaica Store at http://tinyurl.com/p9y93cb with all proceeds going towards future Paint Jamaica Projects. 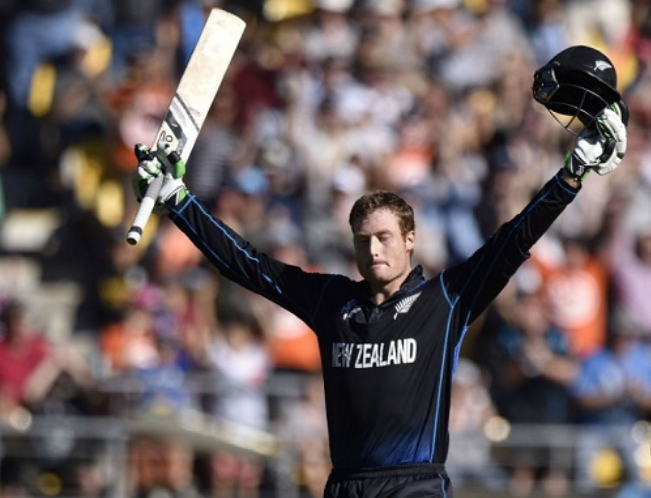 Martin Guptill surpassed our very own, Chris Gayle’s record of 215 made earlier in the tournament, to hit the highest world cup score, a smashing 237 runs not out. Credit must be given to Guptill’s magnificent performance, hitting all of 137 runs off of his last 52 balls, whether balls were bowled short or long, but our bowling and fielding was poor. Guptill got time to settle into long partnerships and Marlon Samuels dropped a crucial catch to get rid of him. Those catches you do not miss. They stood up and watched many balls roll to the boundary. We often fail to get dirty and dive to stop balls like other teams, harming us in the long run. The result for New Zealand was 393/6 (50 overs).

West Indies ended their innings at 250 all out in just 30.3 overs. Gayle made an exciting but short-lived 61 runs, then wickets crumbled even faster. New Zealand won by 143 runs. On top of that, Jamaica is not the only one with a ‘Bolt’. New Zealand’s fast bowler, Trent Boult is at his peak, as he took 4 early wickets. Sadly, Gayle and to a small extent Jonathan Carter, were the only threats New Zealand faced and they knew it. So, what was our strategy? Clearly the wrong one. Great effort was shown by the West Indies where batting was concerned because the result could have been much worse or embarrassing, as we have witnessed before in those situations. However, I believe they were incorrectly guided.

With a massive target of 393 runs, the strategy should not be to go out there and instantly make as much 6s and 4s as possible. After all it is not 20/20 cricket. They should have attempted to bat out the entire innings, peaking at the right intervals, not wildly going after 99% of the balls bowled exposing the wickets or blocking them when it was too late resulting in LBWs.

Overall, the current West Indies team is not good. Well clearly we haven’t had a good one in a while. The sport has evolved and we cannot rely on raw talent anymore. Teams West Indies used to destroy in the past have moved way beyond us. Teams we used to rival in the past such as Australia and New Zealand, totally demolish us now at practically every meeting if not all. What are they doing differently? When Australia wanted to pull themselves away to make themselves better than us in our hay day, they started looking back at the tapes, at every angle. They took it to a technical level. It’s like what is happening now with the death of Brazilian or South American football compared to European football. Times are changing and so are techniques, styles and tactics. Therefore the way West Indies are currently and have been training need to change. In a situation with a an unfit Gayle who barely got cleared to play New Zealand, all should not rest on his shoulders.

As shocking as it may seem, some of us still rally around the West Indies and do not refer to them as the ‘Worst Indies’. There were a lot of men named, ‘Hopeton’ in the bar on Friday night. I am appealing for us to rebuild. At the end of the day, the players get blamed but from management right down is responsible. 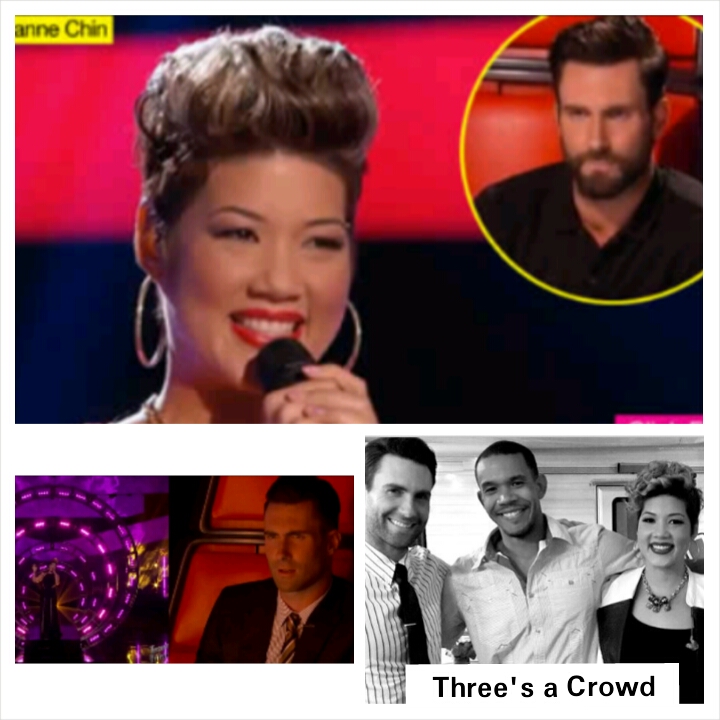 I respect that both Tessanne Chin and Michael Anthony Cuffe Jr. may be going through a hard time right now. Who knows who left who or if it was a mutual decision, but a laaaaaaang time dis fi happen! Sound wicked don’t it? But why Tessanne not BIG right now globally after all that excitement about winning The Voice?! What has been holding her back? She thinks she can reach anywhere doing shows for Digicel and living in Jamaica? My darling Tessanne, you have everything in reverse. Live in Jamaica after you make it big times three.

Taking it back to The Voice. All Tessanne needed was a little scandal you know. The world was watching how her coach, Adam Levine looked at her. Her season was the first season him bring him team to his yard?

Let me talk to Tessanne now. Just seh you and Adam have a likkle ting nuh. It don’t have to be true, but launch your career. Start a twitter war with some of Adam’s Victoria Secret models. More than half of the stars in Hollywood and the Music Industry have done that. People will get over it if you worried about your image. In a few days it will be stale news because Drake may be throwing a bottle at Chris Brown in a club. Your dear husband would know it’s not true from you plot or accept the plan. It all comes down to your wonderful talent at the end of the day. But do you think having him there on almost every episode and your career not even started yet going to boost anything? No. Then all the pictures for your fans on instagram with you and Cuffe stuff in the Bahamas, Kisses for Cuffe stuff, I miss my Cuffe stuff. Tessanne really?! Three’s a crowd with Nuff Cuffe. Nobody cares! Cute but not hardcore. Lastly, it’s great you are promoting Brand Jamaica with all these clothes you have been dressed in by Kerry Man Woman Home, but you picked the wrong person. All these pants and pencil skirts won’t cut it! Lose some weight and get your sexy on. I’m all for embracing your fluffiness but let’s keep it real, that’s how it is done. Powerhouse voice, Jennifer Hudson couldn’t keep her dream alive after doing well on American Idol and Dreamgirls without losing some weight. Think she would be singing for Lucious on Empire if it was back in 2006? Tessanne, you are not young either. You’re not 22, you are married, borderline hefty, but beautiful and you decide to live in Jamaica immediately after winning the Voice. That is ending your career before you start it girl.

The entire Jamaica was behind Tessanne to win The Voice, like Olympics. Pot cova from Half-Way-Tree to Cherry Gardens and more, have we voting for her like crazy in a wi good good Christmas and spending money to buy her song on i-tunes. What a disappointment. Whether Cuffe stuff held Tessanne back or she felt guilty from being away from him for long, sometimes love is not enough. Or was she just too concerned with maintaining her current sober, bland image and being herself? She shouldn’t worry about that. Artists mould back into themselves after making it, initially having a hard time filtering into the industry. That’s part of the game. She should have known that from before she went on The Voice. What did they expect? Don’t waste people’s time and energy. 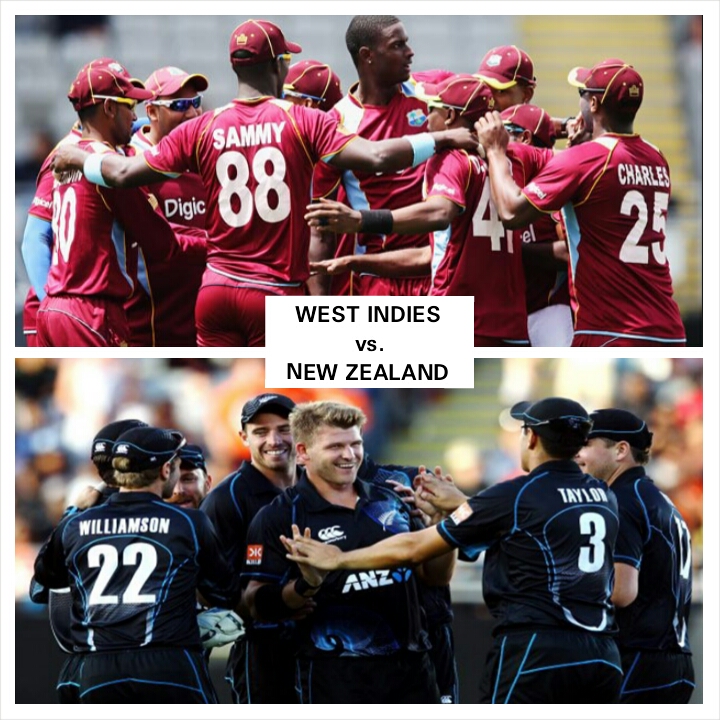 Sri Lanka, Bangladesh and Pakistan have already gone home. Did they save the best Quarter-final for last? Tonight’s action will feature our very own West Indies facing the hosts of the ICC Cricket World Cup, New Zealand. Clearly the odds are against the West Indies and could the fact that the pressure will be off of them work in their favour? Doubt it, but they have nothing to lose. Let us watch closely tonight and see the outcome. 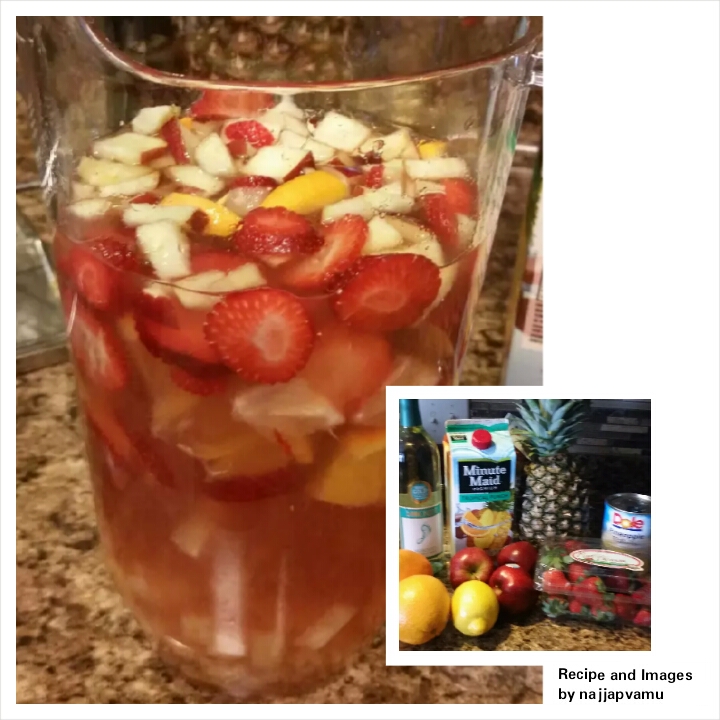 1. Cut up all your fruits to add to the sangria

2.  Add all the fruits in the pitcher

3. Pour in all of the pineapple juice and half of the tropical fruit juice

4. Add half a bottle of the wine and stir it all together then put it in the fridge to chill