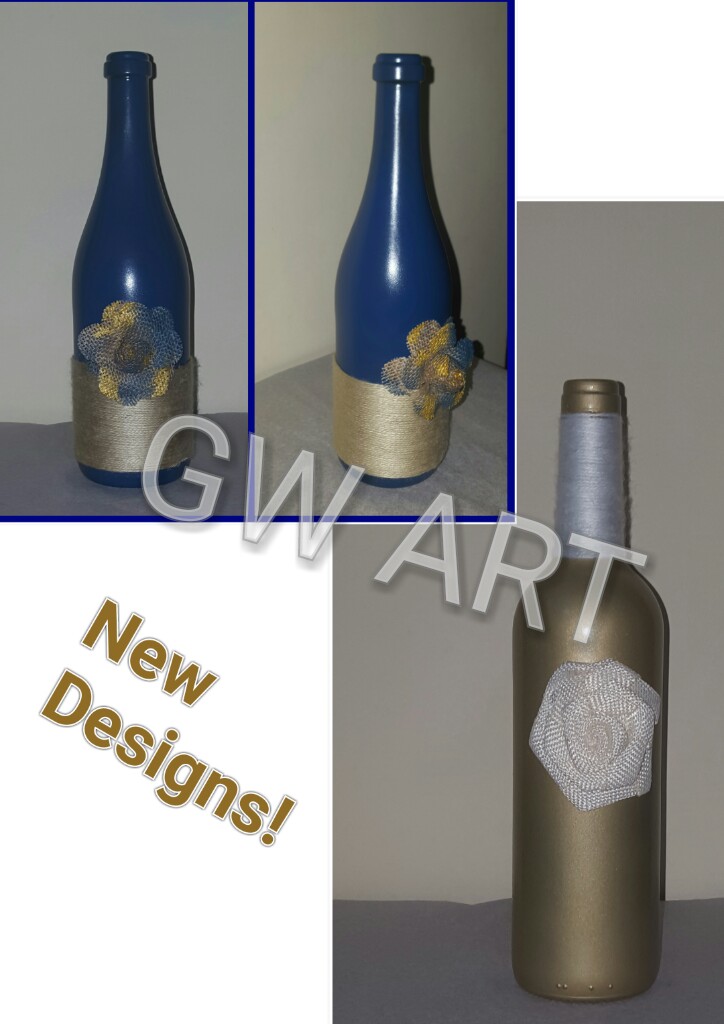 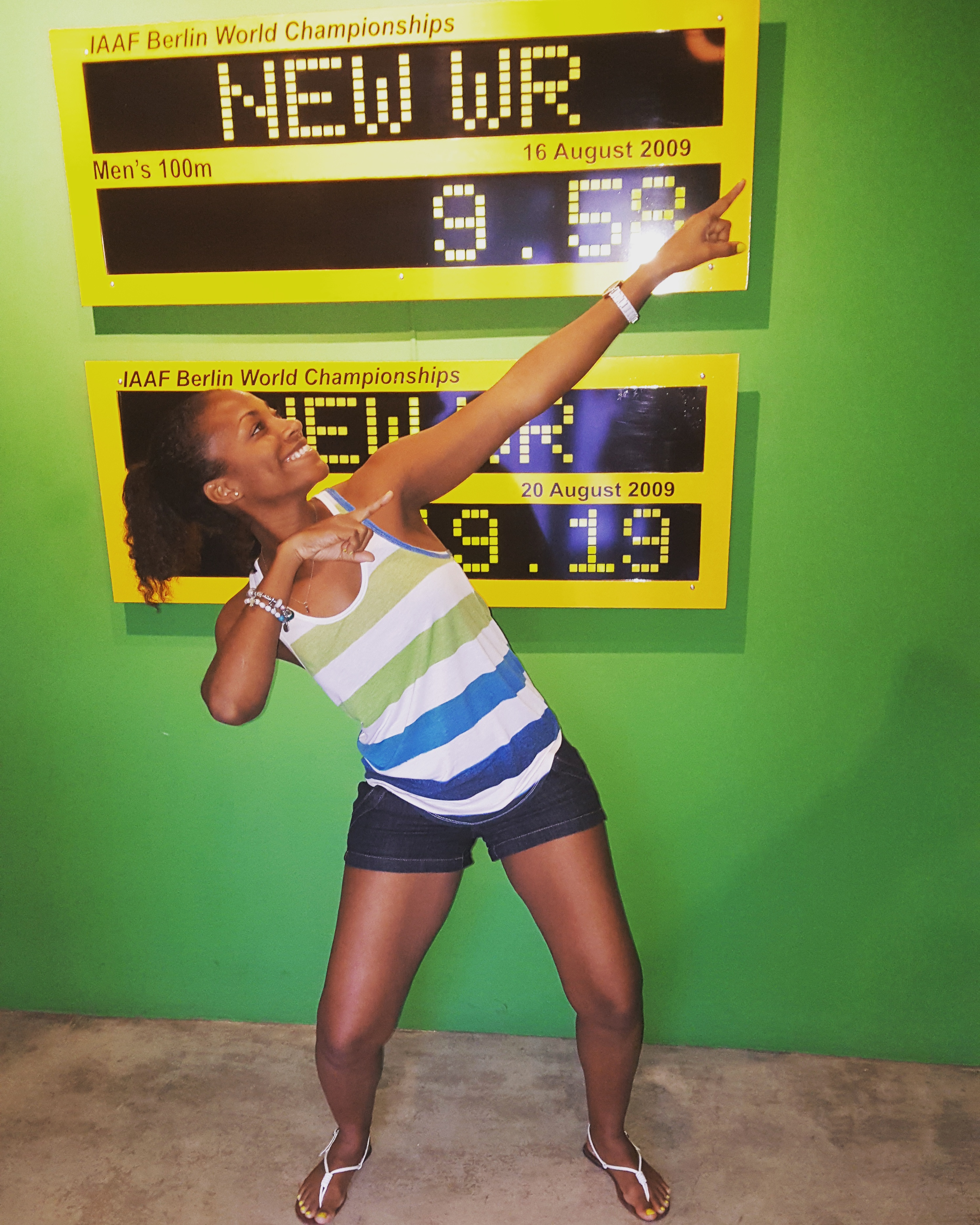 Suga visited the new Usain Bolt’s Tracks and Records in Ocho Rios about 2 weeks ago for drinks. The pleasant female bartender served up some tasty cocktails that were creepers. They did warn you on the menu not to drink them too fast!

Loved the innovative décor and use of colours.

I’ve heard the food is good. I could see persons got decent servings and our service was good.

There is also live band entertainment on Friday nights.

The negative? The location. A landmark Restaurant and Bar like this should be at a more attractive location, easier and safer to access by tourists and locals. So I doubt this franchise will do well. 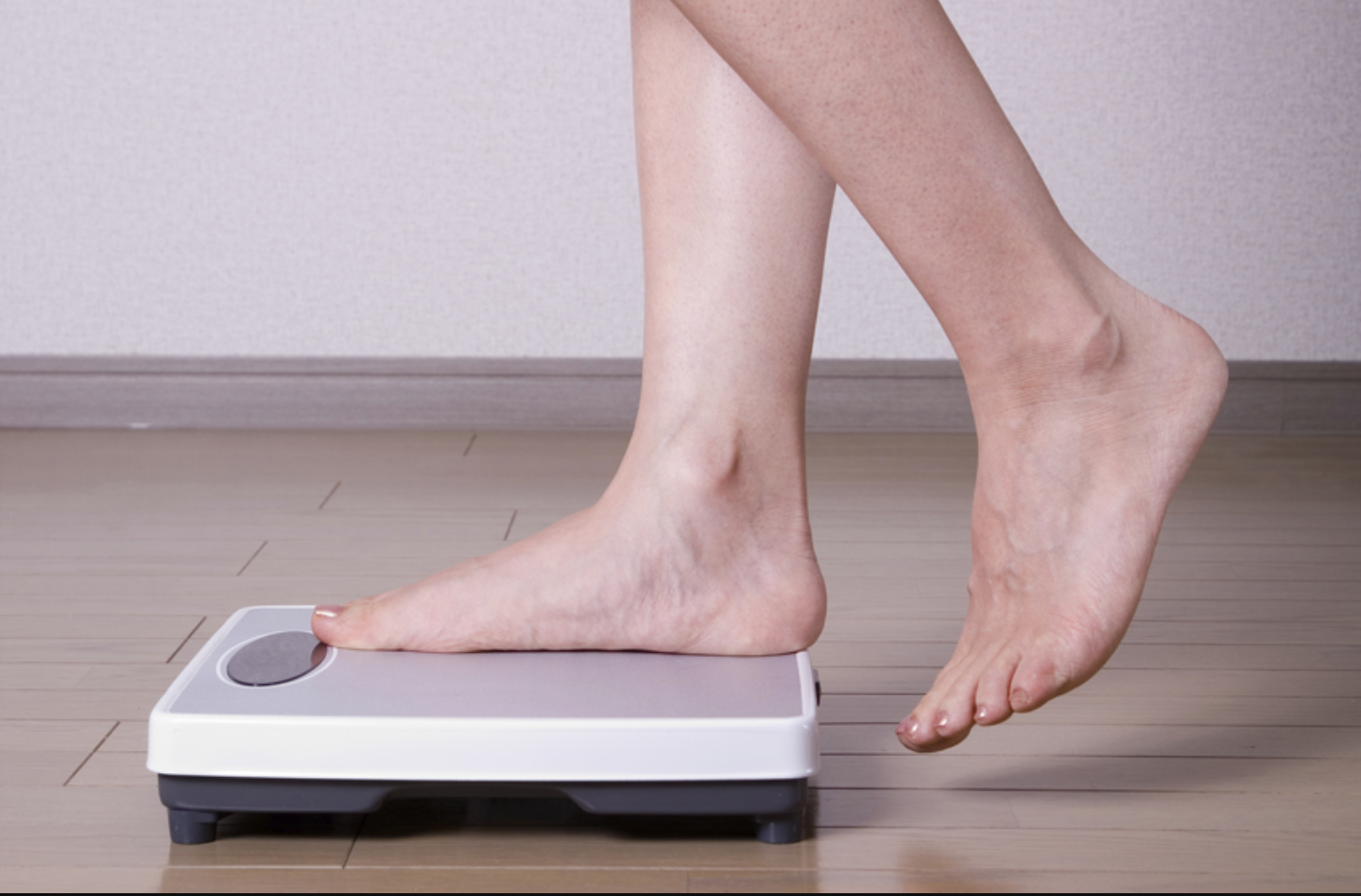 Getting fit for Christmas so you can eat on Christmas Day and Boxing Day guilt-free?

Wednesday is the best day of the week to accurately check your weight according to Personal Statistics and a study published by the Public Library of Science.

Remember it is always best to weigh first thing in the morning in the nude after you have used the bathroom and before eating or drinking anything.

Persons who exercise regularly and eat properly during the week tend to weigh less on a Wednesday after fluctuations from binge eating and/or drinking or getting in a cheat day the weekend before.

So try this once a week method instead of driving yourself crazy seeing your weight go up and down on different days of the week. GW Art Table/Desktops and Decorative Bottles from the New Collection Launch at TSO are available to order NOW! Prices are $2500JMD and up for great, unique Christmas gifts.

These 2 Table/Desktops are still available from the launch.

The Graphic/Abstract ‘Martini Madness’ is always up for grabs and is available on larger canvases.

Here are some favourites for the Vino lovers!

Those who love Jamaican art, here you go!

Decorative bottles will be coming in new colours with different ornaments too! Stay tuned. Go to the Cafe Blue nearest to you! How was Restaurant Week for Suga and her Suga Bears? Not so exciting. The majority of Suga Bears’ responses were ‘meh’, ‘It wasn’t all that’ and ‘I didn’t participate this year or feel the urge to’. I totally agree. Marketing was probably at its lowest this year. It seemed as if the Ambassadors were practically invisible until the week had almost passed by. The Nyam & Jam Food and Drink Festival had a lot more buzz going on. Did the US elections and the victory of Donald Trump kill advertising? It’s partially the media’s event so they should have had control over that.

The lack of creativity and variety in Menus were also disappointing for many this year, causing some not to participate at all.

Though in agreement, I still tried to find and suggest the best Restaurants and got a few to change their mind. One was pleasantly surprised with Nirvanna Indian Fusion Cuisine’s Nyam and Scram. It was not only affordable but filling and delicious with the right amount of spice.

Suga can’t say the same for CPJ Deli’s Nyam & Scram though. Thankfully I made the right choice with the Pan Seared Snapper Fillet. It was the best of the worse at the table with its bones and all. The Grilled Garlic and Ginger Pork Chop was lacking seasoning and a salivating sauce and the Crispy Parmesan Shrimp Salad was a disaster. The best thing on that plate was the taco shell that the Salad came in. The Salad arrived at the table with no vinaigrette as advertised and the Shrimps were burnt. When my friend was already trying her best to get halfway through, the waitress realised she forgot to serve it with the vinaigrette and Parmesan cheese for the Shrimp. The Parmesan cheese could not help that dry, burnt Shrimp though. Most of the staff were unpleasant and seemed overwhelmed by the Deli full of diners. They usually have good service but last Saturday was horrible. Even getting an extra fork was a production. Their Restaurant Week menu did not include a Soup or even a Muffin but only a glass of wine or a Vodka mix along with the meal. Thankfully we digressed from the Restaurant Week menu and ordered the Chocolate Endulgence. Go to CPJ Deli if you are in need of a proper Chocolate fix! Let it soften from the fridge for a bit and then allow it take your breath away. Endulge!

Cannonball Café was a good Nyam & Scram pick as I had suggested. They really were all that and a bag of chips.

The Houseboat Grill (Delectable) in Montego Bay was average and the food was described as salty. Have they fallen off? That would be a shame. Suga will have to revisit and see for herself.

Mystic Thai (Delectable) in Montego Bay had good feedback. It was said that their ambiance and service were great as usual. They offered 1 of each Appetizer. My Suga Bear was not a fan of the Wings Appetizer and found the Salmon to be satisfactory, but enjoyed the Minced Chicken Entrée and Chocolate Mousse.

Marguerites Seafood by the Sea in Montego Bay (Epicurean) has kept up its sensational standards.

I was let down by the build up for L’Escargot (Epicurean). Thankfully the best thing was their Escargots. Long waits, tasty but not so delicious food, desserts that were not decadent and waiters that lacked charisma. Not value for money but will revisit as they have an extensive menu.

I was disapponted that I did not get to try Boardwalk Bistro, Ocho Rios (Tasty) for Restaurant Week. They took a while to greet me as a diner and did not start serving the RW menu until 5:30pm. Since it was literally on the Boardwalk close to the sea and given the casual look of the Restaurant & Bar, I think it would have been appropriate to offer their menu during lunch time was well. The tourists on their Cruise may have also enjoyed that option.

Sadly I will have wait to return some day to taste their Rum Fire Ice Cream Cake (if available) that I was looking forward to, as well as one of their best sellers, the Fisherman Seafood dish with scallops, shrimp, squid, mussels and fish.

Great Escape at Runaway Bay Golf Club (Savoury) was a pleasant surprise. New kids on the block with great service and food with a picturesque view.

Evita’s Italian (Delectable) also held it down in Ocho Rios. Kudos to them. They had another good year.

In Kingston, it was reported that Redbones (Delectable) was good but not great. I think they are consistently good but didn’t see based on their menu where they would be spectacular.

Saffron Indian Cuisine (Savoury) was not prepared for Restaurant week. A Suga Bear had an 8:00pm reservation with friends and got seated at 8:50pm at a two seater table for three people. What a shame.

The Regency Room at Terra Nova All Suite Hotel (Epicurean) lived up to its reputation of having the best Lamb Chops!

Many Restaurants may not have been mentioned but these are the highlights for Suga this year based on experiences and feedback given. If you did not choose to participate in Restaurant Week this year, still have a look at the Restaurants at http://www.go-jamaica.com/rw/ and see where looks interesting that you haven’t visited as yet. Let us remember Restaurants not only treat diners with special offers for Restaurant Week but participate for opportunities to expand their patronage and debut new items on their Menus.

I look forward to trying Bettino by Drax Hall Estate, Ocho Rios and Smoked Marlin in Hanover some day soon.

Well that’s it for this year folks. Until next year! The Kiwanis Clubs of Constant Spring and Liguanea will be hosting a Dutch auction tomorrow, so u could literally bid the last $1,000JMD and win. It’s who make the last bid that wins, and u only contribute ur incremental bid!
Try your luck tomorrow and even if you don’t get lucky you will be contributing to charity.

Help to build a better Jamaica. Climate change affects us all, but let us start with our Children.

Restaurant Week diners will get Complimemtary Henna Tattoos this evening at Mystic India in Montego Bay.

***Reservations are recommended for Henna.

Give them a visit, enjoy some Indian cuisine and get your Henna on!