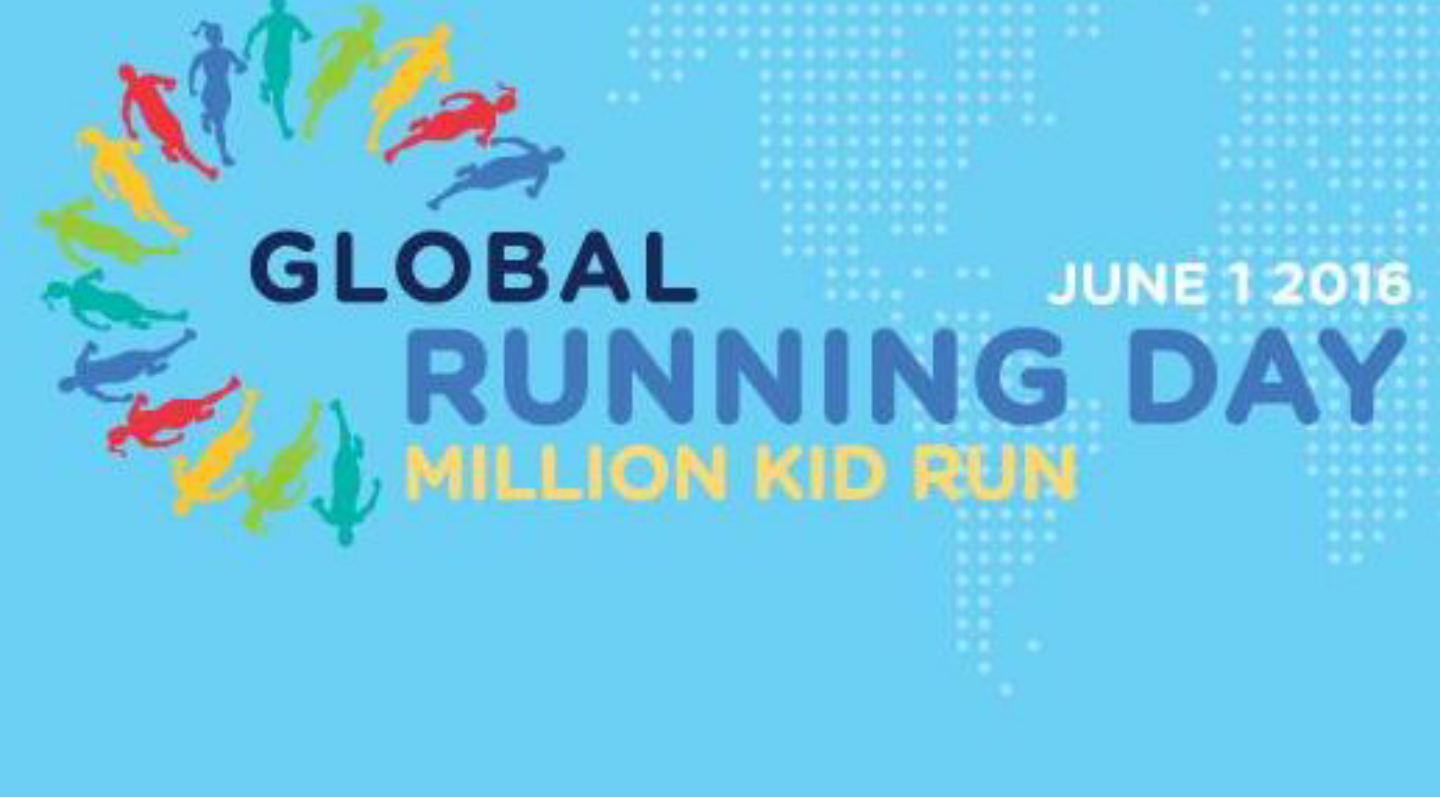 WGTR Jamaica will be hosting a 3-5 mile run tomorrow morning at 5am from Loshusan in Celebration of Global Running Day.

The Cost is just $300JMD for Security and all are encouraged to bring an old pair of Sneakers to donate to Charity.

Head to http://www.globalrunningday.org and create your own badge. 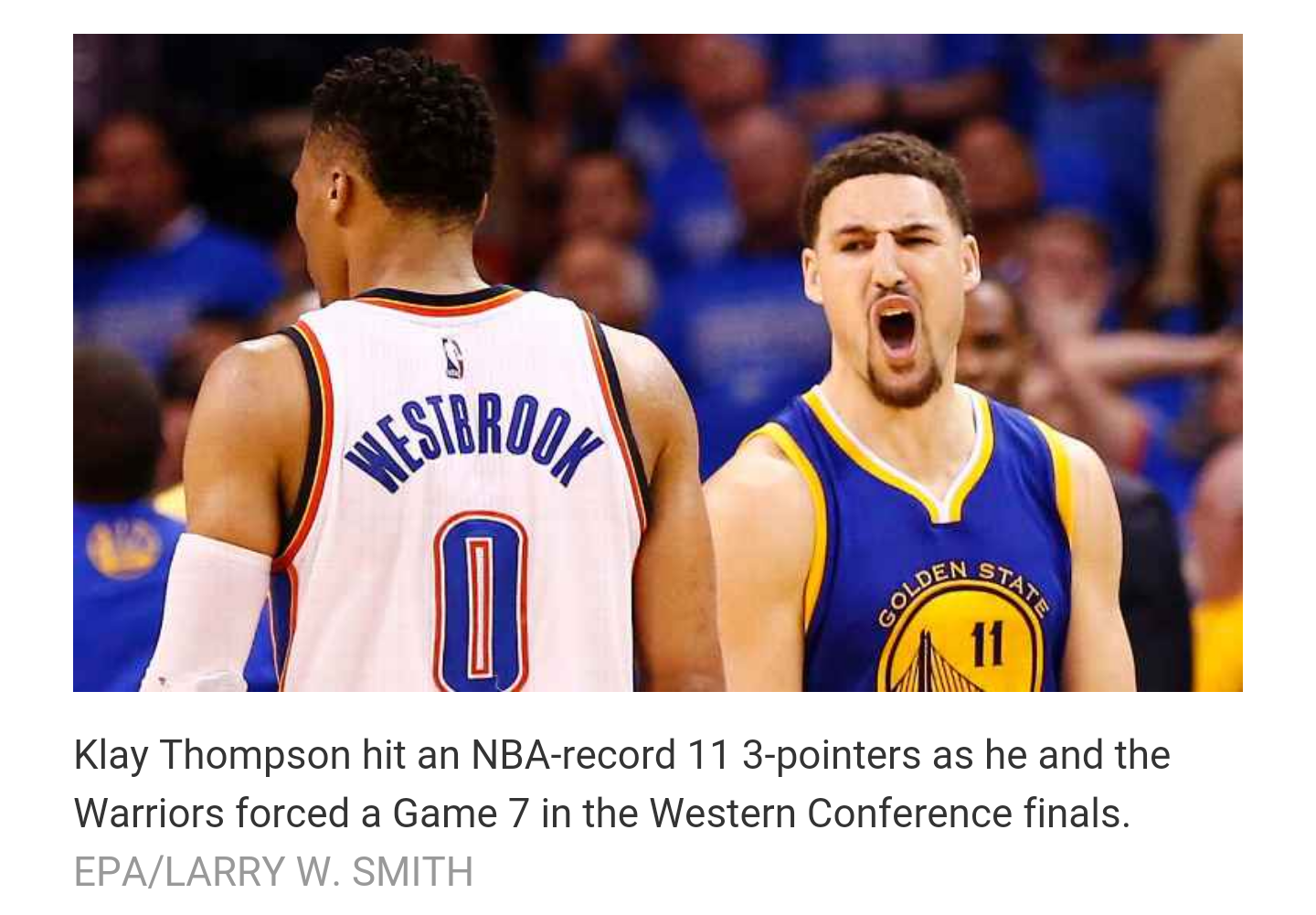 When many started to doubt the determination and winning spirit of the Warriors who faced elimination last Saturday night in Oklahoma, Klay Thompson led the team with 41 points to force a Game 7.

73 wins was not enough for Klay Thompson though. He made an NBA record scoring 11 3-pointers and imagine it could have been more. He said it himself when interviewed after the game. He missed a few good looks in the first half and was visually upset with himself. Then in the second half he just turned on the nasty.

What happened to OKC? They choked. Plain and simple. Durant with 29 points and Westbrook with 11 assists did well but not great. In a Game 6 on your homecourt trying to put a away the Warriors so there is no Game 7 in California, you have to be GREAT. Both teams took a while to warm up in the 1st quarter, missing a lot of shots. Durant played selfish basketball in the first half. They still managed to lead by 13 and more at some points but the Warriors kept coming back within reach and closed in to be within 5 for halftime.

In the second quarter, OKC starters were in foul trouble then eventually both teams went over the limit. OKC failed to get crucial rebounds and for Suga, if your rebounds are not on point, forget about winning the game.

In the 4th, the other Splash Brother, Steph Curry came alive when it counted. No worries folks, there is no sibling rivalry here. Curry sealed the deal when he hit that floater over the energized, Serge Ibaka to take a 5-point lead with 14s remaining in the game. OKC marginally outscored the Warriors for 3 quarters but choked in the 4th with Warriors outscoring them 33-18. Warriors 108 – 101 OKC was the final score.

GAME 7 will be tonight at 8pm in California! The Cavs who destroyed the Raptors in Game 6 await the winner for the Finals. 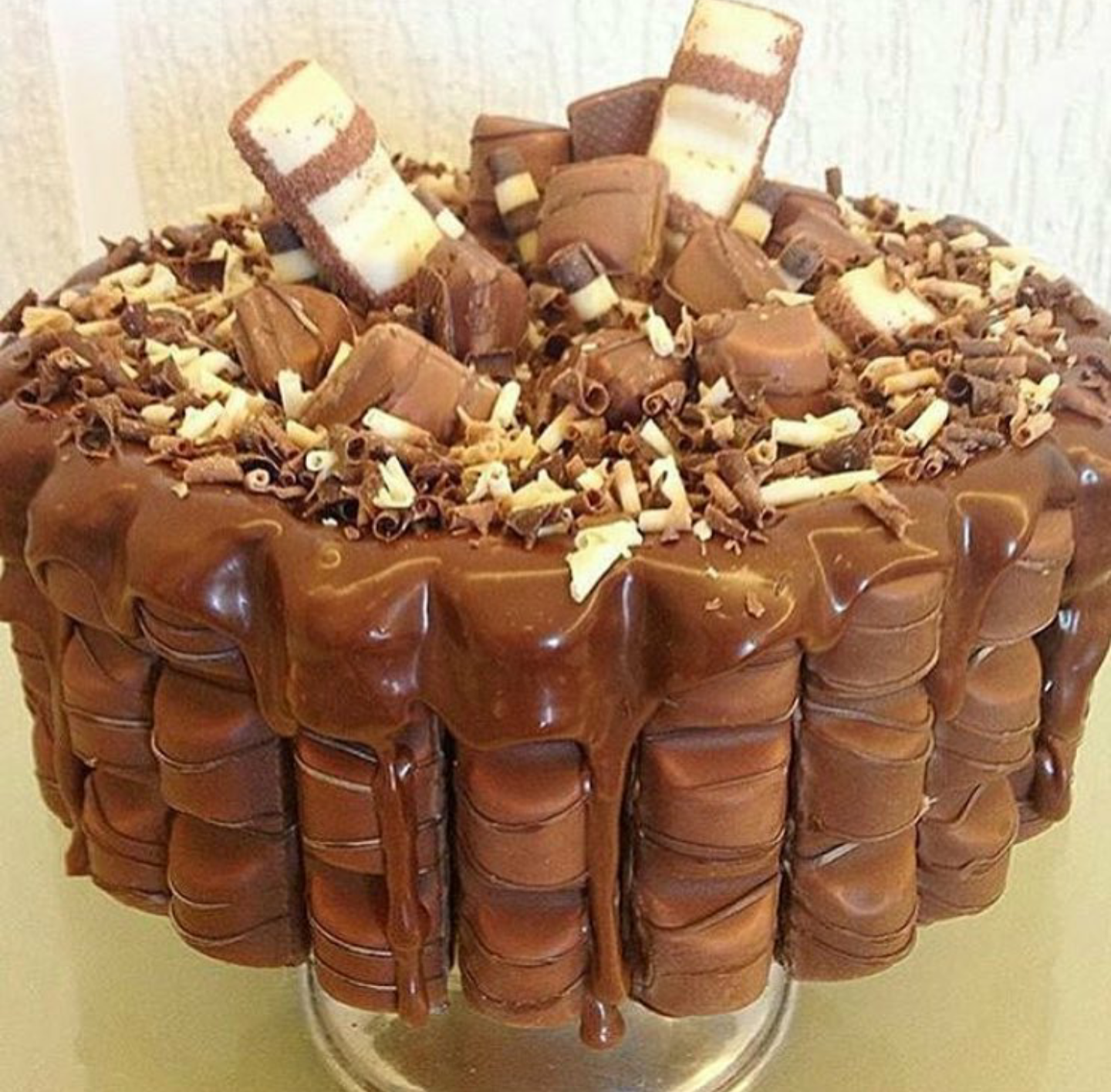 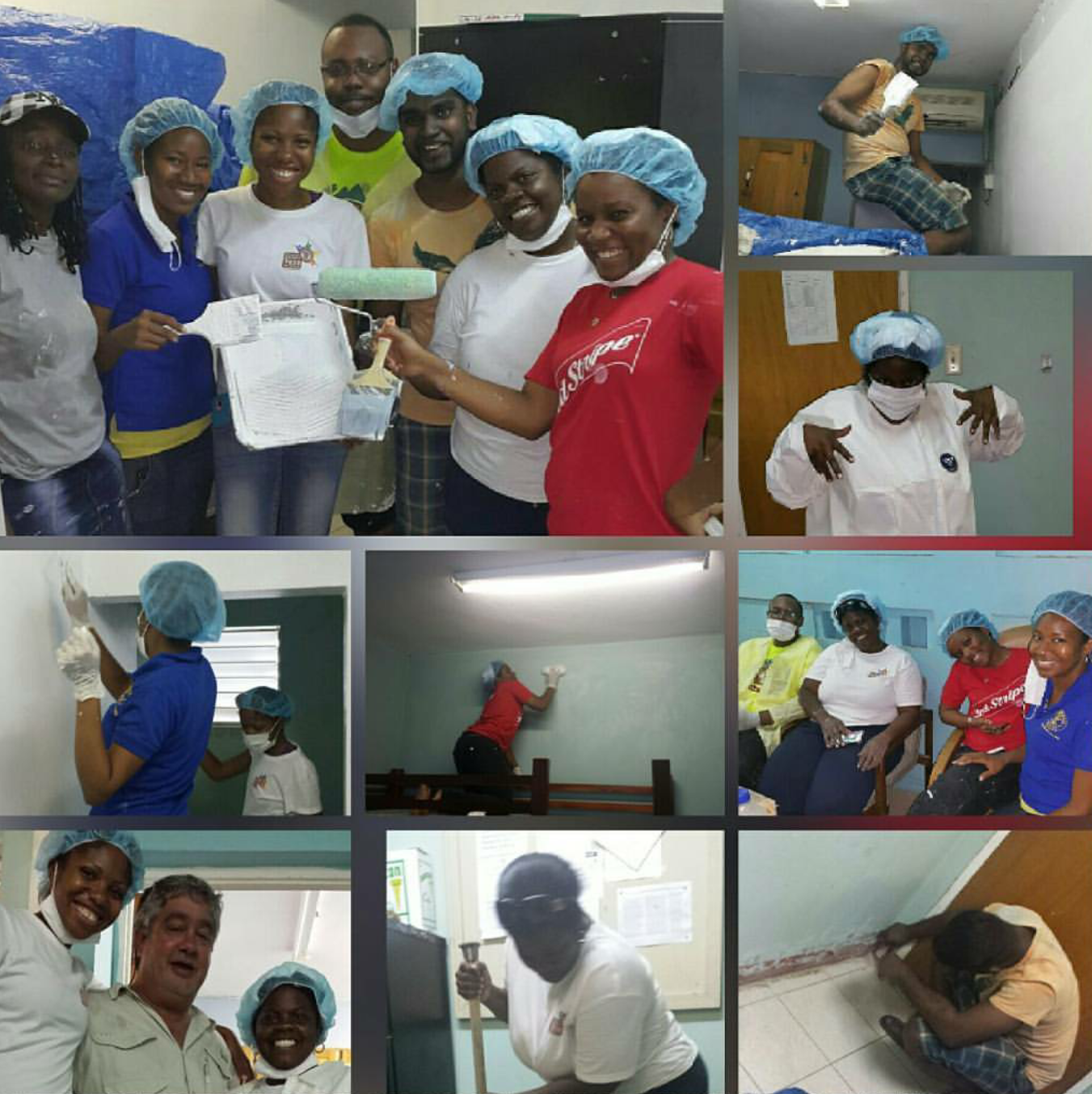 Some Jamaicans kept the the tradition of going to work on Labour Day by helping to give Jamaica a facelift, painting and doing repairs to Public buildings, roads, their offices, homes and more.

Kudos to all who could have used it as a rest day but decided to take on the manual labour.

Sometimes Jamaicans may see Pedestrian crossings and still choose to cross the road at another point and put themselves in danger.

Hopefully the brighter Pedestrian crossings as a result of the work done on Labour Day will remind Jamaicans that they should cross there.

Remember to do your part to help Build a Better Jamaica. 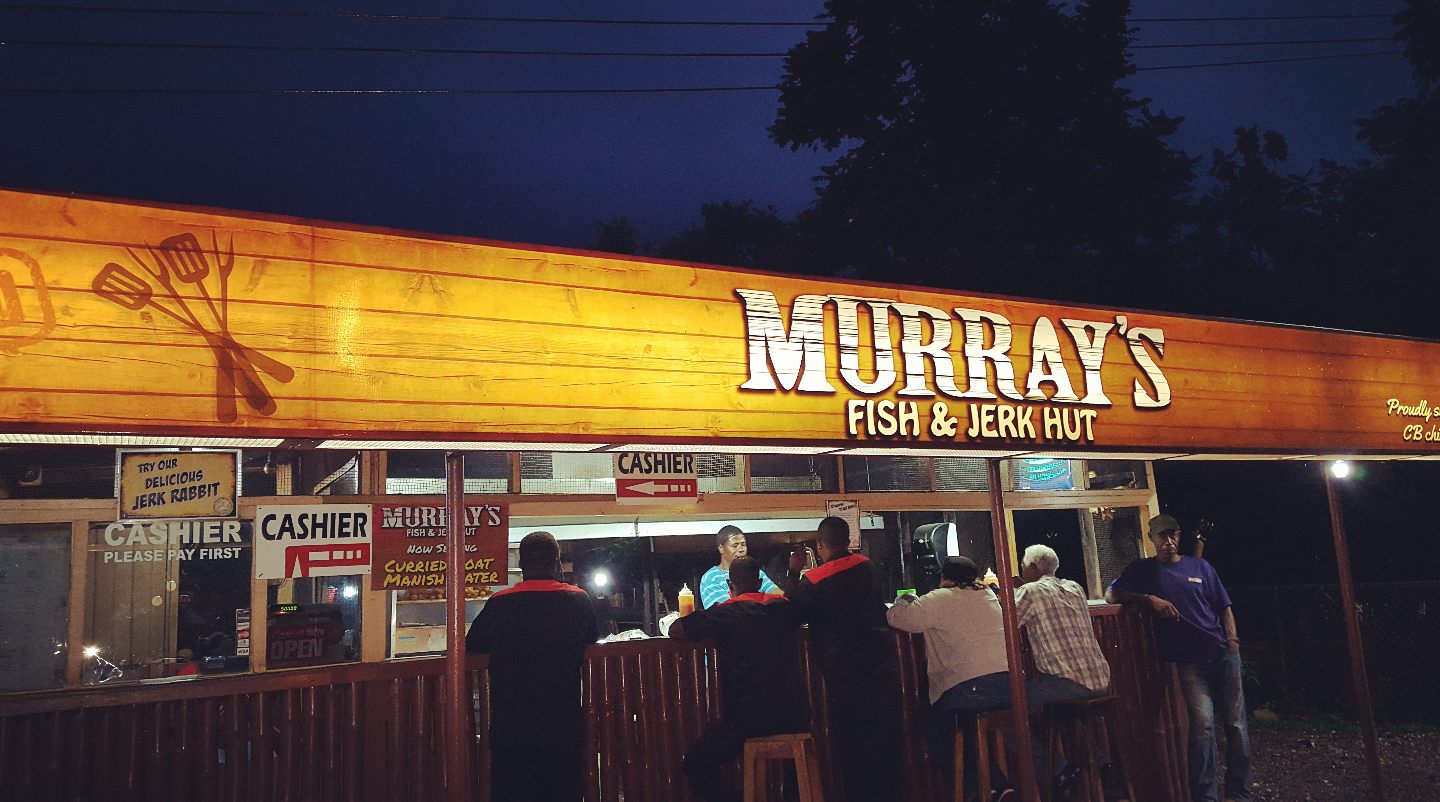 You can get Steamed fish, Brown Stew fish, Fried fish, Curried Goat, Festival, Bammy and Soup on one side and on the other side you can get the usual Jerked Chicken and Pork and try their Jerked Rabbit!

I had Fish soup, Jerked Chicken and Jerked Rabbit. The food was decent and affordable. Service was quick too. None of the dishes costed over $1000JMD. Definitely value for money. 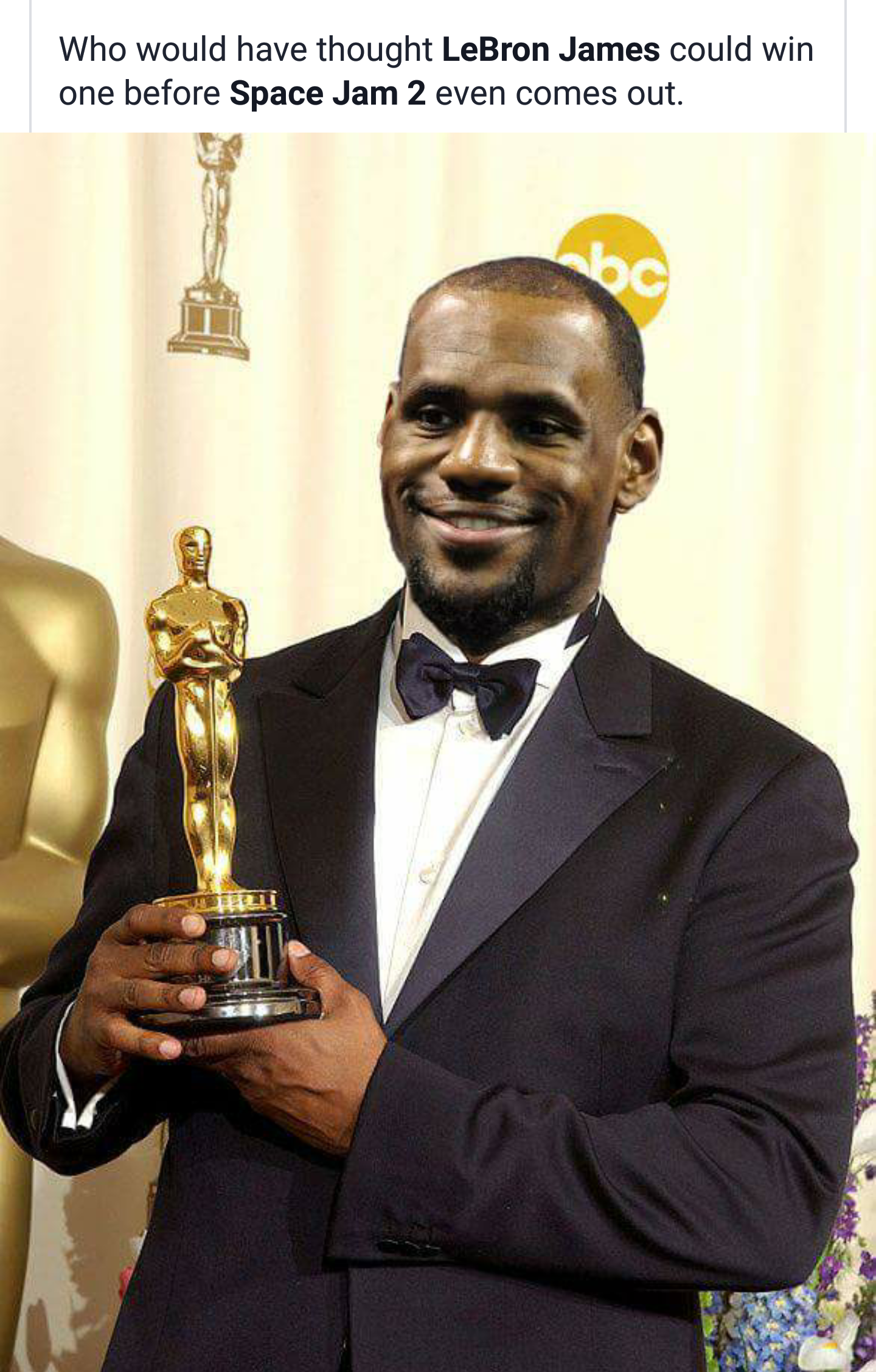 What a crazy few days in the NBA! This is not a season to gamble on. If you are, bet the total opposite of how you would usually bet. The outcome of games have been wild.

Firstly, LeBron James won an Oscar. The Raptors came with all claws out on Saturday night to take Game 3 with a 99-84 win. The game belonged to DeRozan with 32 points and Bismack Biyombo with 26 rebounds and some crazy blocks!

On the West side, OKC destroyed the Warriors on Sunday night in their home town to take the lead in the series 2-1 with a 133-105 win. Durant and Westbrook were unstoppable with 63 points combined and the Splash brothers’ pool has run dry. They had no answers. Then the drama! Draymond Green needs to humble himself real quick. His stats for most annoying or disliked player in the league by NBA fans are going up as we speak. He kicked Steven Adams in the balls and the controversy is that he did not get suspended, he just got a flagrant 1, which was upgraded to a flagrant 2. If he gets another flagrant he will be suspended. He just might at the rate he has been going. He needs to take a page out of Westbrook’s book this Playoff season because the Wild has certainly come out of Westbrook. He has been keeping real cool and that is dangerous for opponents. That just leaves his athleticism to do the talking.

The Raptors showed up again in Toronto last night and this time it was all Lowry with 35 points. Biyombo had 14 rebounds and 3 blocks. He continues to strive to be like one of his mentors, Dikembe Mutombo who was famous for the craziest blocks in NBA History. Biyombo even uses his gimmick. They may say he can’t because he is not Mutombo but he surely is acting like him.

This block was one of the highlights of the game.

Raptors led the majority of the game that included 16 point leads and more and finished the game with a 105-99 win. The Cavs have now dug themself in a hole like the Warriors. How will they respond when they head back to Cleveland if the Raptors keep this up. The Raptors are playing with pure heart.

In other Sports, the French Open has started. 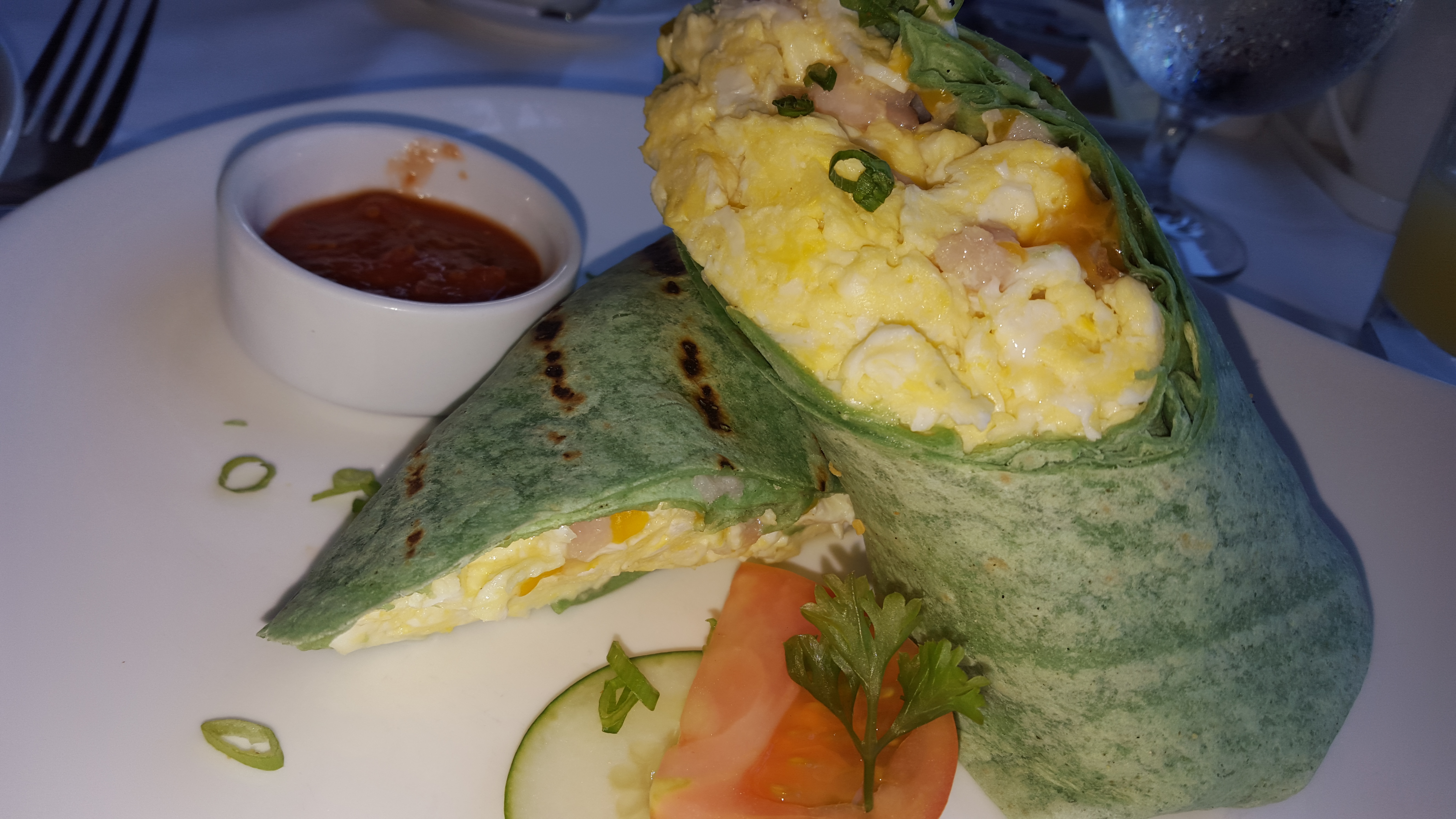 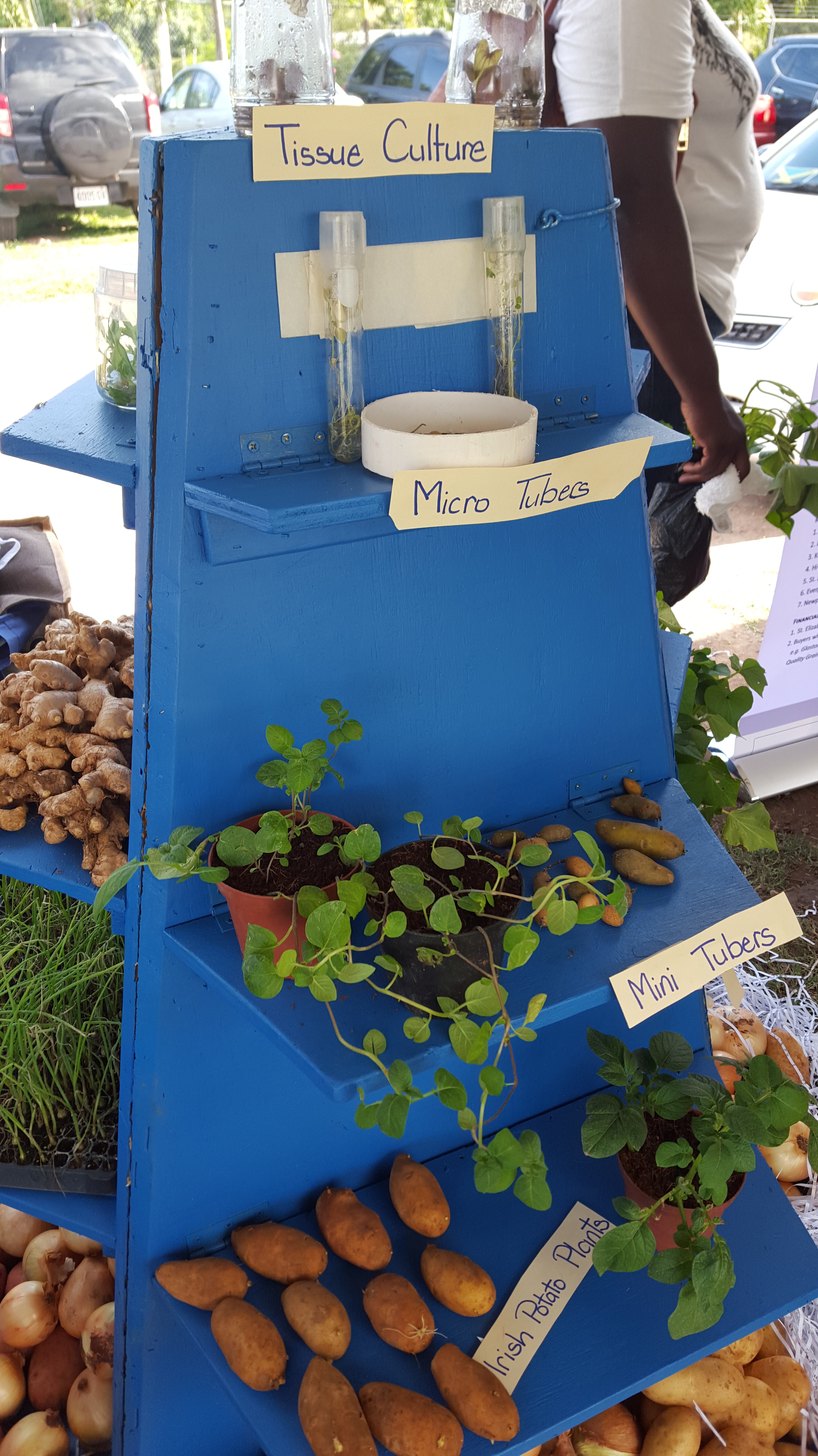 I was pleasantly surprised by how much I enjoyed AgroFest last Saturday. There was no rain on the day and the night before got rain so the grounds of Jamaica College were not dusty or too muddy either. It was more organized this year and had a lot more local vendors and organizations participating. It is hard to highlight booths as everyone showed great effort in their presentations and what they had to offer. However, some still managed to stand out above the rest.

A booth had a Tissue Culture display for Irish potatoes and Ginger.

Gavin Hill had the greatest variety of animals. He had a cursing Parrot, Turkey, Rabbits, Hamsters and Birds.

Other farmers from Kingston & St. Andrew had Goats, Sheep and Rabbits as well.

It was thus fitting to have NutraMix and Hi-Pro there, suppliers of animal feed.

Jamaica 4-H Clubs, who were celebrating their 75th anniversary had Fruits, Eggs and Vegetables for sale.

The College of Agriculture, Science and Education had an Aquaculture display, Jellies, Chutney, Sauces, Vegetables, you name it.

AG Chem Plant Ltd. had Pesticides and Fertilizers suitable for farming and other needs.

The Jamaica Dairy Development Board is back in full swing. They have been training 200 farmers the art and science of dairy cattle husbandry to make an increase in dairy production and make it sustainable by increasing the dairy cattle population.

They have been supporting the improvememt of institutions such as CASE and Ebony Park HEART Acadamy and others.

T. Geddes Grant Distributors Ltd. had their booth showing that they are suppliers of total Agricultural requirements to farmers and gardeners. They supply Herbicides, Feed, Farming tools and more.

The Food Storage and Prevention of Infestation Division as well as the National Irrigation Commission Ltd. had lovely 3-D models.

The WUSC Caribbean’s PROPEL (Promotion of Regional Opportunities for Produce through Enterprises and Linkages) were represented. Their Canadian Project ensures safe, effective and efficient movement of produce from the farm to high value markets such as hotels, restaurants etc. Crops supported in this project include Greenhouse vegetables, Onions, Ginger, Irish Potato, Sweet Yams and Sweet Potatoes.

The Cottage Farmers won Best Display Booth but Suga didn’t find them t o be that impressive. They are usually low in the standings so kudos to them for making a big improvement this year.

Jack’s Hill Community did not compete this year but the Burgesses, well known in the community had an AgroFest 20th Booth displaying Programmes of the Past, lots of pictures with vivid AgroFest memories, Liqueurs, Wines, Mrs B’s Honey, Jelly, Bammy, Rabbits and more.

I must also mention the unique fruits they had that persons did not have to buy but could come by and sample such as Black Sapote, Jaboticaba, Pink Grapefruit, Suriname and Caribbean Cherry and Clementine. Who knew Cherries could be spicy? Naseberries and Ripe Banana were also there. Other booths had fruits as well including Melons, Pineapples, Otaheite Apples and more.

Mr. Paul and Mrs. Veronica Burgess were recognised with plaques showing appreciation for 20 years of Support and Committed Partnership to the staging of AgroFest.

Jewellery, Pots, Clutch purses and Art booths were present as well. Certainly not a part of agriculture but definitely a part of Brand Jamaica, as the products were all locally made.

Top L-R: Claud Hoilett speaking with patron and Suga Bear, Kimberly Nesbeth. His pots depict the theme, ‘The Art of Clay is What You Can Imagine’

The winner of the Farm Queen Competition was announced too late, a bit after 7pm when it was quite dark surrounding the stage. AgroFest was advertised to be from 8am to 8pm. So they need to work on the lighting next year or finish all entertainmrnt within a certain time, because all the booths were pulled down by that time as well.

With that aside it was a lovely day. I enjoyed fresh coconut water, Jamaican food from Martin’s Jerk and Catering and my Guava slush. I also saw that the kids enjoyed the rides, bounce-a-bout, animals, clowns and balloons.

Most importantly, I thoroughly enjoyed the Performance of the Breadfruit dance. How could you have AgroFest and not ‘do di dance’?! 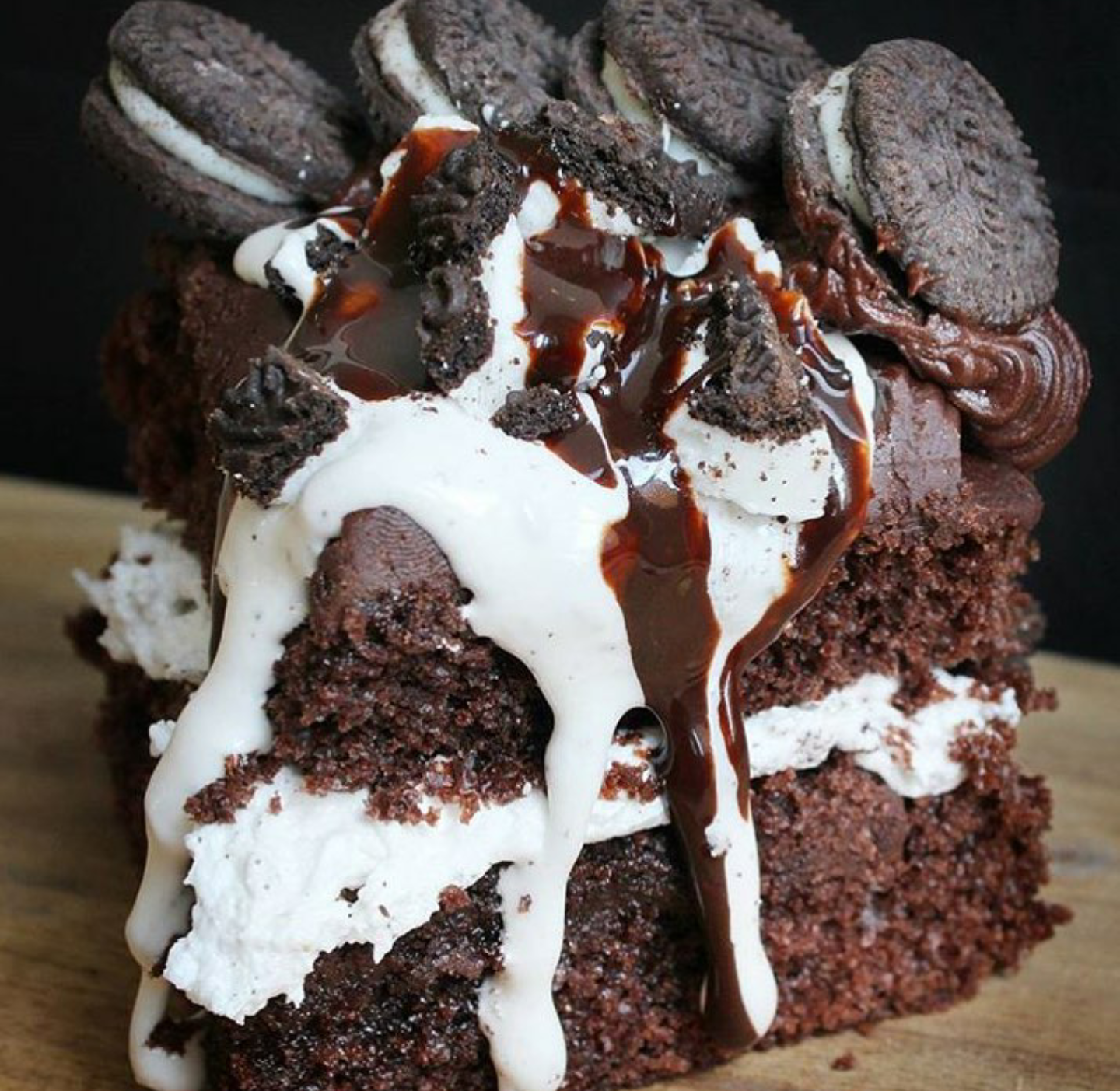 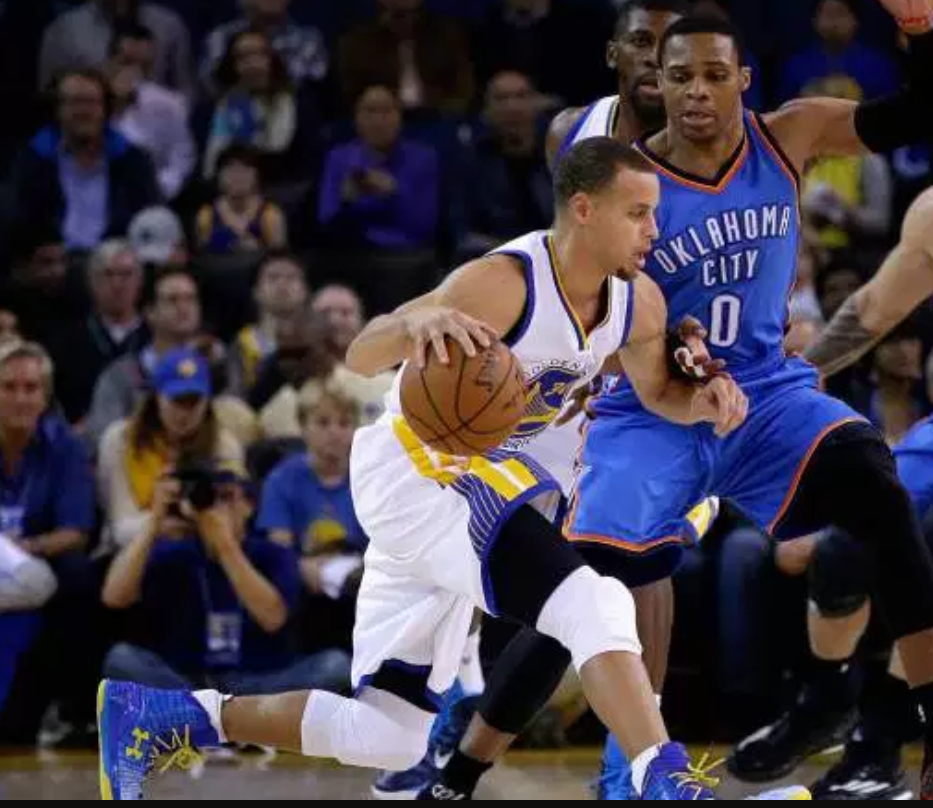 The NBA Finals will start tonight with Warriors versus OKC at 8pm in California.

All 18 NBA Eperts have picked the Warriors to win the Western Conference Finals. 8 Experts have predicted that it will go to a Game 7.

Tomorrow the Dinosoars will be up against the Horsemen at 7:30pm in Cleveland.

May the best and hungriest teams win!