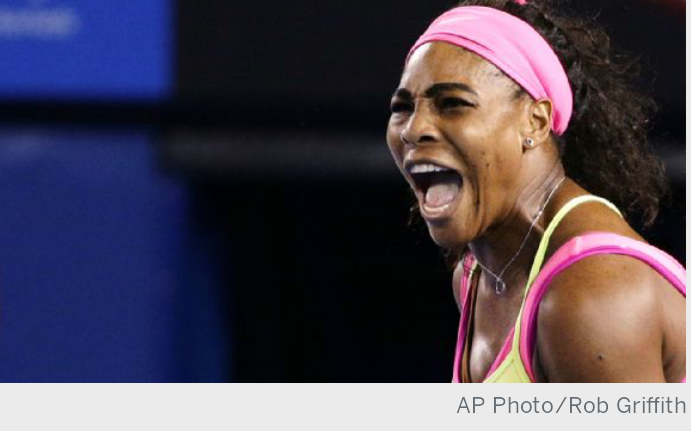 Apologies SuGa Readers. The match seemed to be in the am and not the pm. However, Congrats to Serena Williams who fought through that cough and beat Maria Sharapova 6-3; 7-6, closing the match in style with an ace. This is Serena’s 6th Australian Open title and her 19th Grand Slam victory. She is looking to reach 22 to be on the same level as Steffi Graf to be the best in the open era for women. She plans to take it in steps to reach 20 and then 21 before she can look to 22.

SuGa wishes Serena all the best this year and hopes she can do it! The quicker, the better.

The time difference would also affect the time stated previously for the men’s final. So look out for that one in the early am tomorrow. There will be no clashes with the Super Bowl. Can’t have that happening. Enjoy the weekend! 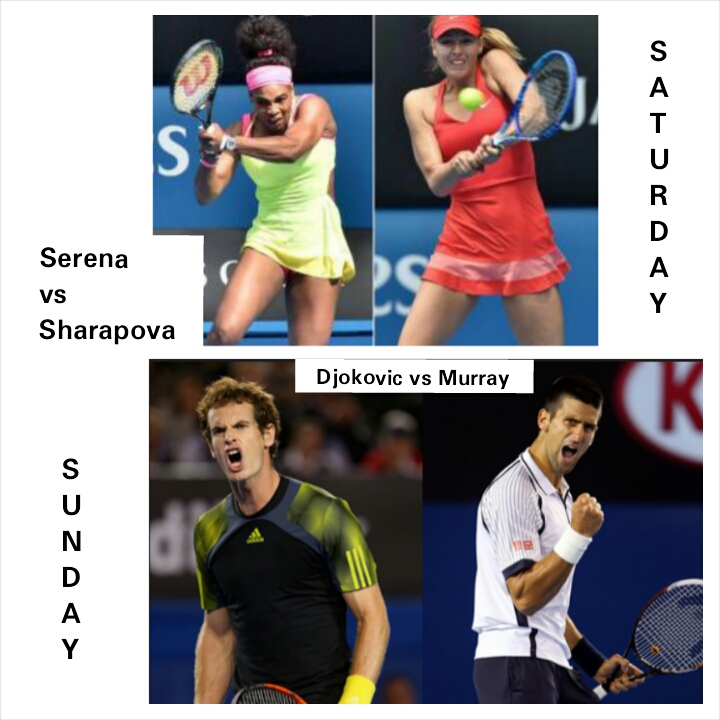 For the Women’s Singles final tomorrow, it will be a battle between World number 1 and 2, Serena Williams and Maria Sharapova not before 7:30pm.

News just in that Serena cut practice short because she is suffering from a cold. Can she find the Michael Jordan within her to win the Championship and move even further up in rank amongst the greats?

The Men’s Singles final will be this Sunday, not before 7:30pm, conflicting with Super Bowl time. It will feature World number 1 Novak Djokovic and Andy Murray (6). 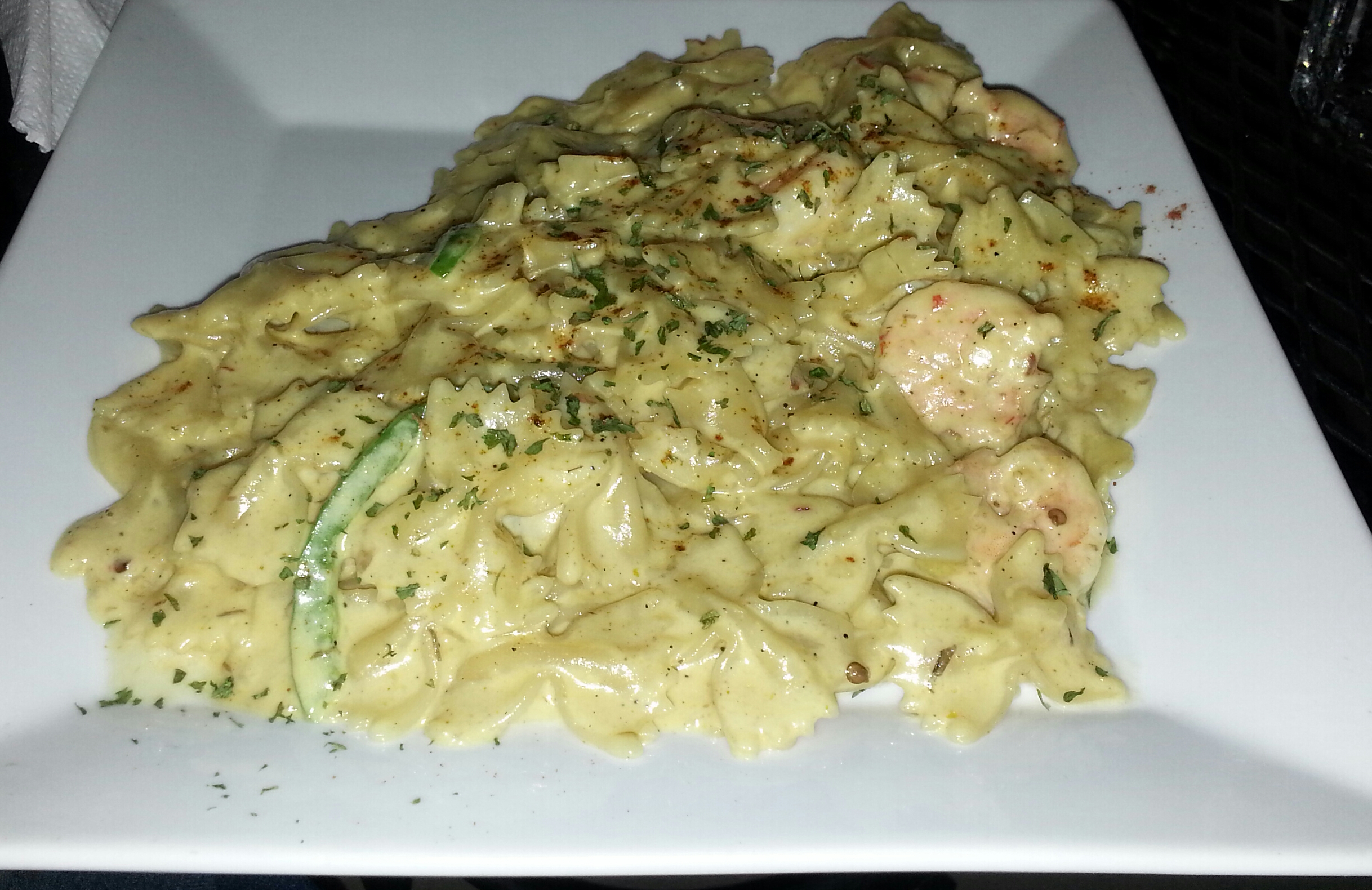 Service is still not the best at Macau, but their spicy Jerk Shrimp Pasta is extremely spicy and delicious! Penne and fettuccine pastas are so common, I was impressed to see them serve bow tie pasta. It was filling and the sauce was on point. Ensure water is present though. They had a 2-for-1 Heineken special last Friday, but it wasn’t clear how long that promotion may last. Then ofcourse, using my Pop-Up Gourmet Advantage card dropped the bill even lower. 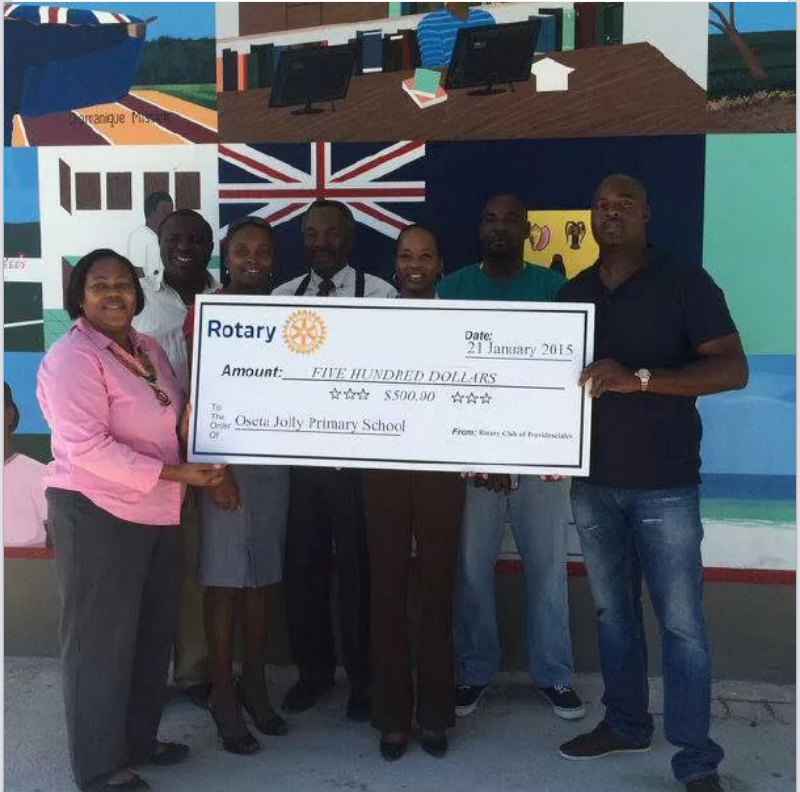 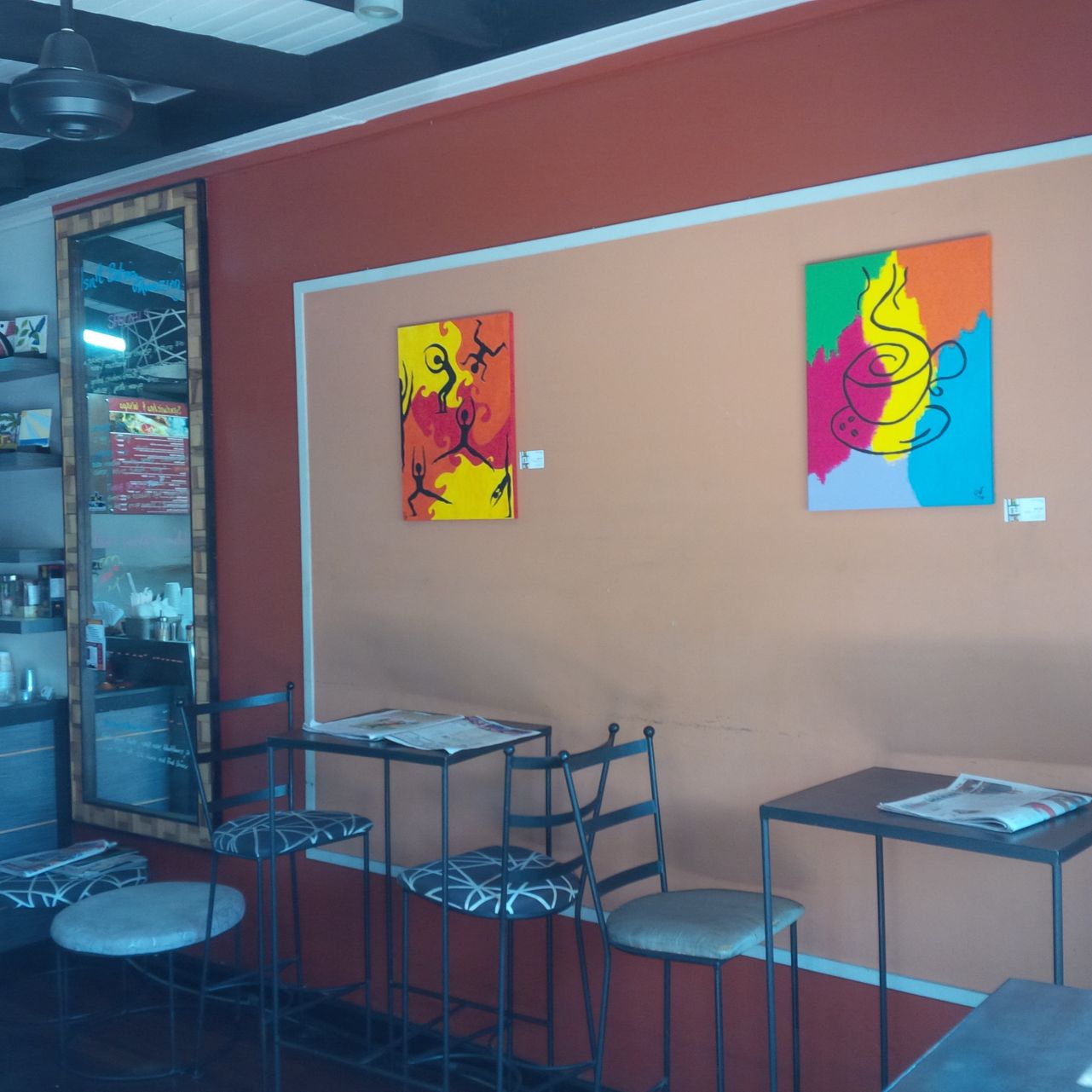 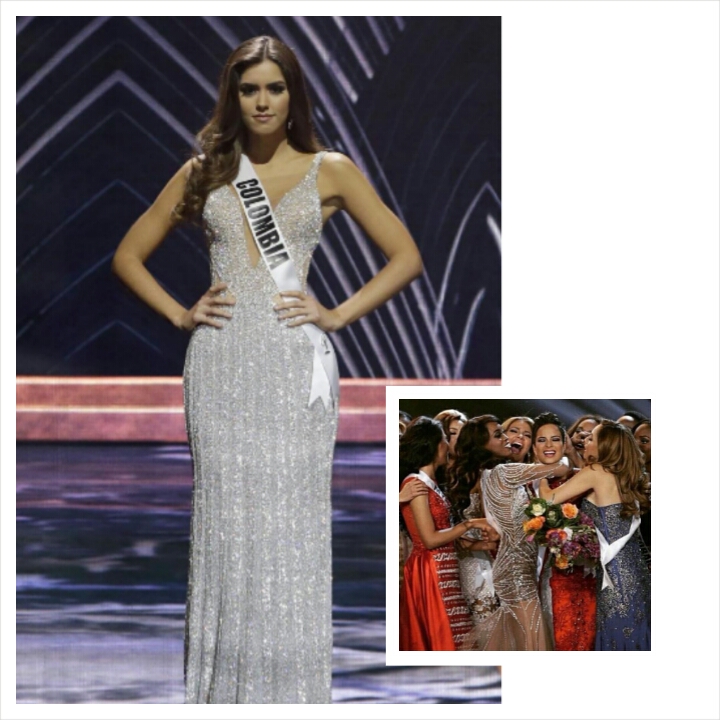 Miss Colombia, Paulina Vega was controversially crowned Miss Universe on Sunday night in Doral, Florida, as one of the crowd favourites Kaci Fennell, Miss Jamaica Universe placed 5th in the competition. When Jamaica was called 5th, there were resounding boos and after the crowning, half of the contestants rushed over to Miss Jamaica, lifting her up in the air as the crowed chanted ‘Jamaica ‘. Why? Did the judges get it wrong? Was Jamaica robbed of the crown or even a place in the top 3 because she did not have the traditional look with long, flowing hair?

It all comes down to the questions to determine the winner, or so we think. All 5 represented themself well in their gowns and then came the questions. The first question from the judges was a disaster for all 5 contestants. None of their answers were impressive. They either did not answer the question, that is, saying something totally irrelevant to the question asked or they gave an answer lacking in substance. It was also obvious that most of them had difficulty hearing the judges ask the question and then nerves instantly overcame them.

Miss Jamaica was the only contestant to greet the judges and the audience when answering her question. However, at that point I would say the field was leveled or the contestants that gave an answer lacking in substance, for instance, USA, had a slight edge. It was obvious Jamaica did not hear the question, even when the judge repeated the question with an accent, since Spanish is his native tongue. Saying we should come together to fight crime does not answer a question on tackling sexual abuse of women. Come together how? Maybe its best she said ‘World Peace’. But putting fun and joke aside, it was at least a start to an answer. How about education, counselling? The list goes on. But hey, she didn’t hear the question. I think it would have been better to ask the question to be repeated one last time because she couldn’t hear it clearly instead of saying she did not understand the question. Big difference in use of words.

Thankfully they had a chance to redeem themselves with the question polled from the people on Facebook, basically asking what kind of influence has their country had on the world. As USA, Colombia and Ukraine approached their question, one could instantly feel sorry for them, as the first thing that came to mind was war, racism and drugs. Then poor Netherlands, what have they really done? But Jamaica! This answer should have been textbook. She should have been trained to answer this question from the Miss Jamaica Universe Competition. She should have been prepared to answer this question in case it was asked in the Prelims or even by Donald Trump on the golf course. Any intelligent Jamaican could be asked this question at the airport or a hotel on the north coast as well. The answer should roll off of our tongues with ease. Former Miss World, Lisa Hanna and Former Miss Universe runner-up, Yendi Phillips ‘woulda mash up dat’. There is a standard way of starting each answer. For instance, Jamaica is a very small island etc. Include the pathway Bob Marley has paved for reggae music and other talented artists globally, his impact on our tourism etc. The word, culture should not be forgotten. Jamaica’s culture is so rich, not only in music but dance as well. Yes, Usain Bolt is the fastest man in the world, but for such a small country we have so much talent etc. Yes, it’s easy to sit here and say all of that without standing in front of the world, however nerves or being hard on yourself because of messing up the first question should never have an impact on this question. At this point, the judges were probably observing the composure and poise of the contestants in such a situation. SuGa thinks the expectation of a great answer which she ‘bombed’ again, put her in 5th. Basically saying Usain Bolt and Bob Marley leading and trailblazing in music and track and field then full stop cannot win the crown. She knew there was more to say and stopped abruptly leaving us wanting more. Keep talking. Let them cut you off. Don’t be afraid to say more.

Not remembering both of Colombia’s answers, she at least answered one, also lacking in substance. USA I remember, had a mediocre response for both answers, but they were still suitable answers compared to the others, hence her placing second. Should she have reached top 10 is another question, but the host country is usually in the top 5. That is just how it is with these pageants. Ukraine and Netherlands are not worth a comment. But that final walk after all questions, for the judges to see them one more time?! Colombia slayed it. She looked like a star and the winner. She was comfortable, beautiful, sang along with the performer and still modeled like she was in a pageant.

Now Kaci, it is the end of the competition, kill the fierce look for a moment, we get it, but smile all the way for that final walk. There was an awkward slip and an awkward dance. There was a serious face (Oh no I messed up) then a smile as the camera focused on her. The judges weren’t watching the television, they were able to see them at all times at all angles. It is the recovery and choosing the best out of the worse set of answers that mattered. But it’s over. ‘Coulda shoulda …never’. Jamaica was not robbed of the crown, but SuGa believes she should have placed in the top 3. Kaci may have disappointed Jamaica towards the end, but it was still bittersweet. It is not an easy task to make the top 5! Jamaica should still be tremendously proud of what she accomplished and how beautiful she was, being able to stand out amongst the rest. All the best to Kaci Fennell in the future. 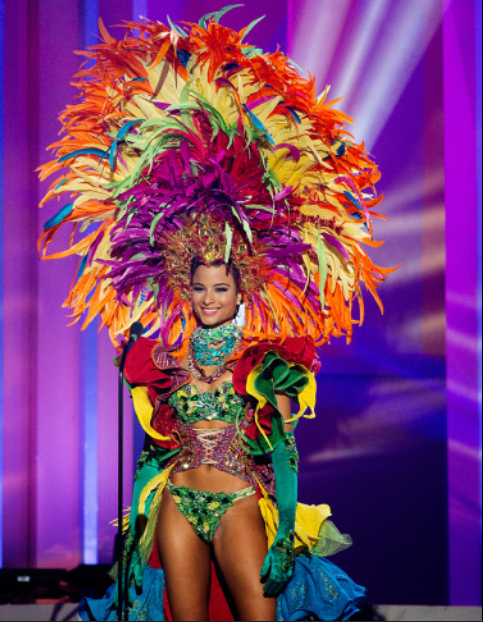 One thing Jamaicans know how to do is to rally around those who represent us with the potential to succeed. The support for current Miss Jamaica Universe, Kaci Fennell has hiked over the past few weeks. She has become a favourite in the competition in Florida by even Non-Jamaicans. Extremely loud cheers for her in the Prelim competition seen online. She surely stands out with her short hair and facial features compared to the beauty, Audrey Hepburn. True Old Hollywood Glam. Is anybody capable of winning such a pageant with such short hair? Let’s see.

Currently, Kaci is in 1st place ahead of Miss Universe Philippines in the People’s Choice votes for the next Miss Universe online with 431,145 votes followed by a far behind, 274,223 votes. Pray for Kaci and let us all hope she continues to keep her natural composure and poise and will bring home the Miss Universe Crown, which will be a first for Jamaica.

To make her lead even more overwhelming, if you would still like to vote for Kaci for the next Miss Universe, go to http://391856.tbits.me and follow the instructions, ensuring that you click on the line to like their official Facebook page first to make your vote valid. There is still time to help her secure the majority of the votes online.

The 63rd Miss Universe Pageant airs tonight on NBC at 8pm (Jamaican time). Triple Century will be hosting a Viewing party, where will yours be?

Good Luck Kaci! Jamaica is already proud of you! 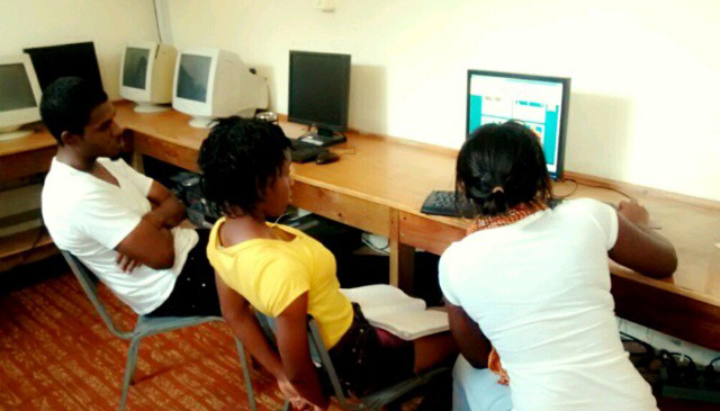 Rotaractors Marvin and Patrice of the Rotaract Club of Kingston assist a child at their Homework Programme at the Shelly-Ann Fraser-Pryce Centre on Saturday, January 17, 2015 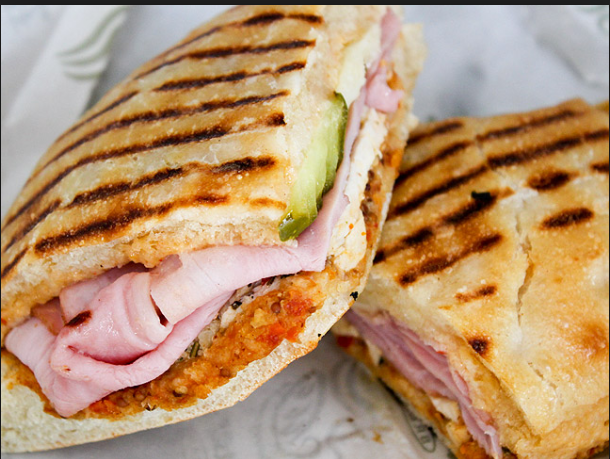 Prices and availability vary for different locations, for instance the prices in the malls and airports seem to be too expensive, but good deals (~$8US) can be found at various locations with great quality and service. They call you by your name. No place in Jamaica compares as yet since they fail to get the bread right, which is key. 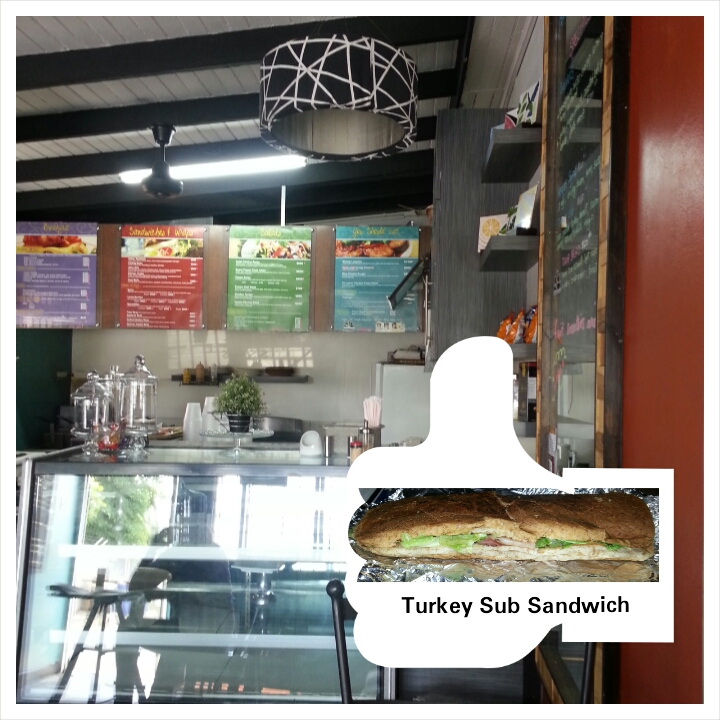 Two friends, Cameca Samuels and Leisha Patrick fused their dreams into a Café. They were a nominee for Jamaica Observer’s Mogul in the Making last year. Though not educated in the Culinary Arts, Leisha is the Chef with skills acquired from working at restaurants in the United States. Initially, Cameca, an Interior Decorator managed the marketing and maintenance of the business and ofcourse kept it looking cosy for customers.

Café Fusion has been open for a little bit over a year now on 12 Ruthven Road. It seems Cameca has become extremely busy with Interior Decorating, so Leisha is now managing the business for the most part. A bit evident in terms of the wall decor looking a bit lacklustre. But not to worry, a piece or two from GW Art will be there soon.

I visited last Saturday for a Sub Sandwich. Leisha seemed to be the only person working but she greeted me upon entry, seemed calm and was quite pleasant. There was a slow flow of customers, which she seemed to be handling well. I was made aware she has an assistant, so perhaps she was on a break.

The Café felt comfortable while I waited on my Turkey Sub, but I didn’t have time to eat there so ordered my Sub Sandwich to-go. I got it quickly. It did not look appealing and the Sub bread was flat, but it was tasty and quite filling.

The cost was $650JMD, less than most places for that size. So since the Sub was tasty and I was full afterwards, accompanied by great customer service, looks didn’t matter. I was quite satisfied and would return.