Last Friday, The Rotaract Clubs of St. Andrew and Liguanea Plains stopped at nothing in order to hand over their donation of sanitary napkins and new undies to Tarrant High School. The Holborn Spartans also made a generous contribution to assist with their donation. The students will receive these items upon their return to school.

Period Poverty still affects Jamaicans. Help the Her Flow Foundation to get menstrual products to those who need it in this time.

If you have time this Saturday and you can pass by or near to Hope Gardens, please go and support Immaculate Conception High School Key Club’s Lemonade Stand.

The summer is hot, so visit Alex’s Lemonade stand Saturday and have a refreshing weekend!

The ruins left of a family’s home in Jamaica after a fire destroyed it recently.

Last Tuesday,  October 16 was World Food Day and Rotary had a goal to collect 2 tonnes of food.

They also donated clothing to the family and stationery for the children.

The family was grateful for the donations. Kudos to the Rotaract Clubs of May Pen and Ibicarai to help a family get a start after tragedy.

A family of 6 receives donations of food, clothing and stationery from the Rotaract Clubs of May Pen and Ibicarai.

***If you would like to donate to the family, you can contact the Rotaract Club of May Pen***

Rotaract Club of May Pen

Meeting Days and Time: 2nd and 4th Thursdays at 6pm

Take the Children (Ages 3 – 16) out this Saturday to New Kingston Rotaract Club’s FREE Back to School Medical at Nannyville Community Center by Mountain View. Take advantage of all the FREE Services and save!

The children will get FREE Dental checks, Eye screening and Medical checks.

Follow The New Kingston Rotaract Club on Instagram, @nkrcjamaica and see how you can join the Club, participate or donate to their Projects. Help to Build a Better Jamaica. 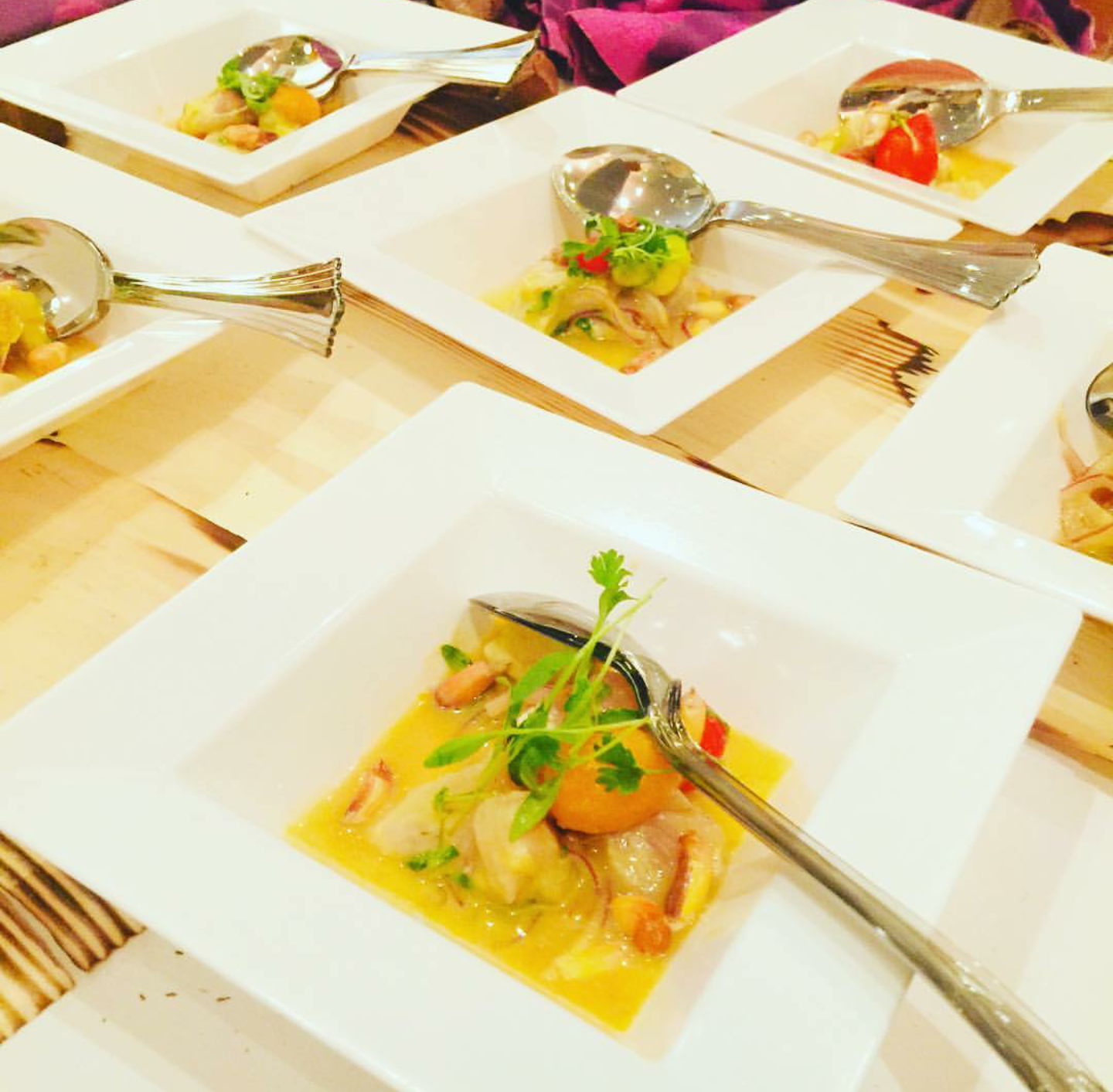 South Beach is where it all went down for Foodies and Wine enthusiasts last weekend at the 17th annual Food Network and Cooking Channel’s South Beach Wine & Food Festival (SOBEWFF)!

It was a 5-day destination event in Miami from February 21-25, showcasing the talents of the world’s most renowned wine and spirits’ producers, chefs and culinary personalities. Guy Fieri, Bobby Flay, Emeril and more were there!

The Festival had many high-end events, including elaborate dinners and brunches, but also had events that costed less than $100US to attend. Whichever patrons chose, it definitely looked like value for money. The Festival is also for a good cause, as it benefits the Chaplin School of Hospitality and Tourism Management at Florida International University (FIU) and the Southern Wine & Spirits Beverage Management Center.

Over 1000 students get the opportunity to work at the Festival each year and the experience they gain is invaluable for their future in the hospitality field.

To date, the Festival has raised more than $26 million US for the School.

Let me show you a few of Suga’s favourite teasers that should have been palate pleasers. You can also note the Restaurants responsible to pay them a visit soon in Miami!

A mountain of Tuna Tatake!

Tuna Tataki is a lightly seared yellowfin or ahi tuna that is served rare with a citrus based soy sauce.

How about some aged Ribeye on a skewer?!

Topping things off with Dessert!

There were cascading doughnuts, gelato in probably every flavour and more at SOBEWFF.

Suga’s friends and others that went to the Festival said there was every kind of food and wine you could think of, an absolutely gastronomical, star-studded, international event.

If you missed the Festival this year like myself, you should definitely put it on your calendar for 2019! 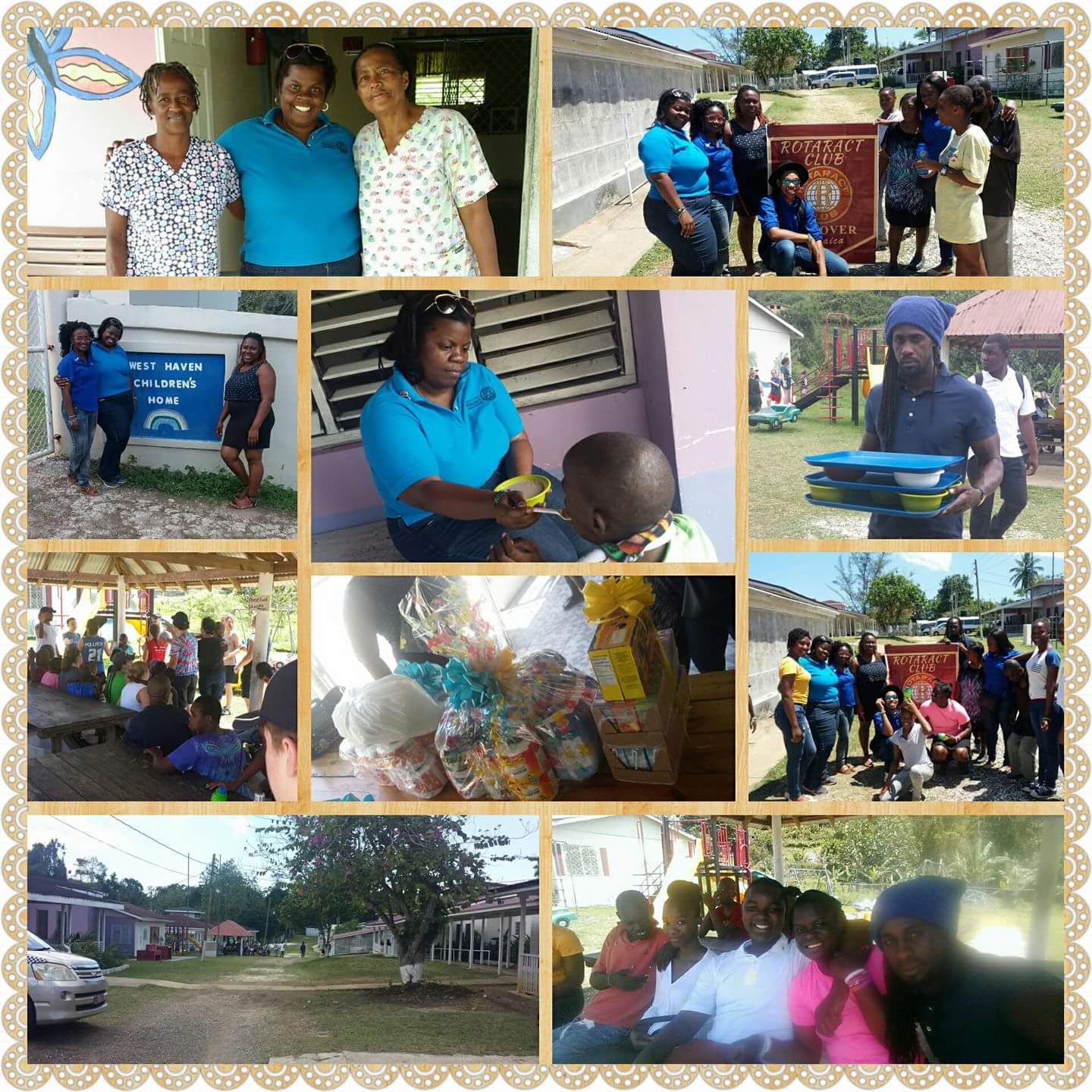 A Collection of the Activities that took place from the Visit to West Haven’s Children’s Home on April 1, 2017. Photo: Rouchelle Harvey

It is Maternal and Child Care Month for the Non-Profit Organization, Rotary. Rotary has a youth arm, Rotaract, which has many Clubs around the world.

Two Saturdays ago, the Jamaica Southwest Rotaract Club Members visited the West Haven Children’s Home for the Disabled to commemorate this month’s Rotary theme. The Home is located in Copse Lethe, Hanover, Jamaica.

They donated toiletries and other items, interacted and assisted with feeding the 98 children at the facility.

The Rotaract Club Members also had the pleasure of working with a Missionary group from Oak Point in Michigan who took along 50 volunteers to work at the facility.

They enjoyed giving back and sharing with the kids.

Keep up the good work Rotaractors and Missionaries! 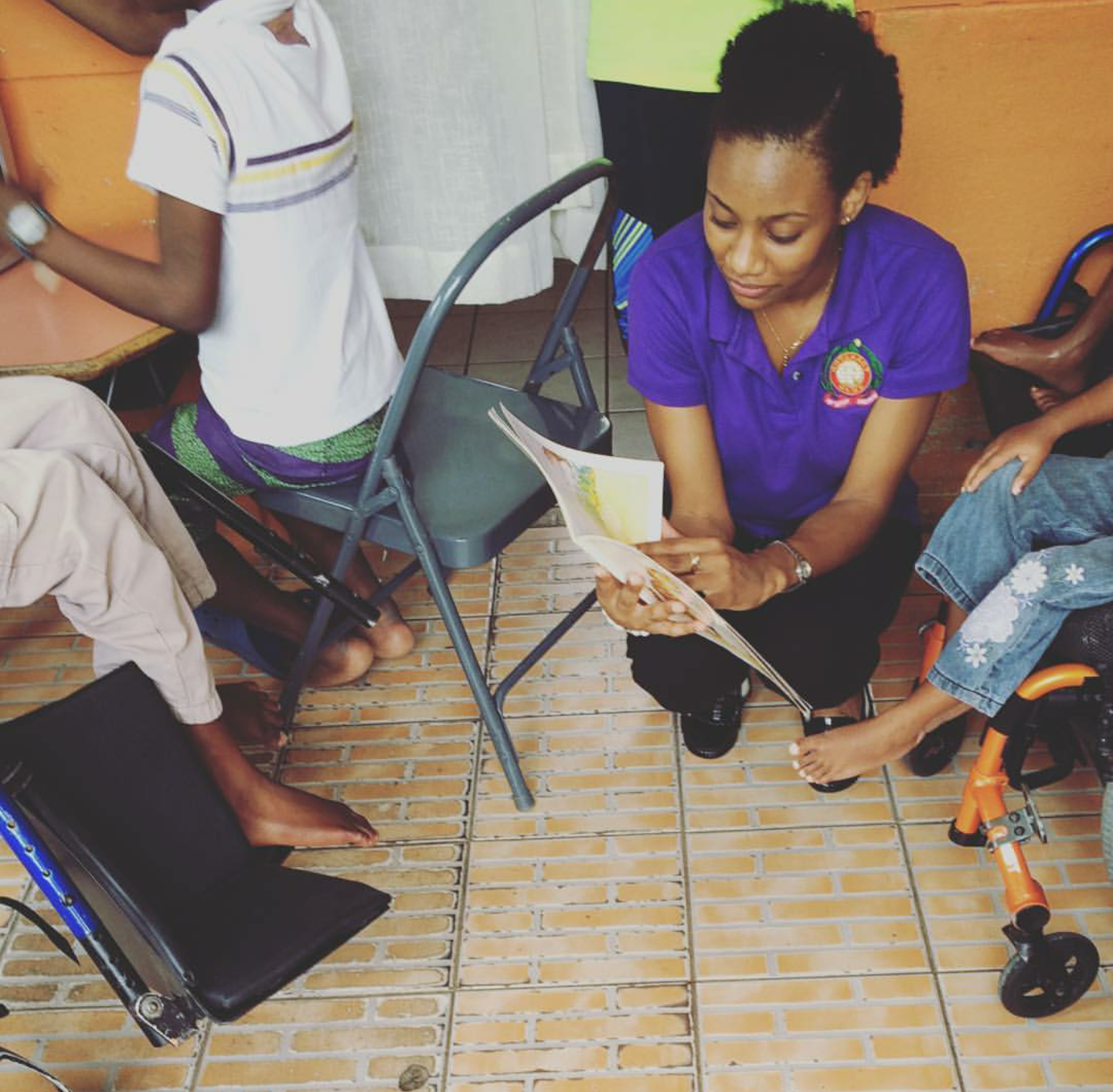 A visit to Sophie’s place where they usually go to read and play with the kids was one of their many activities during their special week.

Newly inducted member of the Rotaract Club of Kingston, Amashika Lorne, organised a clean up of the Wag Water River for her birthday with friends. She had 42 volunteers, including 2 who were disabled.

55 garbage bags and other huge items like tyres, pieces of furniture, buckets, refrigerators etc. were collected.

Amashika’s commendable act did not stop there. After the clean up, a Presentation on Environmental Awareness was conducted by Patrice Gilpin of NEPA and herself to residents of the Boone Hall Oasis Community. Amashika also thanked Boone Hall Oasis, NEPA, Nestle Jamaica, Ribbiz Ultra Lounge, Respect Jamaica, Rotaract Club of Kingston, her family and friends for their Assistance and a very special birthday.

Great job Amashika and friends for doing their part in the campaign, ‘Nuh Dutty Up Jamaica’. 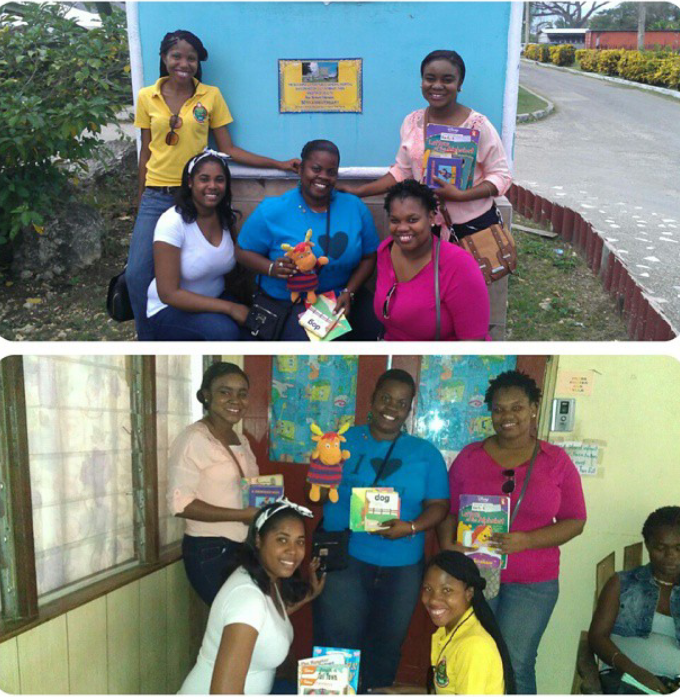 The Rotaract Club of Savanna-la-Mar recently visited the Paediatric ward of the Savanna-la-Mar Hospital and had a reading and interactive session with the kids. Suga commends Rotaract Sav for such a lovely project. Follow them on Instagram @rcsav to see what else they are doing to display service above self.

Rotaractors Marvin and Patrice of the Rotaract Club of Kingston assist a child at their Homework Programme at the Shelly-Ann Fraser-Pryce Centre on Saturday, January 17, 2015