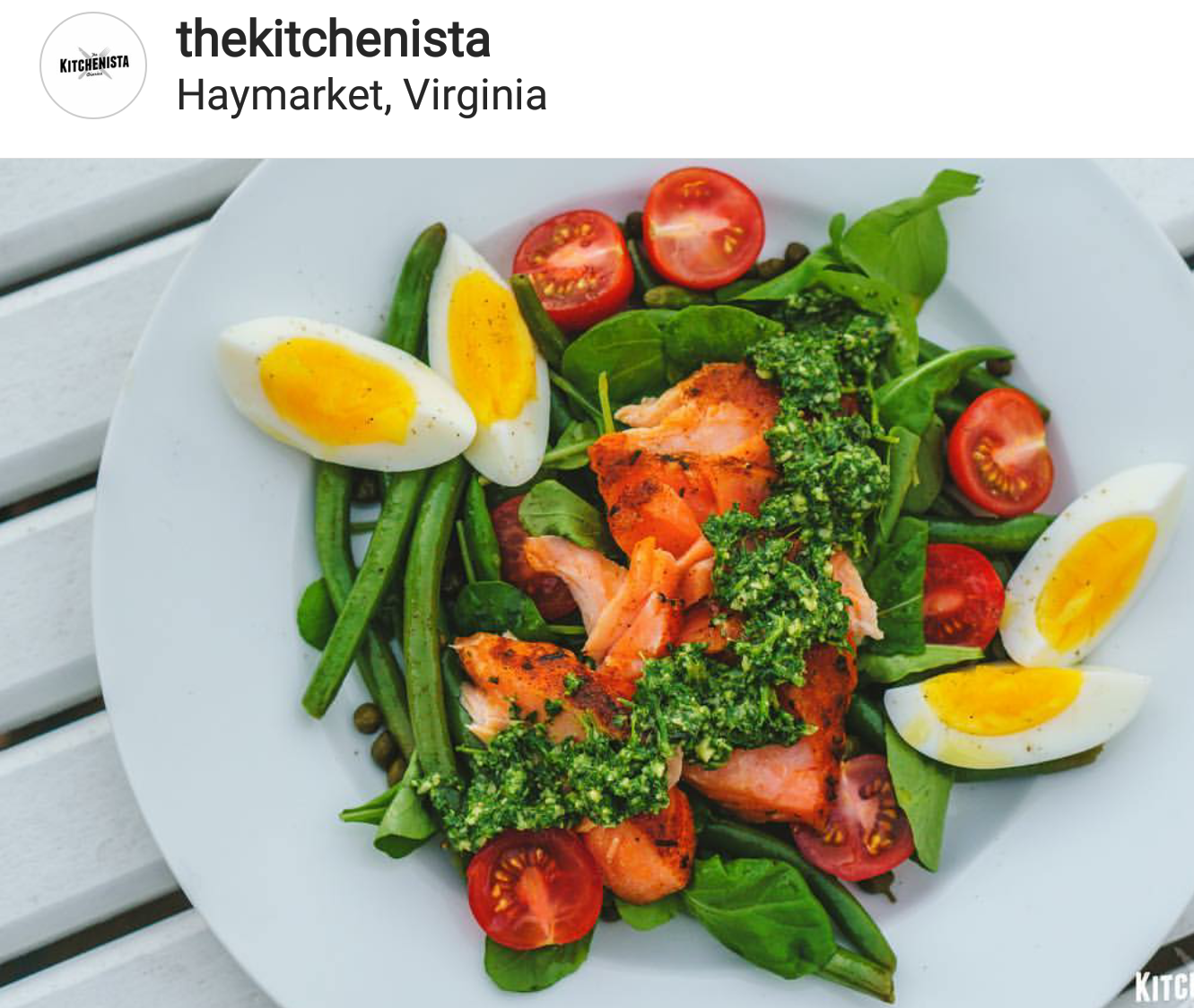 Try making this Nutritious Salmon Salad by the Kitchenista, stacked with Proteins and Vegetables: 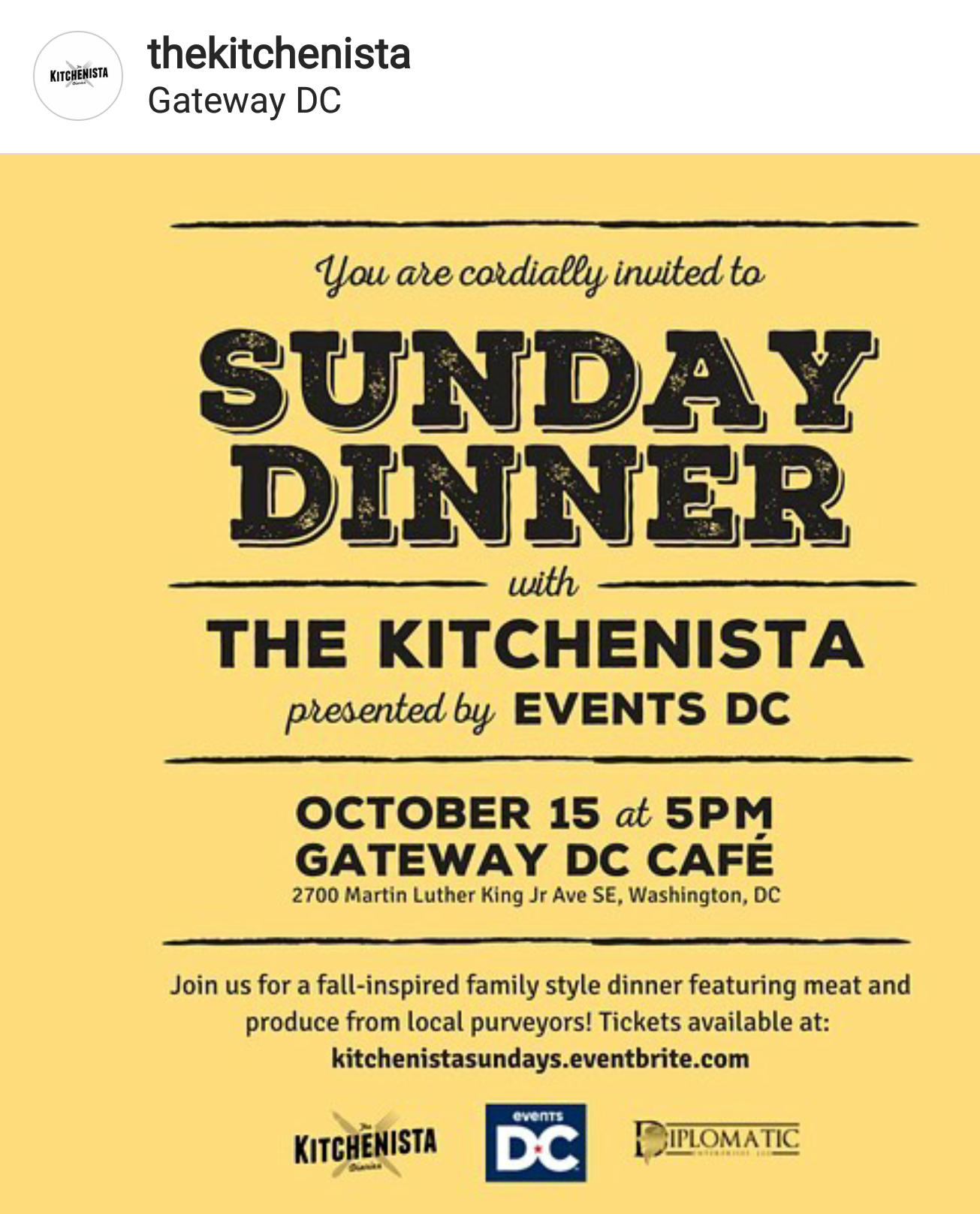 Angela Davis, familiarly known as The Kitchenista presented by DC Events, in partnership with Diplomatic Enterprises LLC, will be hosting another Sunday Dinner this October 15 in DC!

It will be bigger this time around, accommodating more people. Tickets are available now for this fall-inspired Family style meal.

Last time I checked, there were only 2 VIP tickets left and general admission tickets were going fast. So check The Kitchenista’s website and reserve your seat at a table today!

Until then, reminisce vicariously through these images from The Kitchenista’s Christmas in July dinner. 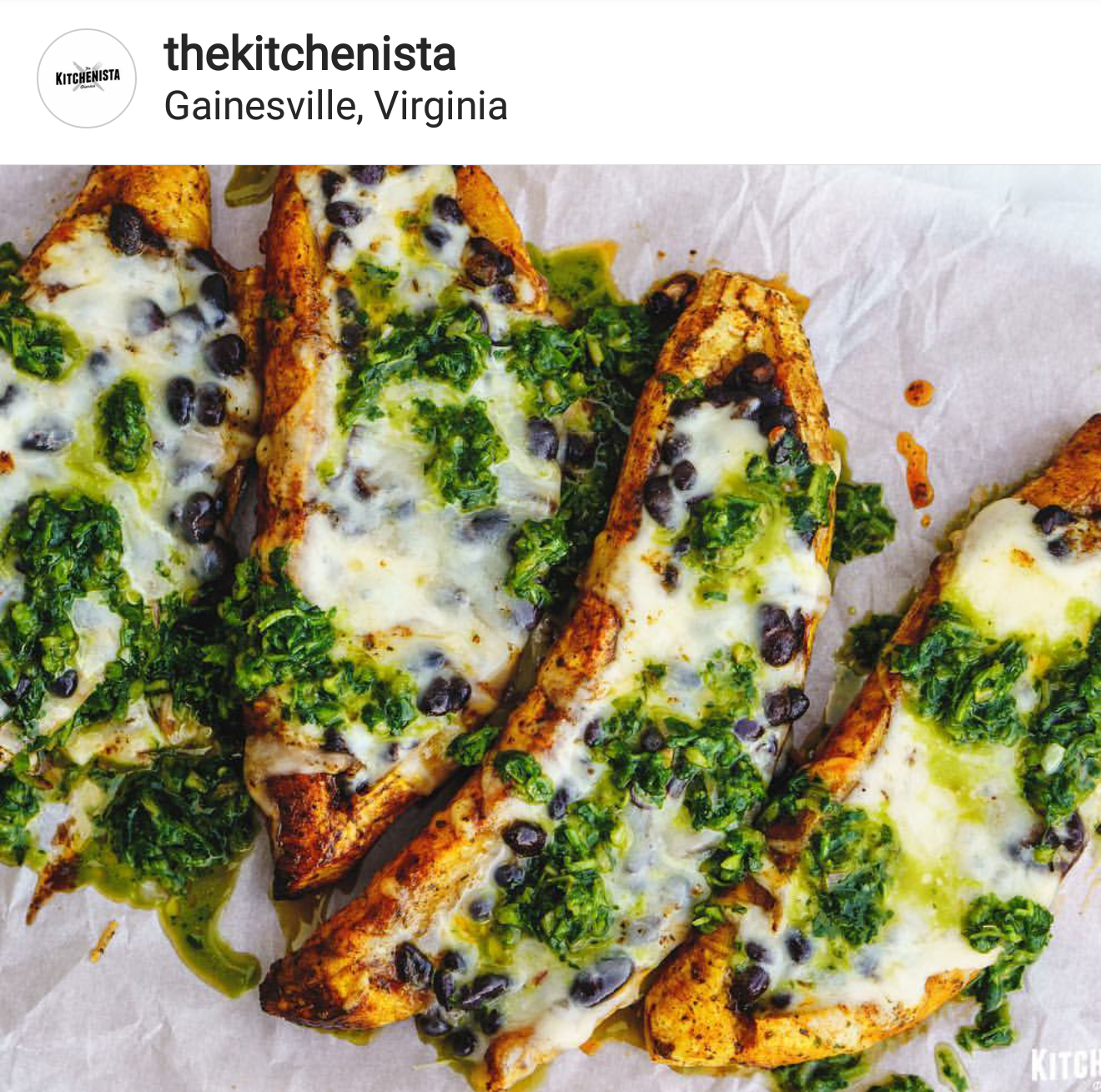 This is a smart, tasty and spicy idea for a Meatless Monday! Awesome way to switch things up for the Vegetarian diet. Note that the Black Beans provide additional fiber.

Check out The Kitchenista’s blog for the full Recipe! 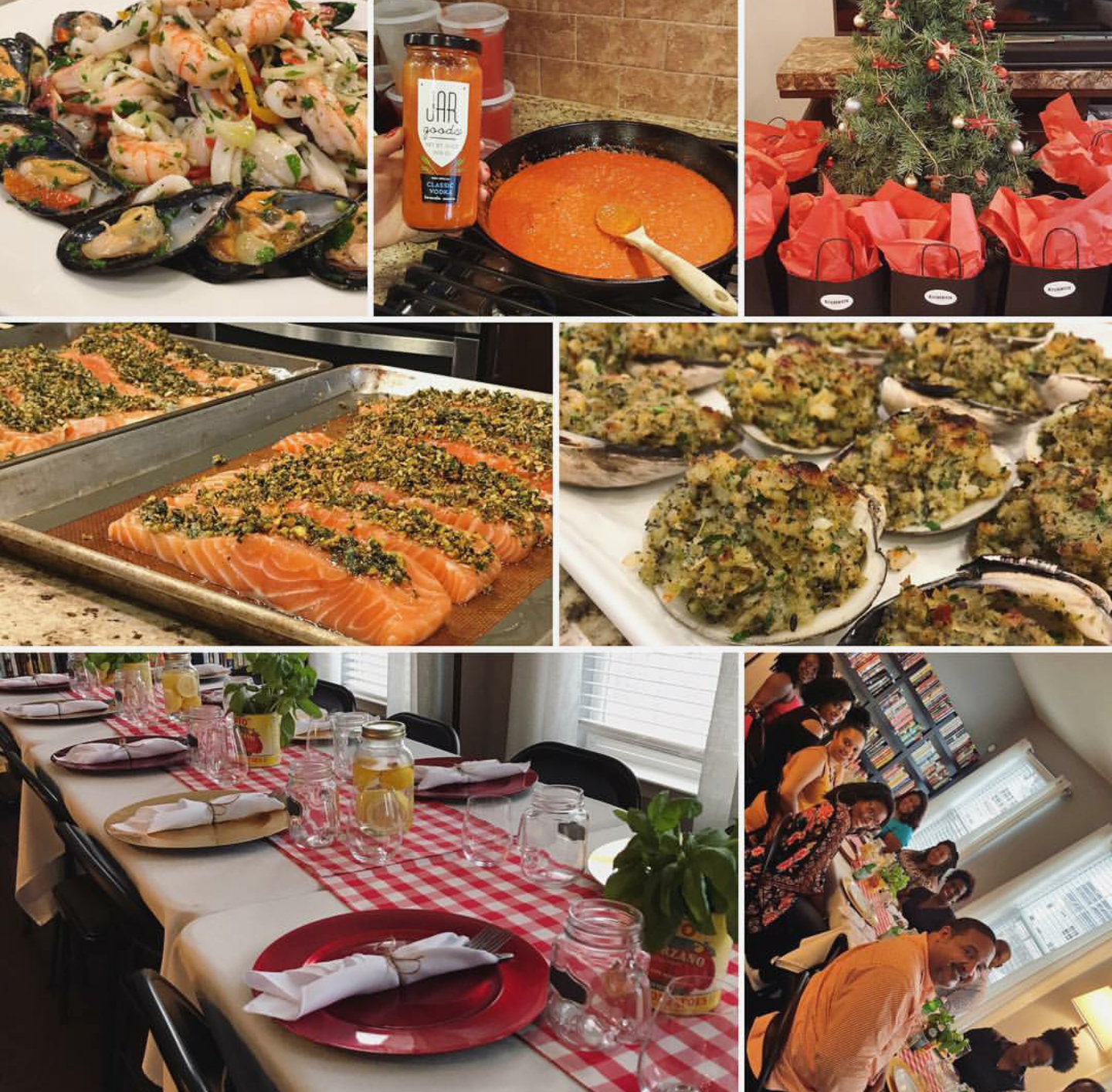 I have been following Angela Davis on Instagram, who is a self-taught home cook, recipe developer, private chef and author located in Maryland, D.C.

She had a Sunday Dinner Party two weekends ago, titled ‘Christmas in July’. It was also hosted by Clinton Mitchell and his wife. There were 12 guests, who were a mixture of followers, friends and clients that hit it off quickly and had rave reviews, using the hashtag, #KitchenistaSundays on Instagram.

A slow roasted pistachio crusted Salmon followed for the main course. A guest said it was the best Salmon they have ever had.

All of that was topped off with Roasted figs along with whipped goat cheese and a Lemon Olive Oil Cake.

The Kitchenista also did a live Pasta making demo that streamed on twitter. You can check her website link below for more information, get added to her mailing list for upcoming events and check out some of her recipes as well.

For all my Suga Bears in DC, don’t wait till I get there. Send this Kitchenista an email so you can taste her magic because there will be more Kitchenista Sundays! 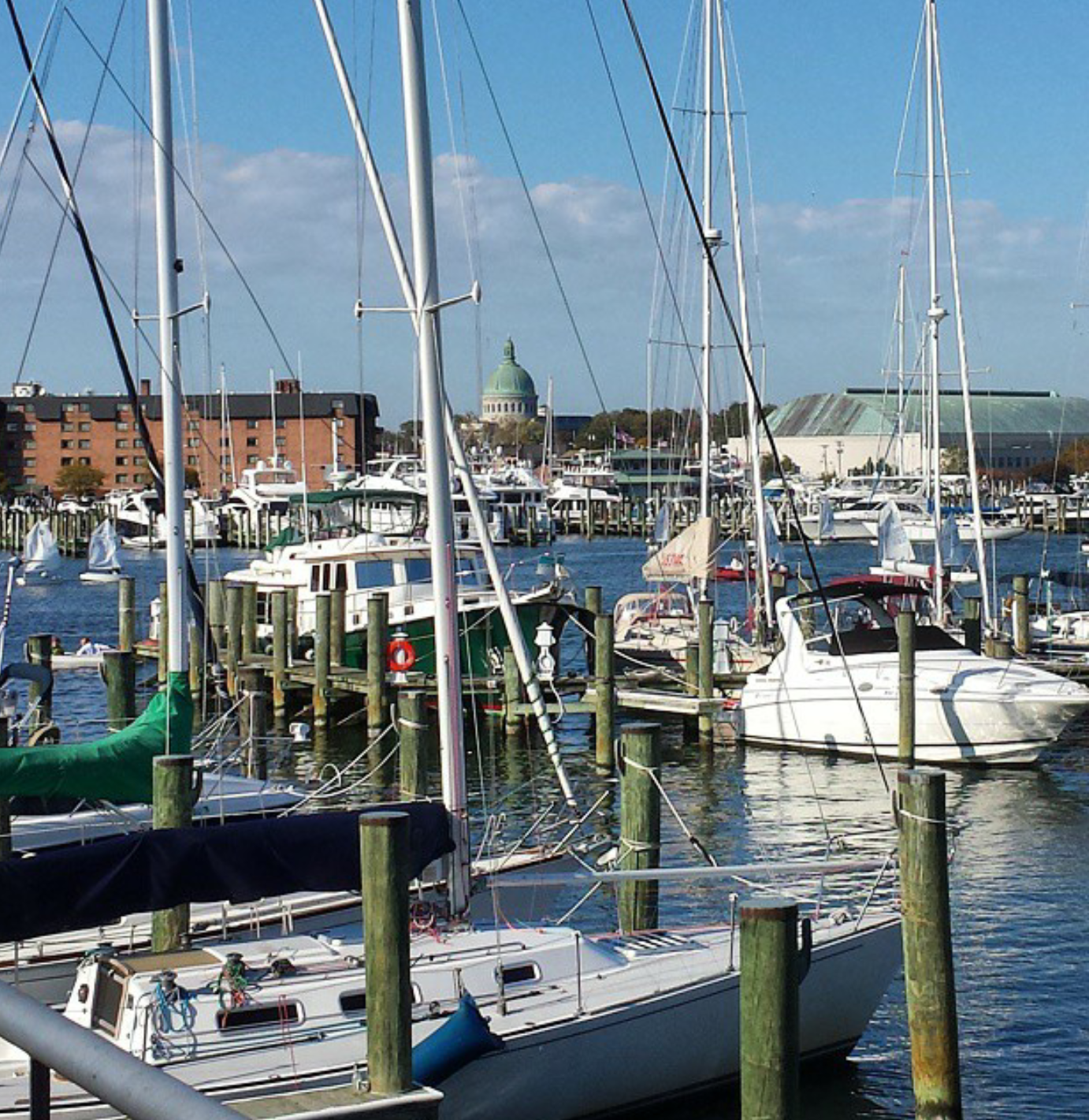 The sun is out! For those who were snowed in and couldn’t go to Chart House in Maryland, here is another cool spot for Seafood with a view to head to for lunch. Enjoy! 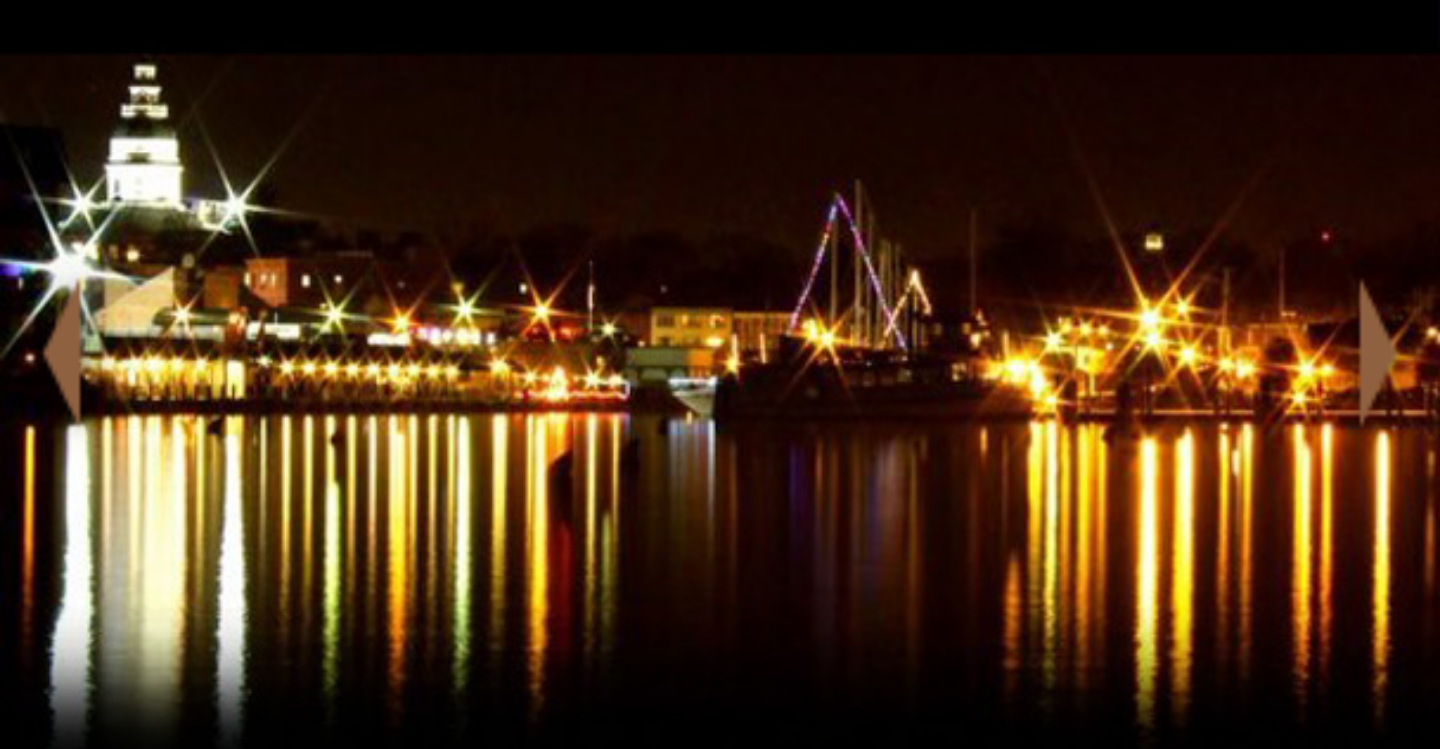 Charthouse in Maryland suits many occasions, whether it is for lunch or a dinner date, watching sailboat races in May or sparks for the 4th of July, it has an absolutely lovely view of Spa Creek.

It is a remodelled boat house by the waterfront in Annapolis, Maryland. They have good service and provide fresh seafood and other local ingredients on their menu. If Seafood is not your thing, they have delicious Steaks and prime Ribs to suit your fancy too. Their menu can be found on their website (see below).

Fresh Seafood with a view, go for it!

***If you are not in Annapolis, there are other locations in Colorado, New England and more. 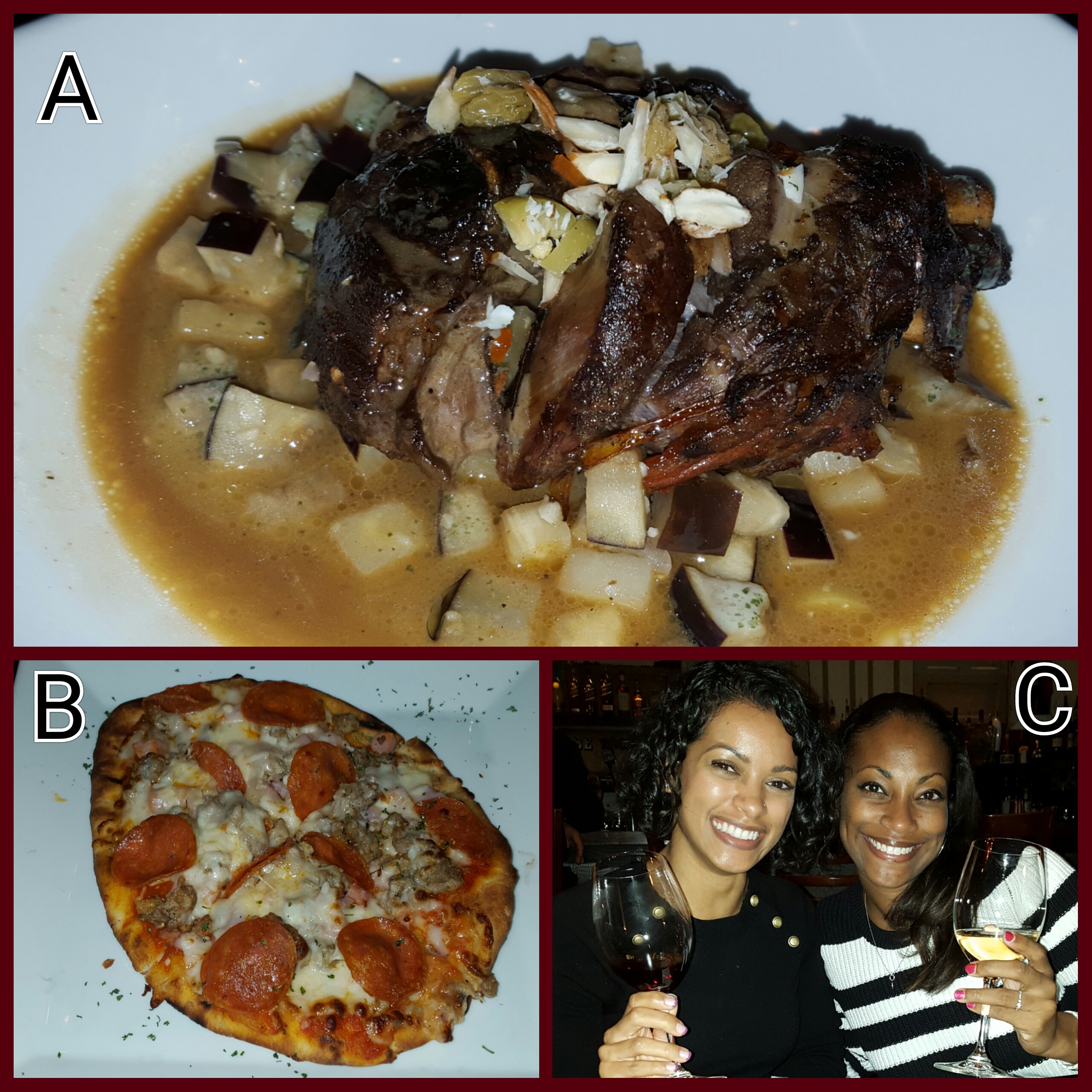 Two words to describe it – nice and quaint.

What did I have? No I did not have Red wine, can you believe it? Suga is a Chardonnay and Riesling kinda girl.

I had a 2014 Crnko-Riesling + Sauvignon Blanc Blend from Slovenia ($11USD/glass) that was lovely.

They have a wide selection of items, not only on their wine menu but food menu as well. Note that an alcohol charge (~3%) is added to your bill. Salads and Soups, Paninis, Pizzas (Crispy Wheat/Roasted Flat breads), Salmon, Catch of the Day, Crab cakes, Sea Bass and more are offered.

My friends enjoyed The Gus ($10) Pizza with pepperoni, sausage, ham and housemade marinara as well as the Bistro Filet ($23US) 8oz beef with red red wine reduction.

Our waiter was awesome too and will be coming to Jamaica next year!

Be safe and have fun ringing in the New Year! 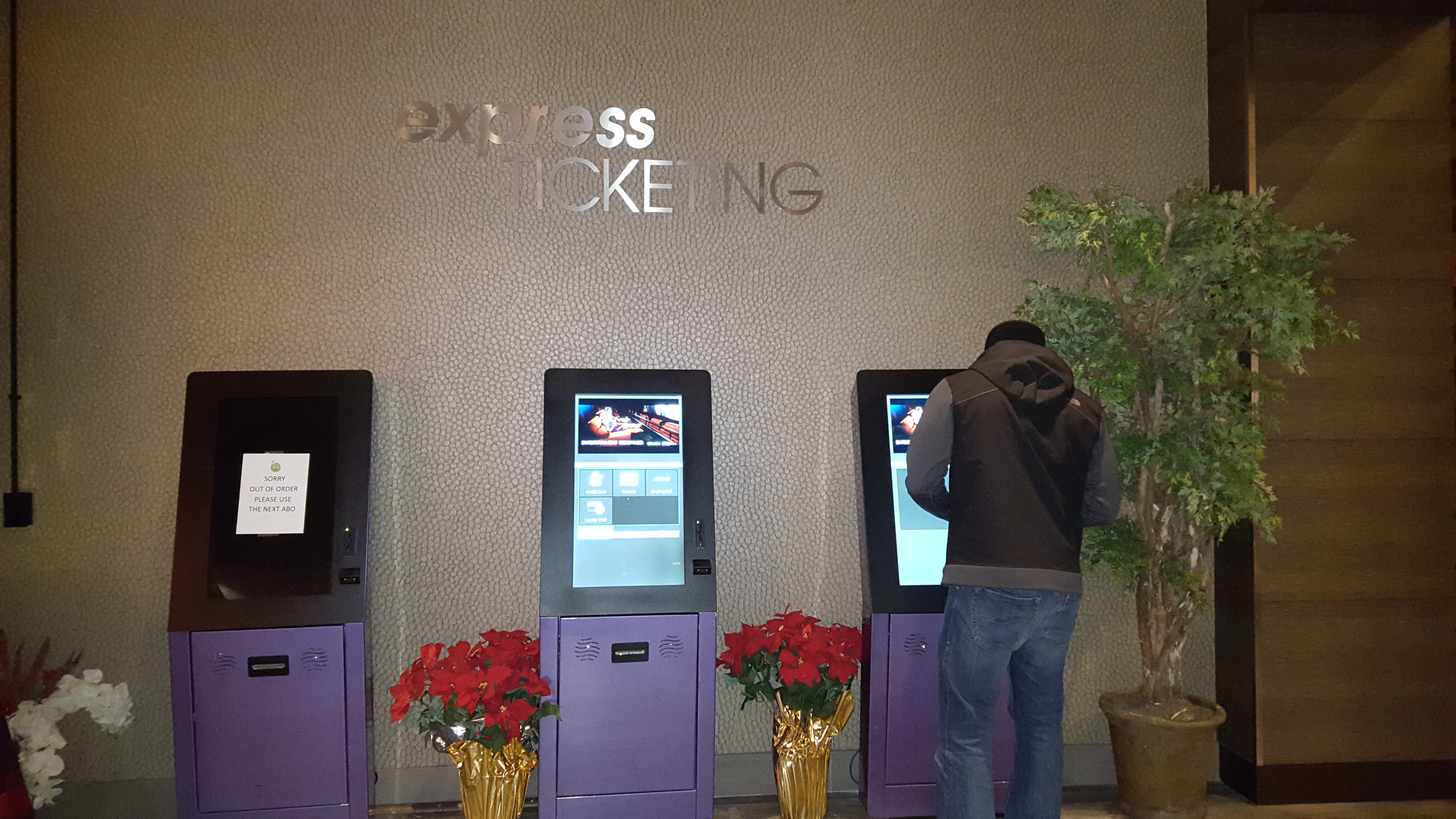 Without giving away too much about the movie, Suga will tell you why Concussion just may be the movie to watch this Holiday Season and where to watch it.

Suga went to iPic Theaters in Maryland last Monday night and it was like a hotel! Persons have compared it to the AMC Theater in Long Island, NY. Not only can you purchase tickets beforehand, which is normal, but you can reserve regular seats in the theater and you do not need to join any lines when you reach. You just simply head to the Express ticketing machine and print your tickets. During the holiday season with no line, it must be an efficient system.

The counter to buy tickets looks like you are checking in at a hotel, not to mention the fabulous art work displayed on the walls on the way to the different theaters and then there are the bathrooms! If you get into a fight with your date you can hide in luxury all night in there.

Then there is comfortable seating that is too comfortable for some people, putting them to sleep with a blanket, pillow and reclined chair with a raised footrest.

Note that chairs are paired together in 2s and 4s, so a bit difficult for sensitive 3rd wheels and single people, at least for the theater I was seated in.

Your personal waiter introduces himself to you as you sit down, takes your order and you can order throughout the movie too with just the press of a button.

So my Suga Readers, find an iPic Theater near you!

Now on to the movie based on a true story, Concussion with Will Smith, also featuring Alec Baldwin.

Will played Dr. Bennet Omalu, a Nigerian Forensic Pathologist that came to America and made a correlation between the damage to some American Football players suffering Concussions and Chronic Traumatic Envephalopathy (CTE).

He came to America and spoke to and for the dead. He perfomed an autopsy that changed his life and the NFL on Mike Webster, former Pittsburgh Steelers center in 2002.

The sudden and unexpected deaths and suicides of other NFL players such as Terry Long in 2005 after Webster, built his case further.

According to the movie, many NFL players have been diagnosed with early onset of Alzheimer’s disease but with more deaths and positive results for CTE, could the NFL deny science?

Did the NFL publicly acknowledge the link between Concussions sustained by players and CTE and of so, when?

Did players do or say anything?

Was the NFL brought to court?

How many other deaths were there from ‘CTE’?

Did the movie have an effect on Players?

Find and Watch Concussion at a theatre near you, preferably an iPic Theatre, remember the News and then Google.

However, the game plays on. Many lives have been changed, saved and opportunities created for young men across America because of American Football. 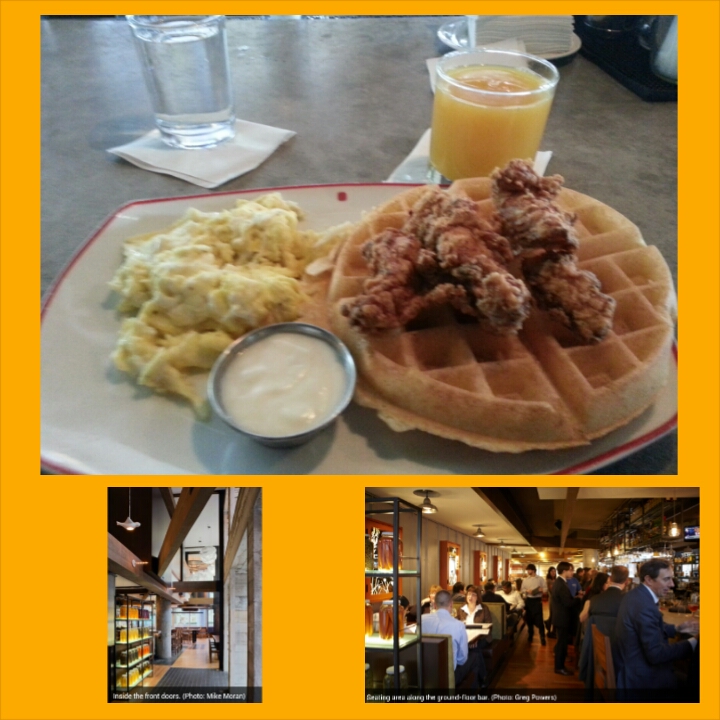 After a late night in the DC streets 2 weekends ago, I was ready for some grub in the morning. My brother picked the perfect place, Founding Farmers, just 3 blocks from the White House where we would go sight-seeing afterwards. The place was filled with people, like The Cheesecake Factory lines to get a table. But apparently they have just started giving the option of making reservations. We didn’t know that, so just decided to wait until spots by the bar were vacant, since that would be quicker. Sitting by the bar didn’t look much less comfortable than booths or tables. It seemed cozy nonetheless. The two-story restaurant had old, wooden, farm table decor mixed with modern crafted elements throughout. It was a beautiful day with the sunlight flooding through the glass windows, highlighting various features and finishes of the designs by award-winning CORE architecture and design.

I ordered a Hot Chocolate immediately, which was divine. Then I ordered the Farmer’s Fare that consisted of Breakfast Chicken & Waffles with a side of Eggs anyway you liked it, white gravy and syrup. Despite the more than ‘full house’, my breakfast arrived quickly in less than 10 minutes and at a glance, I was salivating. Then the taste, mmmm. The Waffle was so big and thick, but light and fresh. The Scrambled Eggs were fluffy topped off with that Farm Fresh Fried Chicken. The Breakfast Fare was just $12USD, which was more than worth it. My stomach was full and satisfied. I mean, it was just typical ‘Breakfast food’ right? But it was so delicious. IHOP and Waffle House what?!

It was also a delight to experience such great service in a busy atmosphere. Heading to DC or the US Capitol anytime soon? Founding Farmers is a MUST STOP for Breakfast. Can you imagine they are practically open all day for lunch and dinner too?! Can’t wait to revisit and try those menus.

The award-winning Founding Farmers is also located in Montgomery County, Maryland and will soon be adding a new location in Tysons Corner, Virginia this fall. They have various Certifications showing that they are dedicated to environmentally friendly practices, including being a Certified Green Restaurant. Their products are sourced from local farmers with seasonal menu changes to always contain local produce.