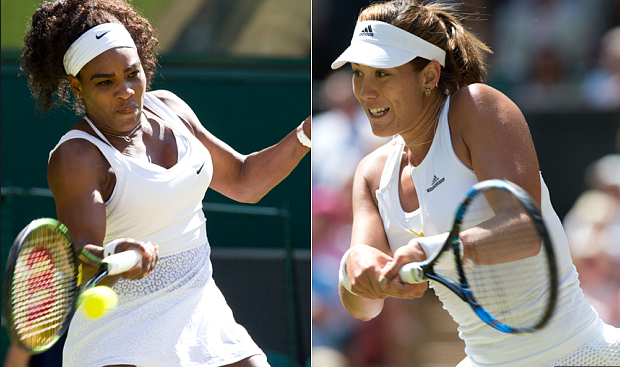 Can Serena complete her ‘Serena Slam’? 4 Grand Slams in a row? Will Muguruza pull off the biggest upset on Centre court  that hasn’t occurred in years? May the best player win! 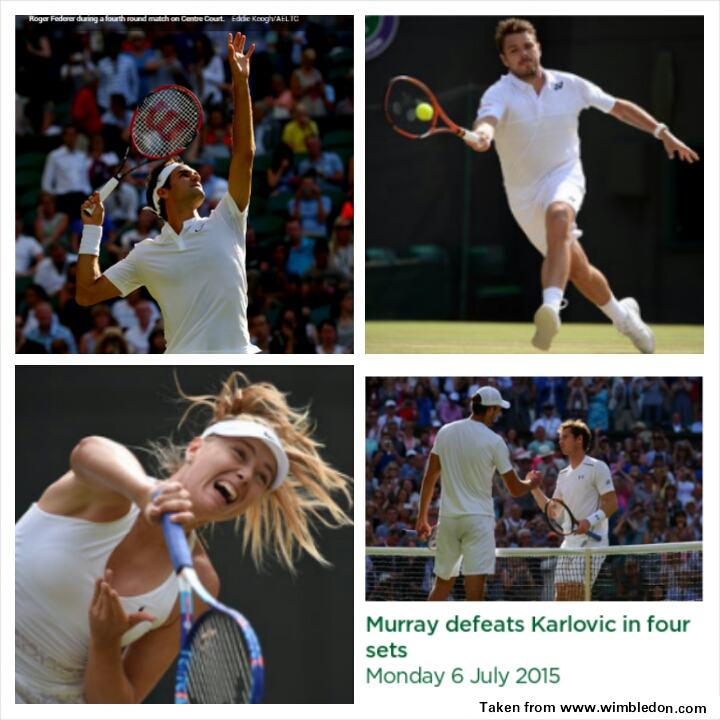 The Round of 16 saw Serena conquer sister, Venus in 2 sets. Andy Murray took 3 hours to win his match in 4 sets over Karlovic. Wawrinka, Gilles Simon and Federer steam rolled their opponents in 3 sets, while Pospisil and Cilic battled their opponents to make it to the Quarters. Gasquet beat young Australian, Nick Kyrgios in quite a controversial match as Kyrgios showed his true teenage colours with lots of antics and was booed by the crowd for ‘tanking’ out of the match. After fighting back from 2 sets down to no. 14 Anderson, Djokovic forced a 5th set of which the match was suspended until today.

With more from the ladies side, two other Americans have made it through to the Quarters, Madison Keys and Vandeweghe. Serena’s tennis BFF, Wozniacki was upset by Muguruza, while Bacsinszky beat Niculescu in 3 sets. Sharapova, Azarenka and Radwanska all powered through their opponents in 2 sets each.

There are potential final-worthy Quarter and Semi-final match ups for the gentlemen, while the ladies will have all top seeds battle in the top half of the draw.