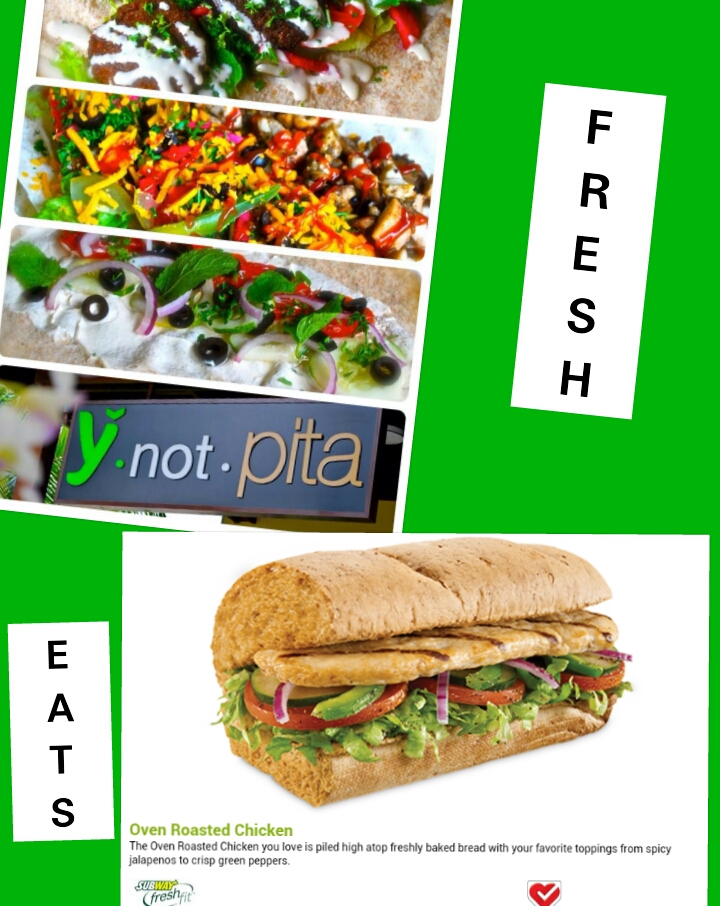 Y.not.pita in Courtyard 71 on Lady Musgrave Road and Subway in Liguanea, continue to be two of the few places that prepare food right in front of your eyes. The service is good at both establishments. There is a wide variety of toppings for sandwiches at Subway and wraps at Y.not.pita. However they both lack a variety of cheese. Subway only had the White American cheese two weeks ago and the Cheddar cheese was finished at Y.not.pita 3 weeks ago. I expected better from Subway, being an American franchise that usually offers four types of cheese. Despite that issue, the wraps and sandwiches were tasty, fresh and filling from both. The Italian herb cheese bread from Subway was awesome!

They also offer Pizza and Salads, various combos with drinks and Soup (Y.not.pita) or Chips (Subway). So persons can get a decent meal or combo for $1200JMD or less. Subway also gives customers punch cards, so after a few meals you can get one free. Keep it fresh!