Simo’s Bread and Catering is finally opening THE COMMISSARY AT DEVON HOUSE TODAY until Sunday! 2pm-6pm today and 12-5pm for the rest of the week!

***OPEN WEDNESDAY-SUNDAY 12-5pm as of next week with Ice Cream Cookie Sandwiches too!***

Have you missed the ordering deadlines for Mother’s Day from Suga Endorsed establishments or Chefs such as Jabba’s Peppa Swims, Simo’s Bread and Catering, Chive Jamaica, The Haven at Hillcrest, Kuk Up Kreations, Sweet Obsession Ja or Chef Alex D-Great with CPJ Ltd.?

Fret not. There is still time to plan. Did you see Executive Chef, Mark Cole from The Jamaica Pegasus cooking up a storm yesterday on Smile Jamaica, TvJ? Well his dishes are usually a treat!

You have until 5pm today to order Family size Brunch/Dinner from The Blue Window, Jamaica Pegasus for Curbside Pick Up tomorrow.

There are also Breakfast and Brunch options from Fromage Brasserie, Sonia’s Homestyle Cooking and one of my faves, Jamaica Liquor Warehouse!

Fromage Brasserie and Bistro have eye-catching Dinner options too!

If Mom still wants to cook, but wants you to stock her kitchen, you have to Drive through Rainforest Seafoods on Slipe Road and/or Box Market Ja at Mas Camp TODAY for some SUPER DEALS!

Then check out how to set up at Home and the Serving Order of Wine with A Designed Life by Cecile Levee!

Hope you have a great weekend filled with Love.

TGIF and #fbf to part of Suga’s Valentine’s haul from Simo’s Bread and Catering last Friday at the Valentine’s Pop Up at Wrightlife Live Food Eatery located at the Kiosks in Devon House, Kingston.

Gourmet Pastries from Simos are ALWAYS worth the calories. I was in Pastry heaven. #SugaSnaps #SugaEndorsed

Two Powerhouses in the culinary industry, Pink Apron Jamaica and  Simo’s Bread and Catering will join forces again to offer Brunch at a neat spot in Kingston, The Courtyard on Lady Musgrave Road this Sunday! Need I say more?

SHE SAID YES! Simo’s Bread and Catering is a Selected Suga Artisan!

See the story on one of Suga’s favourite chefs, Christina Simonitsch out of Montego Bay. See what she is carrying to town with her tomorrow at Suga Lifestyle’s Christmas Connection here!

Oktoberfest has been teaching locals and visitors everything they need to know about German spirits and food for over 30 years. This year it starts from Saturday, September 22nd and lasts for 2 weeks, ending on Sunday, October 7th.

The Jamaican-German society usually celebrates years of existence with an annual beer and food extravaganza in Kingston. However, Simo’s Bread and Catering will be hosting an Oktoberfest event with Beer on tap, Meaty and Vegetarian food options on Sunday, September 23 in Trelawny! With the delicious and decadent treats that Simo’s will be offering, #simosoktoberfest is definitely Suga Endorsed.

Buy 5 tickets and get 1 FREE until September 6th!

A bit over a month ago, GW Art added some fine details to The Crofts’ Vintage-rustic, Destination Wedding at Rose Hall Great House in Montego Bay.

Take a look at how GW Art helped to make this Pinterest-Inspired Vintage-rustic Destination Wedding a dream come true!

Kerryanne and James Croft at their Head table on their Wedding Day, May 5, 2018 at Rose Hall Great House, Montego Bay

Guest tables adorned with a Garland and table settings provided by Tai Flora Luxe, Glassware and Flatware by GCG Events and the items to enhance the Garland such as Dried coconuts, LED votive candles and Framed table names provided by GW Art

The Cake Table transformed into the Dessert Table

Get GW Art at your event today! 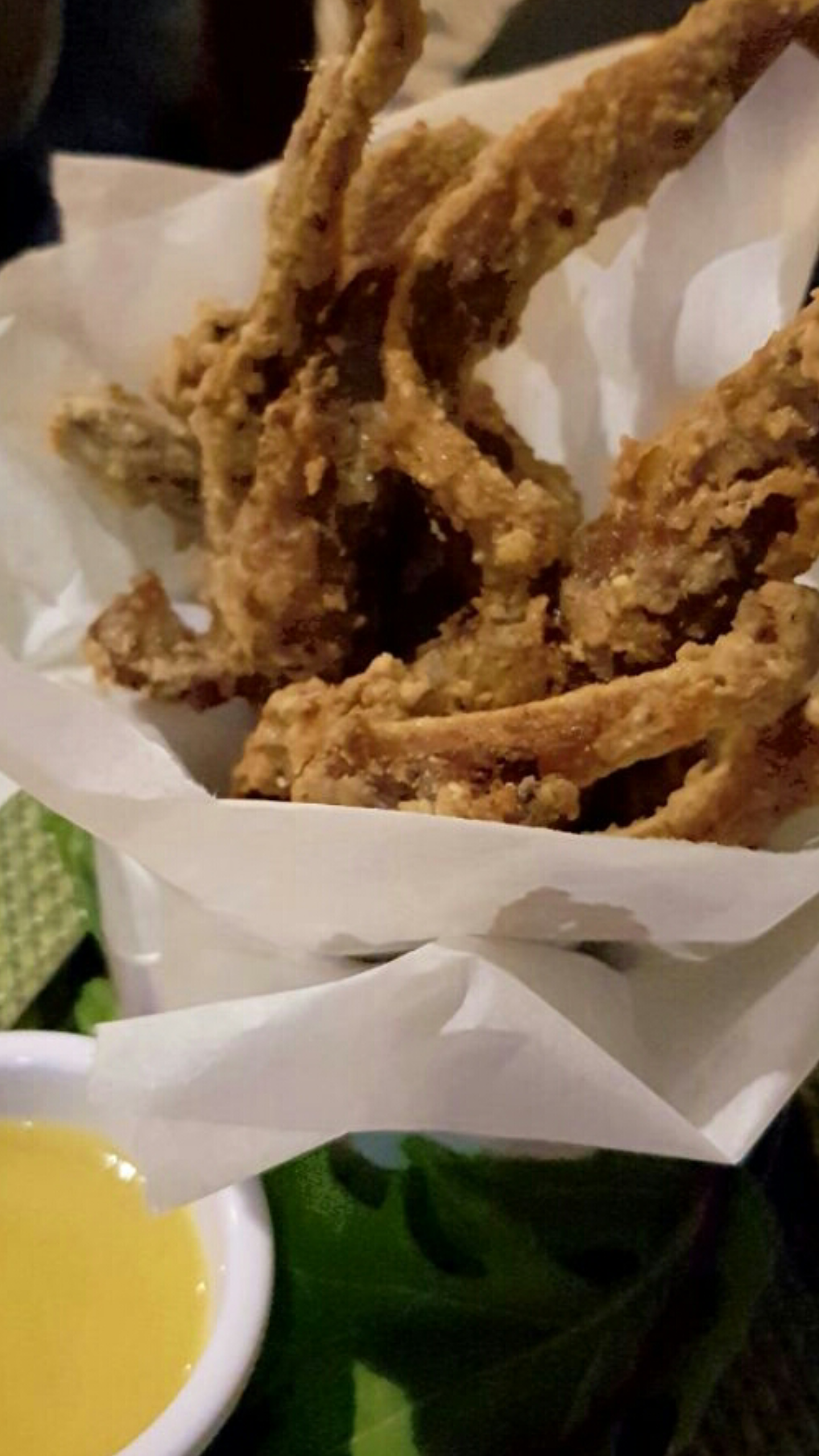 Have you ever had Pig Ears? If you were at the Jamaica Food and Drink Festival’s event, Crisp, in November 2017, you would have had the pleasure of tasting crispy Pig Ears from two Suga Endorsed Chefs! – Chef Christina Simonitsch of Simo’s Bread and Catering and Executive Chef Mark Cole of The Jamaica Pegasus, who cooked divine dishes for President Barack Obama, Prince Harry and Princess Ann. They put on quite a display.

I loved it! It tasted like a cross between Calamari and Squid.

The entire Pig Ear was used, so all of it was not crispy. My friends were not fans of the outer ear’s gelatinous texture, which they called the ‘gooey’ and ‘rubbery’ part. However, the cartilage in the center that is crunchy and tasted crispy to us, was their favourite. I liked all of it.

Pig Ears aren’t that popular to be a part of the Menu at The Jamaica Pegasus yet, but I am happy I had the experience of tasting it.

I can see Crispy Pig Ears as an Appetizer or Side dish that goes well with Beer.

Pig Ears can be eaten warm or cold and are cooked in various ways all over the world, often served with a lemon, soy sauce or even vinegar when pickled. They are usually Boiled first, then Grilled, Stewed, Roasted, Pickled, Smoked, Baked or Deep Fried.

I challenge Best Ethnic Restaurant of 2017 and one of my faves, Mystic Thai in Montego Bay to offer a dish with Pig Ears on the menu! Suga will be in Montego Bay soon. 😊 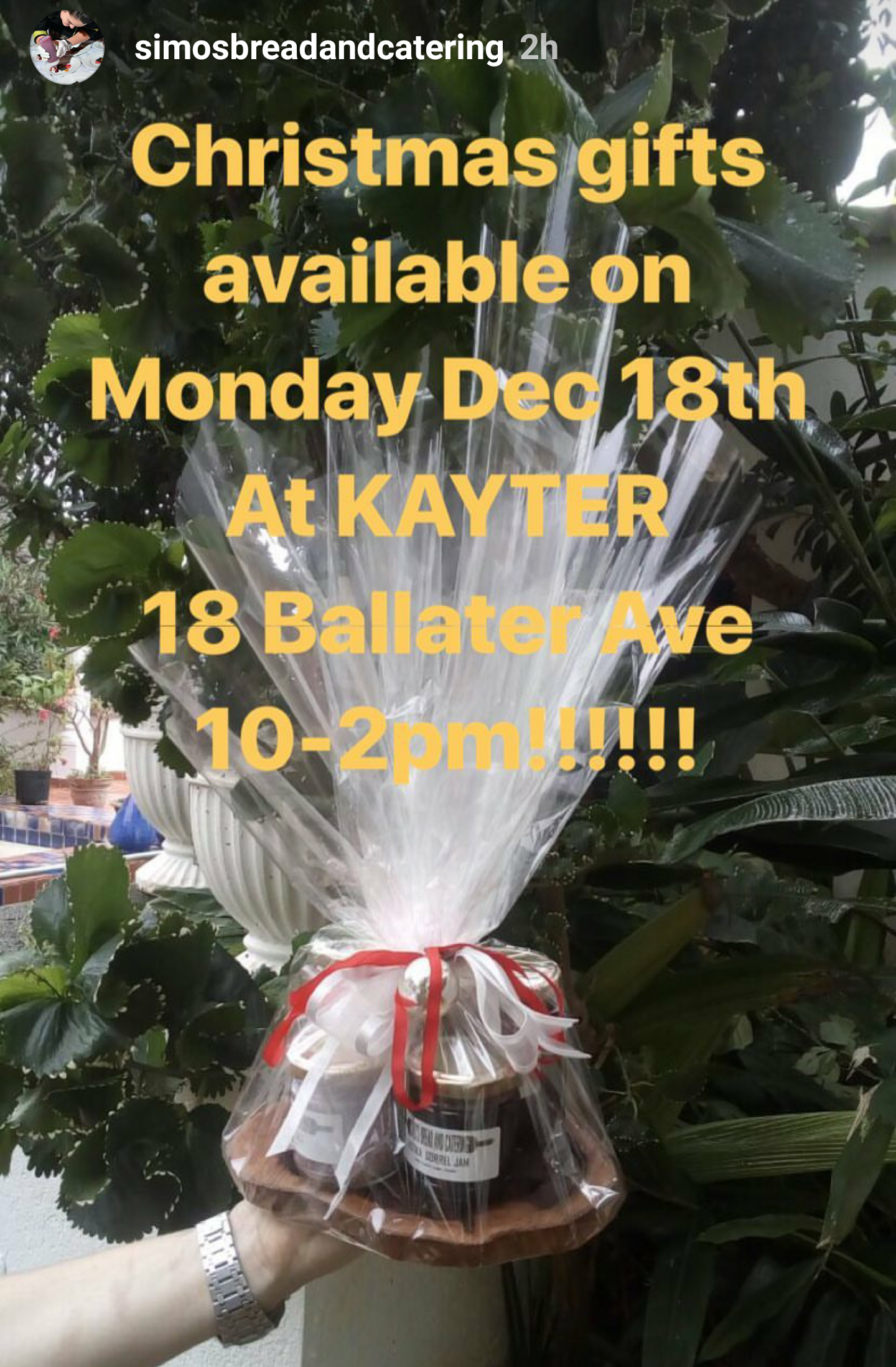 Christina Simonitsch of Simo’s Bread and Catering, Montego Bay is in town today! Check her out at Kayter on 18 Ballater Avenue. She will have Christmas gifts available. They will be perfect to give just about anyone you know who will be cooking up a storm this Christmas.

Christina not only does specialty Breads and Pastries, but has Gourmet selections and her private label Condiment line of Pepper sauces, Sea salt, Pepper Jelly, Basil Pesto, Jerk Butter, Marinades and more are one of a kind. She makes Honey now too!