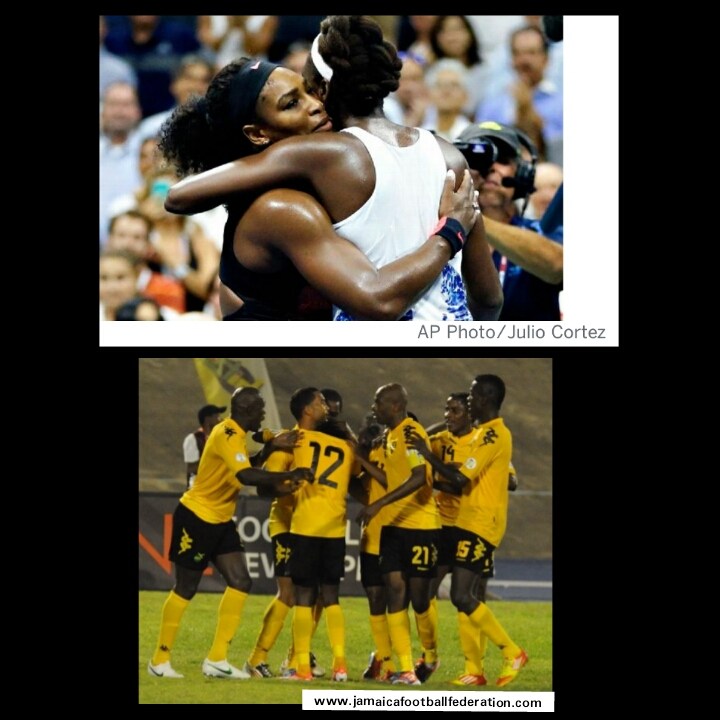 With a goal in the 89th minute after many successful time-wasting tactics by Nicaragua, Simon Dawkins secured a place for Jamaica in the Semi Final round of the CONCACAF World Cup Qualifying game with a final score of Jamaica 2: 0 Nicaragua. Thanks also to Darren Mattocks who scored a goal in the 13th minute, which started to get Jamaica out of debt. Mattocks displayed a valiant effort throughout the entire match. Jamaica needed 2 clear goals to win and the Reggae Boyz accomplished just that. Well done. I wish I could say the same about the commentators on FLOW Channel 100 though. They probably put Jamaica to sleep, making some miss the 2nd goal. The same thing was said about every 5 minutes in a different way, CNN style. Though debatable, for Suga, there were a lot of dull aka boring moments in the game, especially in the 2nd half where it looked for a moment like the Reggae Boyz gave up, but the commentators could have done better. They even closed the curtains on the Reggae Boyz until World Cup 2022 with about 15 minutes left in the game, which is A LOT in football time. Shame on them and extremely poor coverage.

They will now join Costa Rica, Panama and Haiti in Group B. Haiti, who was also in a knock out round, beat Grenada to advance. How does the rest of the CONCACAF World Cup Qualifying 4th round look?

So the Road to Russia continues!

Serena Williams won 6-2, 1-6, 6-3 last night in a 98- minute long Quarterfinal versus her sister, Venus Williams. It seemed much longer for them and it wasn’t easy for Serena at all compared to their match up this year at Wimbledon, where it took Serena only 2 sets to win. Serena’s face looked like she was in emotional pain for the entire match. Since they are both power hitters and servers, rallies if any, only lasted about 3 or 4 hits and nobody knows Serena’s serve better than Venus.

Serena closed out the match with an ace and Venus whispered in Serena’s ear that she was very happy for her. Very sweet exchange and embrace afterwards.

Serena will move on to play the unseeded Italian, Roberta Vinci in the Semi Final this Thursday, continuing her quest to complete a Calendar Grand Slam and even Steffi Graf’s 22 Grand Slam titles in the open era.

Serena now leads Venus 16-11 in head to head Grand Slam matches and has won 7 of the last 8 meetings.

See why Venus says Serena is the ‘best ever’ here:

The men’s side of the Quarterfinals was also pretty exciting yesterday with a 5 – setter from Cilic and Tsonga, where Defending Cham, Cilic prevailed 6-4, 6-4, 3-6, 6-7, 6-4. Marin Cilic will meet Novak Djokovic in the Semi finals.

Djokovic who continues to look good defeated Feliciano Lopez in 4 sets, 6-1, 3-6, 6-3, 7-6. Do you know that he gets his sneaker company to shave down the bottom of his tennis shoes so that he can skid more. It has been noticed he gets to balls that are usually out of reach for most players, by skidding over to them during the open. Interesting stuff.

Today’s action at the Open includes: 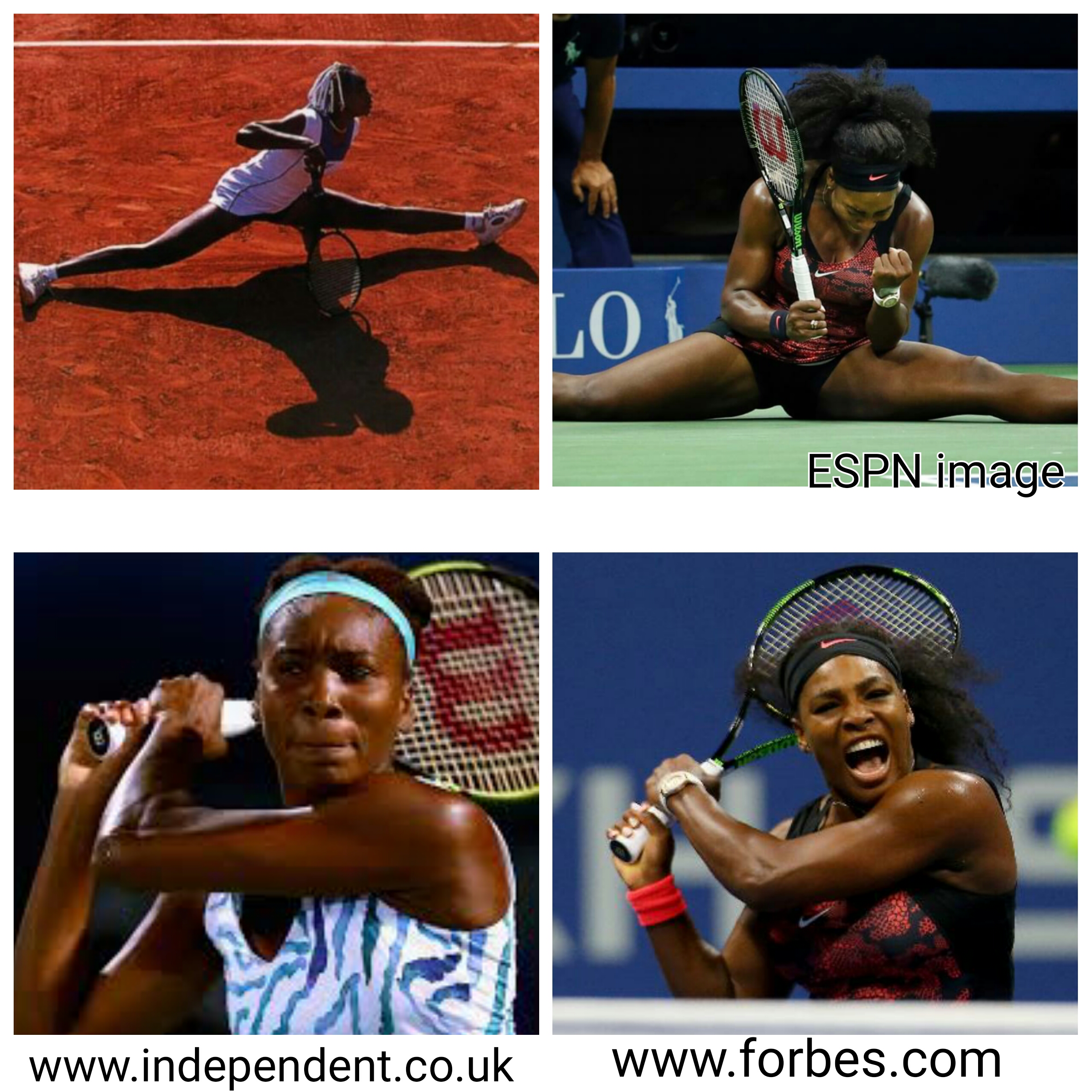 We will witness our favourite sibling rivalry in Sports again with ‘Sister Sister’ action between the Williams sisters at the Quarterfinals of the US Open at 7pm ET/6pm Jamaican time.

There is clearly a lot more on the line for Serena, but it would surely be nice to have Venus move on to the Semi Finals as well since she may not have this opportunity again. Bitter sweet, but as Serena said on Sunday, ‘At least one of us, a Williams, will be in the Semi Finals, so that’s good.’

May the best sister win!

The Reggae Boyz had a disappointing loss versus Nicaragua at the Office at the National Stadium in Kingston, Jamaica last Friday night, with the final result of 3-2. The Reggae Boyz were behind by as much as 3-0 and fought hard in the end to score 2 goals. This now gives Nicaragua the edge over Jamaica on aggregate in the 2nd Leg tonight at 8:30pm, Jamaican time, which will also be a knock out round to continue on the Road to Russia. Jamaica will have to score 2 clear goals above Nicaragua in order to WIN and keep their dreams, as well as Jamaica’s dreams alive. If they score 1 goal above them, for a scoreline of 3-2, that would mean we have tied on aggregate, facing more than likely overtime and penalties if necessary. With a scoreline less than that, we can kiss our dreams of Russia goodbye.

The  Reggae Boyz will be without Giles Barnes, who due to previous joint and tendon issues, cannot play on Nicaragua’s artificial surface. Upston Edwards has taken his place. Jamaica’s Captain, Rodolph Austin is also questionable since he is dealing with personal priorities to access a visa to continue his professional career in Scandinavia. Can’t blame him. If unavailable, Coach Schaefer said Adrian Mariappa could Captain the team and Andre Clennon is a possible substitute for the game depending on how he performs in their training session.

So there is a lot of work to do and they have to stay completely focused.

*Flow Jamaica Limited will have live and exclusive broadcast of the match on FLOW 100.

All the Best to the Reggae Boyz! 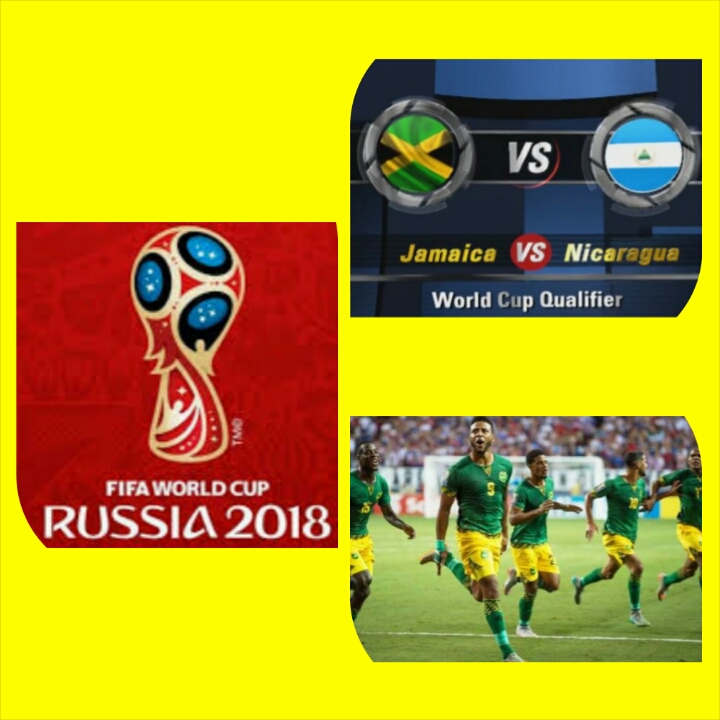 The euphoria of how well the Reggae Boyz did in the Gold Cup is still in the air, but a clean slate starts tonight as they begin to dodge some pot holes, starting at 8pm in the National Stadium versus Nicaragua with the hope of a place in the World Cup Finals in Russia 2018 as their final destination.

So how do they move on after tonight’s match?

The return leg will be next Tuesday in Nicaragua with the hope that the Reggae Boyz will advance to the 4th round on aggregate and go into Group B with Costa Rica and Panama, as well as the winner of Haiti vs Grenada. The top 2 teams will then advance to the 5th and final round, where the top 3 teams will head to Russia! The team in 4th place will be entered into a Continental Play-off.