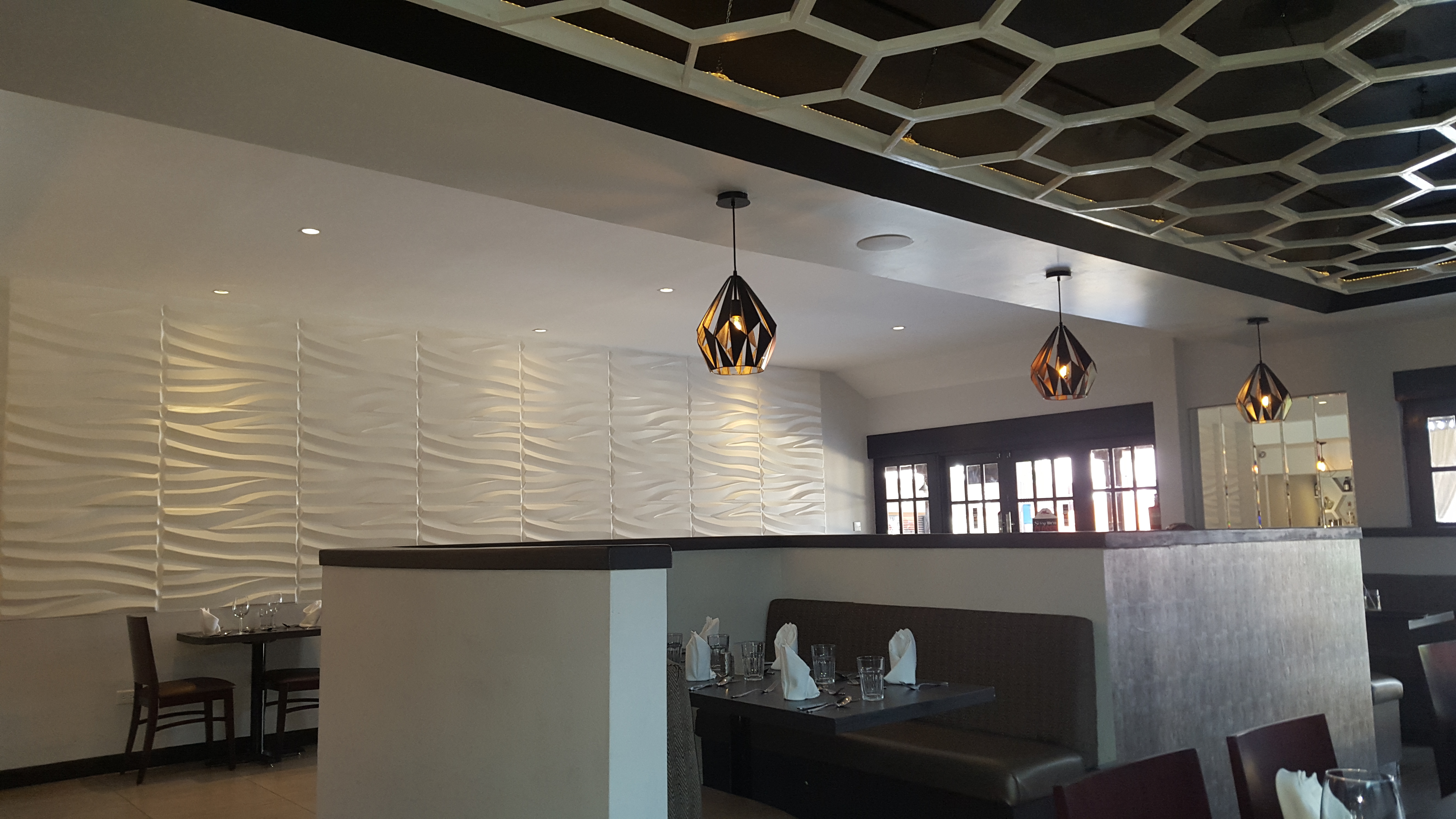 Suga and a friend visited Fromage Brasserie that opened recently in the Market Place. It is a bigger location for Fromage Gourmet Market on Hillcrest that we know and love. They are one of my favourites.

I loved the elegant, modern decor from the ceiling to the floor. The hostess was pleasant and the waitress was professional. Seating was comfortable but not so sure about the 2-seater tables. They looked a bit too small.

I ordered the Lobster Bisque ($700JMD) recommended by the waitress that came out quickly but it was not in the usual Bread Boule that Fromage offers. However, I realised that I did not specify mainly because the waitress did not ask. The salt seemed to have gotten away in the soup so I was disappointed.

The Bacon Shrimp Chowder would need half an hour more to be ready so my friend didn’t bother to order it.

For the main I had trouble deciding because they had so many items on their menu. I think less items should be on the menu, similar to the Fromage on Hillcrest. Sometimes less is more.

I recommended that my friend who loves Shrimp Pasta have the Pesto Pasta with Shrimp ($2000JMD).

When the food arrived in reasonable time I wish I recommended that for myself because I clearly made the wrong decision. My friend’s Pesto Pasta with Shrimp was delish. I started to wonder if the waitress just recommended Lobster dishes because it had Lobster. She had seemed confident with her recommendations but she was wrong this time.

I’m not sure if the Chef was having an off day but I know the kitchen wasn’t pressured. There were other diners but the Restaurant was far from full.

As you can see, the presentation was poor. I saw no evidence of a Ravioli wheel or stamp used to properly shape the pasta. The Ravioli was overcooked and/or it had too much flour. It had a doughy taste and the taste of the Lobster was absent. The sauce wasn’t much to be desired for either. It needed more of a lemon zest and perhaps some chopped basil, fresh parsley and a touch of garlic.

The inside of my Lobster Ravioli

I told the waitress it was horrible and not to recommend it again. Hopefully the Chef gets it right soon or it should be removed from the menu.

I couldn’t let my first visit end on such a bad note after expectations were high. So I ordered the Lobster Mac and Cheese that looked salivating in pictures and on plates passing my table to other diners.

The Lobster Mac and Cheese ($1000JMD) came out quickly and definitely saved the day. Presentation got 10/10 but the quality got 7/10. Believe it or not, it actually didn’t taste as good as it looked. It was tasty but lacked flavour. I think it needed a more pungent cheese and some garlic and herbs to spice it up. The Lobster Mac and Cheese at The Regency Room, Terra Nova is still a winner.

It was a disappointing visit and I felt robbed paying for that Lobster Ravioli but it is still early days for the Restaurant and I know given the history of the owners they will keep striving for better quality and service. The new Brasserie seems a bit pricey but I shall return in the near future to try some meat dishes such as the Feta Crusted Lamb ($3050JMD), Steak and Frites ($2000JMD) and the Korean BBQ Pork Ribs ($2450JMD). 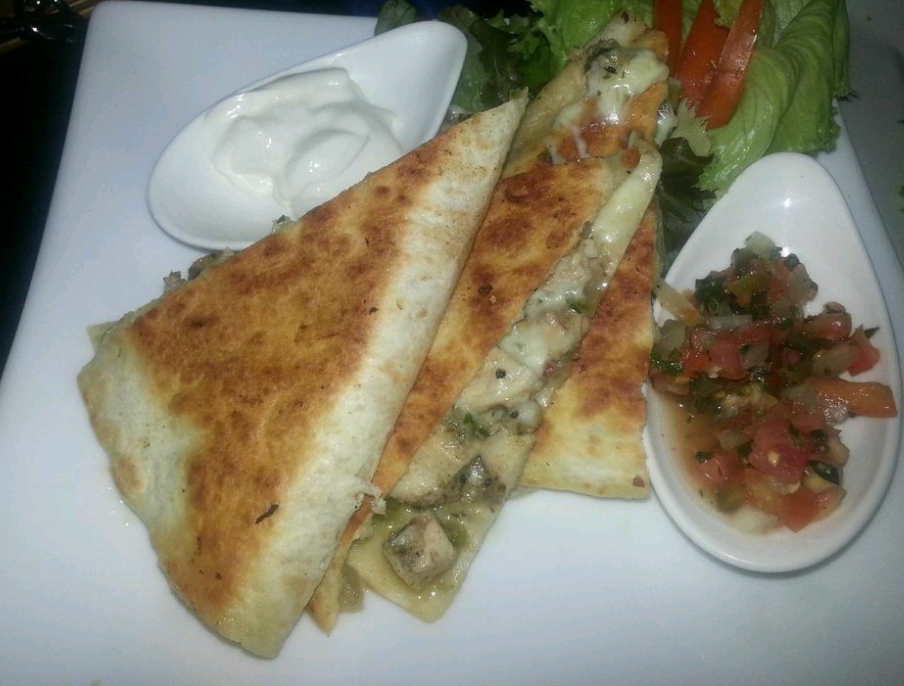 Staff can’t seem to handle waiting tables on a busy night. The service was terrible, but the Chicken Quesadillas were lovely with the perfect bit of spicy at The Regency Bar and Lounge last Friday night. The Lobster Mac-n-Cheese is usually very tasty as well.