Congratulations to all winners this weekend! Huge Congrats to Serena Williams for finally hitting 22. She now ties Steffi Graf for winning the most Grand Slam titles in the Open Era. Margaret Court still stands at 24.

Congrats to Venus Williams for winning her 6th Doubles Wimbledon title with Serena. It has been a struggle for her since diagnosed with her autoimmune disease but she has never given up. She made it to the Semi Finals of the Singles in Wimbledon and did well in the Doubles to win the Finals with her sister.

Andy Murray won the Gentleman’s title in straight sets as well. Congrats to him.

For the big winners of the weekend, Portugal! EURO 2016 Champions! Should I also say Cristiano Ronaldo? He came off the field after about 25 minutes with an injury to the knee but he won from the sidelines. How does the great Lionel Messi feel now? He didn’t rally his team together like that. It is hardly likely they will ever get that opportunity again to win an International title. Congrats to them for seizing the moment.

Athletics
Dafne Schippers ran 10.90s for the 100m in the European Championships. Although she had no competition, I expect her to be more impressive in the 200m at RIO. I haven’t seen her time for that as yet.

At the US trials, Justin Gatlin had to run for his life after running 2nd in the semis and getting lane 8 for the final. He beat LaShawn Merritt (19.79s) and Ameer Webb in 19.75s.

For the 200m, Allyson Felix did not make it! Prandini edged her out for the 3rd place spot and it was all about Tori Bowie who won in 22.25s.

The Women’s 100m Hurdles was one to see! Such a packed field. Dawn Harper did not make the finals. Jasmin Stowers fell before the line, Sharika Nelvis did not make it and one of the favourites, Keni Harrison who ran 12.24s this year did not make ut either!

The US Men’s 110m hurdles had a new winner, Devon Allen! David Oliver did not run the final. He had a hamstring injury after the semis. Aries Merritt and Jason Richardson also failed to make it.

Gabby is back! After falling on the beam Friday night at the US Gymnastics trials and again last night, Gabby Douglas still made the US Fierce Five team for her solid routine on the bars.

Congrats to Gabby and the other 4 who made it, especially Simone Biles who won it all. That team is probably one of the hardest to make. Looking forward to seeing them in RIO!

Andy Murray (2) won his 2nd Wimbledon Title and 3rd Grand Slam Title this morning by defeating Milos Raonic (6) 6-4, 7-6, 7-6. Raonic served well only losing serve once but Murray and the crowd were too pumped up and he did not have enough answers to complete rallies on Andy’s serve.

Andy Murray was in endless tears after the win. Emotional is an understatement. It definitely meant more to him than the 1st Wimbledon.

Suga’s thoughts? Ronaldo may feel he has a lot to prove because of Messi’s recent failure but France has a better chance and it is up to them to lose.

Serena Williams took care of business quickly today with her serve on point to beat unseeded Elena Vesnina 6-2, 6-0 to head to her 3rd straight final this year. She is 0-2. Can she finally do it? She will face either her sister, Venus (8) or Angelique Kerber (4) who beat her in the Australian Open final this year.

For EURO 2016, Portugal eliminated Wales yesterday 2-0 and await the winner of the semifinal between France and Germany today at 2pm. Suga thinks France will take it. 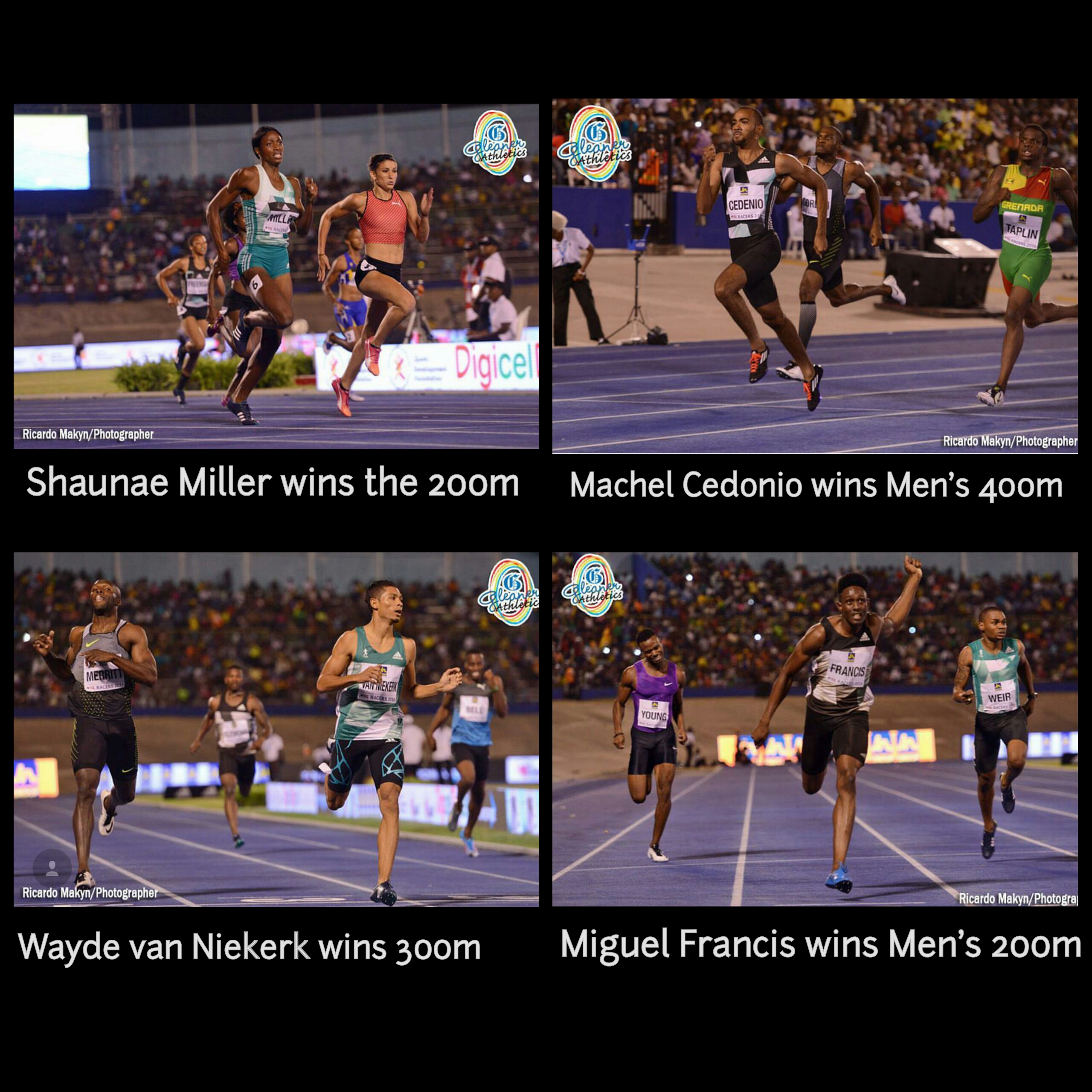 FOOTBALL
Euro2016
Euro2016 started last Friday. Already, Russia has faced investigation after Russian fans rushed (no pun intended) England supporters at the end of the game, which was drawn 1-1. Russia had equalized in overtime.

Both Russia and England have been warned against possible elimination if violence continues.

On Thursday, Venezuela beat Uruguay 1-0! Suarez was extremely upset he couldn’t play and threw a tantrum on the sidelines. The same night, Mexico beat Jamaica 2-0. Poor defending cost Jamaica the first goal, a simple header by Chicharito at 18′. It was an exciting match, but Jamaica just failed to convert the many opportunities and chances on goal, especially Donaldson who was also denied a penalty. Peralto who substituted Chicharito sealed the deal for Mexico, scoring at 81′.

Mexico advanced with Venezuela to the Quarterfinal for Group C. USA and Colombia advanced from Group A. The outcome of Group B with Brazil, Peru, Ecuador and Haiti is to be determined, as well as the Group with Argentina, Chile, Panama and Bolivia.

BOXING
Mohammad Ali died a week ago at age 74. His public memorial service was on Friday in Louisville, KY. Ali inspired the famous movie, Rocky. The Legend’s memory will live on.

TENNIS
5-time Major winner, Maria Sharapova has been suspended for 2 years by the ITF for breaking anti-doping rules. She will appeal.

ATHLETICS
Speaking of doping, Jamaica’s sprinter, Nesta Carter’s ‘B’ sample confirmed the presence of the substance, methylhexanamine, a banned stimulant after tests were carried out by the International Olympic Committee (IOC) from the 2008 Beijing Olympics. This could cost the 4×100m team from the 2008 Beijing Olympics their Gold medal. He will soon have his case heard by the IOC panel.

Sanya Richards-Ross of the USA looking to run her last Olympics seemed to have twisted her foot in a 100m race used for speed training in Atlanta. She fell to the ground screaming mid-race and had to be carried off the field. She hasn’t been running good times in the 400m and she came 7th in her last competitive race but this may harm her hopes of heading to RIO even more.

Jamaica National Racers Grand Prix
The JN Racers Meet that took place on Saturday at the National Stadium was packed with talented athletes, most of whom should be heading to RIO. It was a great day for sprinters with a +1.0 wind.

The highlights were as follows:

Shaunae Miller used her strength from the 400m to power through the stretch to win the Women’s 200m just short of sub 22s in 22.05s. USA’s Jenna Prandini had an excellent start and beat Miller on the curb but faded in the stretch finishing in 22 39s.

Antigua and Barbuda’s Miguel Francis who trains with Bolt and Blake destroyed is PB time in the Men’s 200m finishing in 19.88s, the 2nd fastest time in the world this year. Jamaica’s Julian Forte was 2nd in 20.18s and Warren Weir just returning from an injury was 3rd in 20.32s. Rasheed Dwyer is yet to break 20.5s this season.

For the Women’s 100m hurdles, USA’s Sharika Nelvis won in 12.61s, her SB ahead of Jamaica’s World Champion, Danielle Williams who finished in 12.77s.

For the Men’s 110m hurdles, David Oliver of the USA won in 13.09s. Jamaica’s Deuce Carter came 2nd. He hit a hurdle mid-race so it could have been closer. Jarrett Eaton of the USA was 3rd.

Then to the races everyone was waiting for, the Women’s and Men’s 100m.

Shelly Ann Fraser-Pryce who has been having trouble from injury got her usual fast start and shook off Barbara Pierre of the USA who stayed with her throughout the entire race and even inched ahead of her at one point finishing with her SB of 11.09 and Pierre finished in 11.11s. Kelly-Ann Baptiste of Trinidad & Tobago was 3rd in 11.15s and Carmelita Jeter did not place.

Sidenote. Never count out VCB for the Senior trials. She ran 10.83s in Florida today!

Now to the Men! Bolt, Blake, Asafa, Nickel Ashmeade, Kemar Bailey-Cole and Frater ALL from Jamaica, Ramon Gittons from Barbados and South Africa’s Akane Simbine. Why not have a Jamaica race at the Olympics?

All I know is, Usain Bolt is looking good, really good. He ran 9.88s after he stumbled at the start of race after a good reaction time to the gun, was behind the entire field and then pulled away easily.
Nickel Ashmeade finished 2nd and Blake with his SB 3rd, both with 9.94s, Asafa 4th with 9.98 and Bailey-Cole 5th.

BASKETBALL – NBA Finals
After the Warriors took Game 1 of the series and Game 2 was a Blowout with a 110-76 win over the Cavs in California with LeBron James sitting out the entire 4th quarter, the Cavs especially LeBron James were attacked by the media, various memes and videos. Here is a reminder of just a few:

They had no choice but to totally dominate Game 3 on home court to save face on Wednesday night winning by 30 points, 120-90. James had 32 points and Thompson came up big defensively and also had 13 rebounds. The Cavs would then look to level the series in Game 4 at home before heading back to California for Game 5 but things did not go their way. Curry came alive with 38 points and we still haven’t seen the Splash Brothers in these NBA Finals.

Cavs coach, Tyronn Lue was fined 25k for criticizing the Referees after Game 4, saying ‘LeBron never gets calls’. LeBron fans would say he doesn’t make excuses for losing but once again, he was in agreement with this accusation made by Lue but didn’t go in on it because he said he would save his 25k. What he did do though, was provoke Draymond Green by stepping over him after Green fell to the floor on a play, knowing what was at stake for Draymond if he got 2 more technicals or any Flagrants called against him. Words were thrown and both made their case.

Today, the League announced that LeBron James was assessed a technical and Draymond Green has been suspended for Game 5 of the Finals after getting a Flagrant Foul 1 from the incident with LeBron on Friday. Suga thinks this was unnecessary and the NBA are grabbing at straws to extend the series.

Warriors’ Klay Thompson expresses that he guesses LeBron James’ ‘feelings just got hurt’ by Draymond Green and players talk trash and call each other names in the league all the time but ‘It’s a Man’s League’.