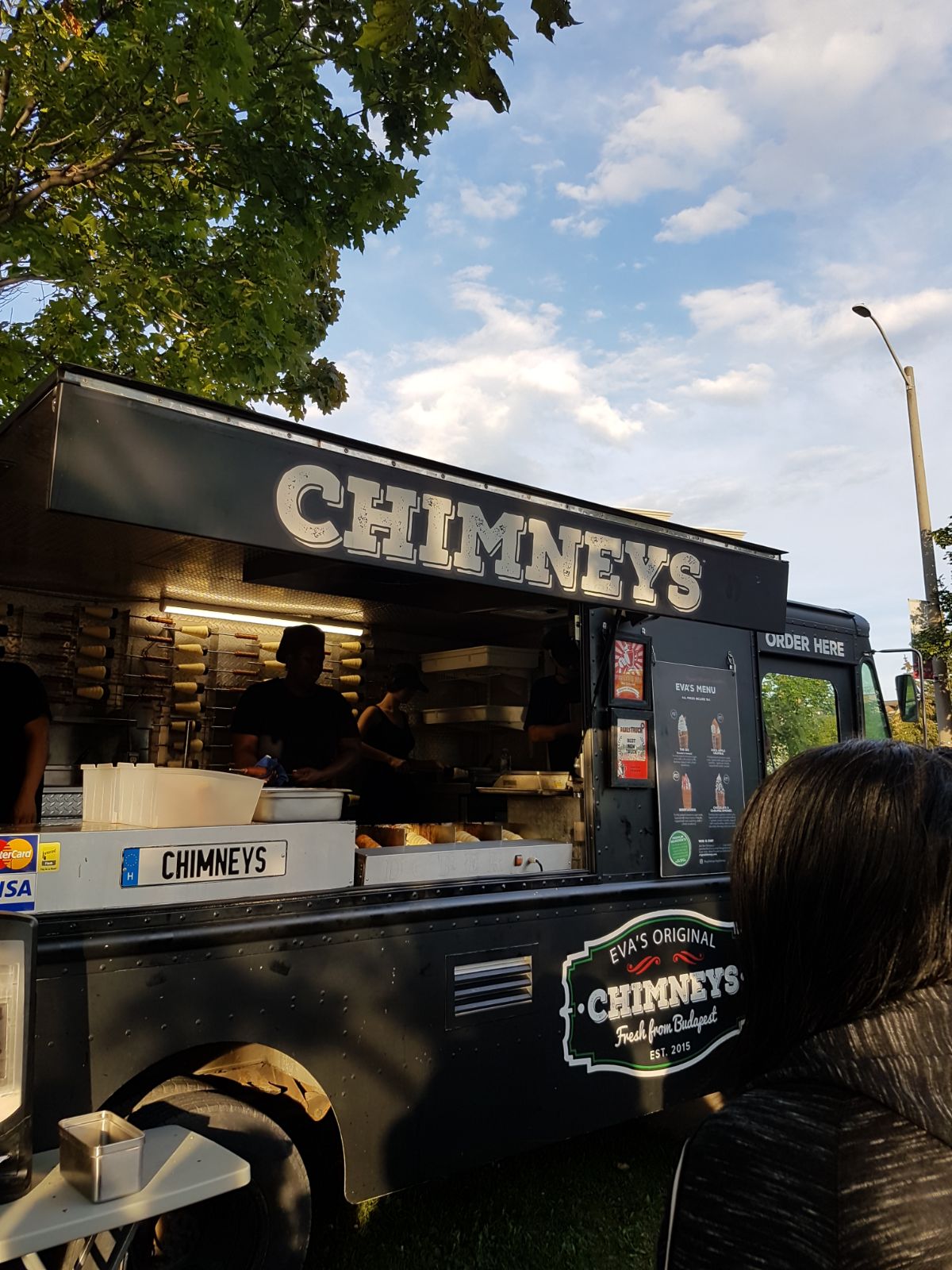 Two weekends ago, it was all about the Canadian Food Truck Festival at the Espanade Park in Ontario. The Festival lasted from August 11-13, where the park was fully transformed into Foodie Heaven with 32 Food trucks, Music including Live Entertainment and a Children’s Village.

Suga Bear, Madeline Bayliss aka Auntie Mads aka ‘Jamaican Chiney that can cook and bake’ went to the Festival and had a ball.

Her ultimate faves were the Ice Cream at Chimneys and the Crab Cakes from Naansense that also does Fusion Indian.

The Crab Cakes were freshly made and served with a Chili Lime Rojo dipping sauce and Guacomole with a side of Spinach salad.

They had other Ice Cream flavours such as Chocolate and Caramel Smores and more!

Ice Cream in a freshly baked cone from Chimneys

Don’t worry my TDot Suga Bears, if you missed this one, there is still a chance to catch it in a city near you.

The next Canadian Food Truck Fair will be held at: