There is still time to Resister for the Kingston City Marathon! You have until tomorrow to register on the website, http://www.kingstoncityrun.com or the JHTA Office at 2 Ardenne Road.

Race day is Sunday, March 17, 2019 on a certified course with chip timing.

Other activities associated with the event will be the Welcome Party on Friday, March 15th, the Lifestyle Expo and Pre-Race a.k.a Carb loading Party at The Jamaica Pegasus on Saturday, March 16th. There will be an Awards Ceremony and Finish Line ‘Reggae’ Party after the run on Sunday too.

The Kingston City Marathon will be raising funds for various Charities as well. Help them hit their 2019 target of JMD$5 million to support Alpha Boys Institute, The Open Arms Development Centre, Marie Atkins Night Shelter, Food for the Poor, Dare to Care and Do your Share and Missionaries of the Poor.

Run the City and Feel di Vibes this Sunday!

The Summer Edition of Fit Fest Party & Expo will be Saturday, July 28!

There is an Early Bird Special being offered until July 8th, so catch the deal while you can. No excuses!

If you want energy, it will be there. One of my favourites, Andro from Spartan is booked for Zumba and there will be many more fun, energetic, experienced Trainers!

To get your tickets for the Ultimate Workout to burn loads of calories, go to the ticket outlets displayed on the flyer below (Spartan Health Club on Lady Musgrave Road, Hard End Fitness Factory on Ardenne Road etc.)

Buy yours Online at firstlineja.com 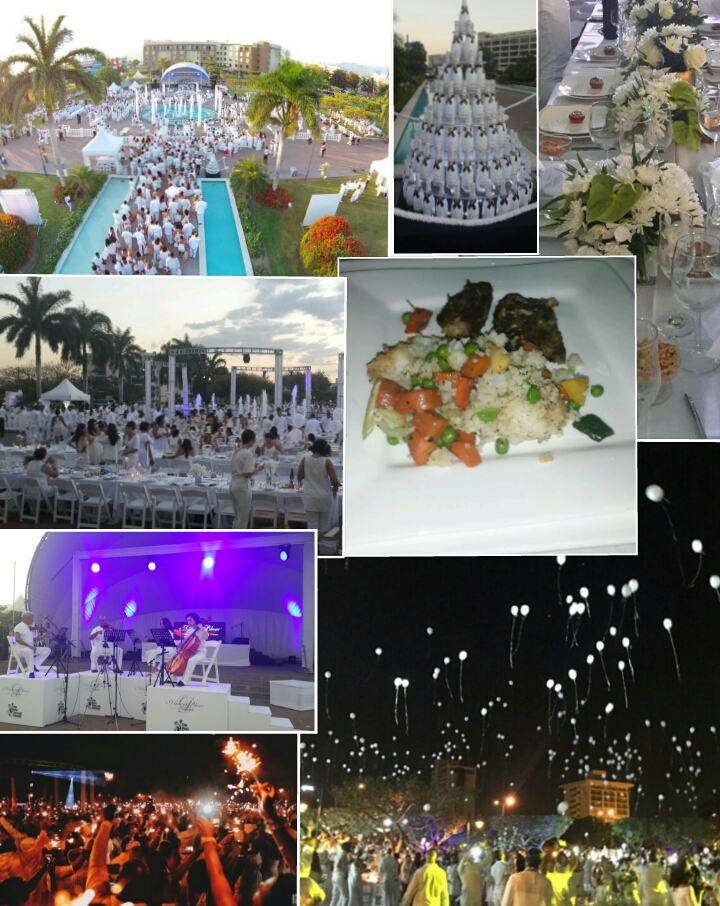 The big event has come and gone. How was it?! Suga’s sources spared no details. Suga’s prediction came through that a decent evening would subside from a chaotic start. At least one socialite kept it real saying, ‘Rocky start, fantabulous ending’ on her instagram post.

Firstly, we have to talk about the venue, Emancipation Park. The instant reaction of many, including myself was really?! Nowhere better? Disappointing. That scene is part of many Jamaicans’ daily routine during the work or exercise week. So some desire a change of scenery. But, surely the promoters must have put tremendous thought into the venue and that should be respected. So let us think where else in Kingston could be used as a venue that is public and somewhat monumental or historical? There are not many choices. Devon House, Downtown Waterfront and Port Royal have been done. Not to mention the overused Hope Gardens/Hope Zoo. Where does that leave us? The Bob Marley Statue, Ward Theatre or National Heroes Park? Ward Theatre back in its heyday yes, but definitely not now. Eyesore. By the Bob Marley Statue may have required too much work and money. Closest candidate may be National Heroes Park, but Securityyyyyy! Yes. A lot would be required.

So back to Emancipation Park. The use of spectacular lighting had a gorgeous effect. The addition of little white fences and of course the people who stuck to the theme, dressed in white from head to toe, feathers, masks, hats, umbrellas, other accessories and more. Fashion and style ‘did tun up, way up!’ Not to mention the tasteful table decor and accent pieces brought. Great Effort, awesome job. The park has not had an event like this. Totally revamped. Unfortunately, the Secrecy factor was not realised. But who would expect that in Jamaica?

So, venue revealed. Transport to the venue was smooth. Then chaos. Persons had difficulty accessing their tables and chairs. Someone in particular had their table taken and they didn’t get their chairs for about 45 minutes so they were left to stand.

There were poor logistics with people accessing food and drinks as well. When they eventually obtained their food, it was cold and some got the wrong orders. Furthermore, check out the dish in the picture above. That was gourmet food? That was catered? That was what people paid for? People do better from home. But yes, it was one of the dishes prepared by Colin Hylton, Pork Belly. Worse, who wants cold Pork Belly? Wow. Risky. At least the Chicken dish was good. But, if the promoters did not market and weigh so heavily on catered food by renowned chefs etc. and stuck to the basic picnic theme of carrying your own food, this exquisite event would not have left such a bad taste in some people’s mouths.

However, there were positives. After people got settled in there was a good vibe and people enjoyed themselves. Despite poor logistics of accessing tables and chairs, long food and drink lines, crowd management was impressive and persons did not feel like they were confined in a small place with ~900 people. Someone said they felt as if they paid to go to a fun wedding.

It was especially evident that the majority enjoyed the festivities toward the end of the night. Sparkles were lit and balloons were released into the air. Some described the evening as ‘magical’ as it should be. Music was given a fair by those gifted with recognising quality versus others who thought it was great. Good range though, from mento to techno to soca to dancehall.

Le Diner en Blanc. A lot of hype that was not lived up to for persons that pay keen attention to good quality and detail. Even though the promoters have a lot to learn from and thus adjustments to make for the next staging, there is certainly a lot of potential for the event. A partyholic said it was ‘a nice change from the usual party scene’. Of course it was, it is a totally different kind of event compared to our ‘lacklustre sessions’. A comparison should not even be made, but can you blame him. A hype was built around catered food, sponsors and an all white theme. There were long lines for food and drinks, so perhaps an all-white Frenchmen party?

Putting all that aside, the event definitely had a different feel to it, the all-white made a big impact on the elegance and ambience of the event and persons, well most, were able to put the shaky start behind them and enjoy their night. Some would go back and some wouldn’t. Sad for such an event for people to have said they actually would not go back. However, you can’t please everybody. Kudos to the promoters for eventually pulling off one of the most highly anticipated events in Jamaica for a long time. There must have been loads of pressure and clearly a lot of skepticism faced. The vision in terms of what the event is intended to promote globally, was a little more than half accomplished. One of Suga’s sources gave it a pass. Friendship, Heritage and some Effort was achieved. Our monumental, Emancipation Park was completely transformed. Most importantly, Joie de Vivre (The Joy of Living) and Magic were completely fulfilled. Take it to Montego Bay next year, not Trident Castle, Portland 🙂