What an entertaining weekend! 7 goals in regulation for France vs. Argentina and 2 penalty shoot outs in one day between Spain and Russia and Croatia and Denmark.

Argentina, Portugal, Spain and Denmark have all gone home!

The match between Brazil and Mexico this morning at 9am Ja time is highly anticipated.

Who will celebrate today?

In the afternoon, Japan is up versus Belgium. 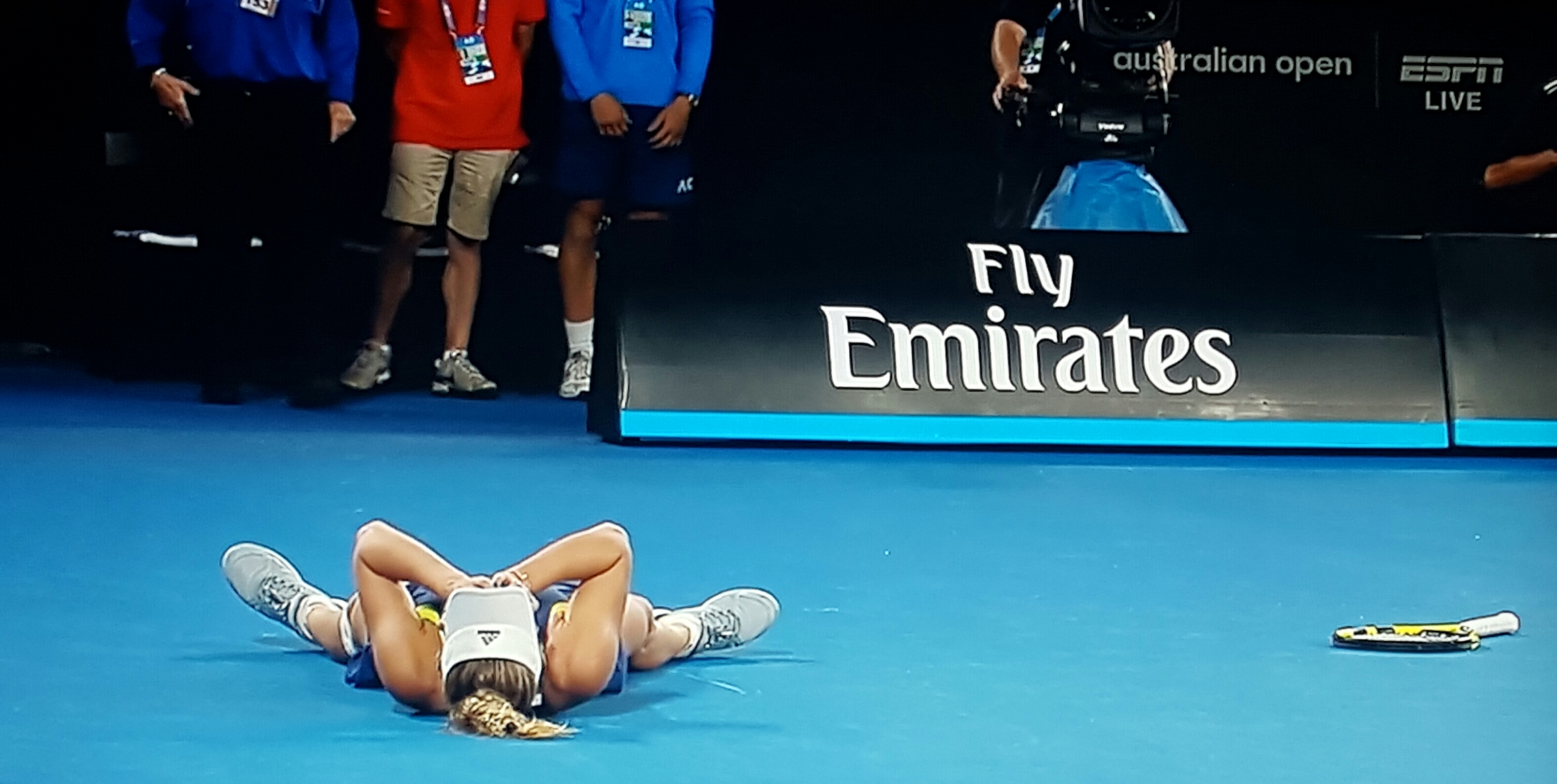 The moment of Wozniacki’s tennis life occurred last night! She surely proved Suga wrong. After being on the circuit for 12 years with tough losses, she finally came through in an epic 3-setter versus Simona Halep and won 7-6, 3-6, 6-4.

What made the difference last night? Wozniacki played a smart game, had a strong serve and went for every ball, consistently getting it back over the net. It set the tone early in the match giving her the initial break for her to go up 2-0 in the 1st set.

Halep came back strong to make the 1st set a tiebreak but still lost it. She had to work hard to earn the 2nd set. She does well when she has to fight from behind.

What was the game changer?

Even though Halep took a medical time out during the match, in the 3rd set, Halep was up 4-3 and Wozniacki took a medical time out to strap up her left knee. Halep probably had too much time to think. Wozniacki came back from the medical time out and broke her to make it 4-all in the 3rd and held her serve to go up 5-4. Then at 5-4 (15-15) with Halep on serve, the umpire made a horrible call to overrule the linesman who called Wozniacki’s ball out. The umpire said that they had to replay the point. Halep challenged the call and was right, so was the linesman, because the ball was indeed out. Halep went up 30-0 with a chance to get closer to 5-all. But emotions of anger probably set in and she followed up that play with a double-fault, making it 30-30. Then Wozniacki won an amazing rally for match point and followed through with it to win her first Grand Slam title!

Congratulations to both ladies for putting it all out there. It was obviously a devastating loss for Simona Halep who was clearly physically drained from her hard road to the finals and after what was like a final with Angelique Kerber in the semis. Halep still has some growing to do emotionally. She is not a different Simona just yet. Hopefully we will see her follow through in more finals in the future.

The women’s field without Serena Williams is definitely stepping up and it’s great to see.

Congrats again to Caroline Wozniacki for never giving up and winning her 1st Grand slam title and reclaiming World #1!