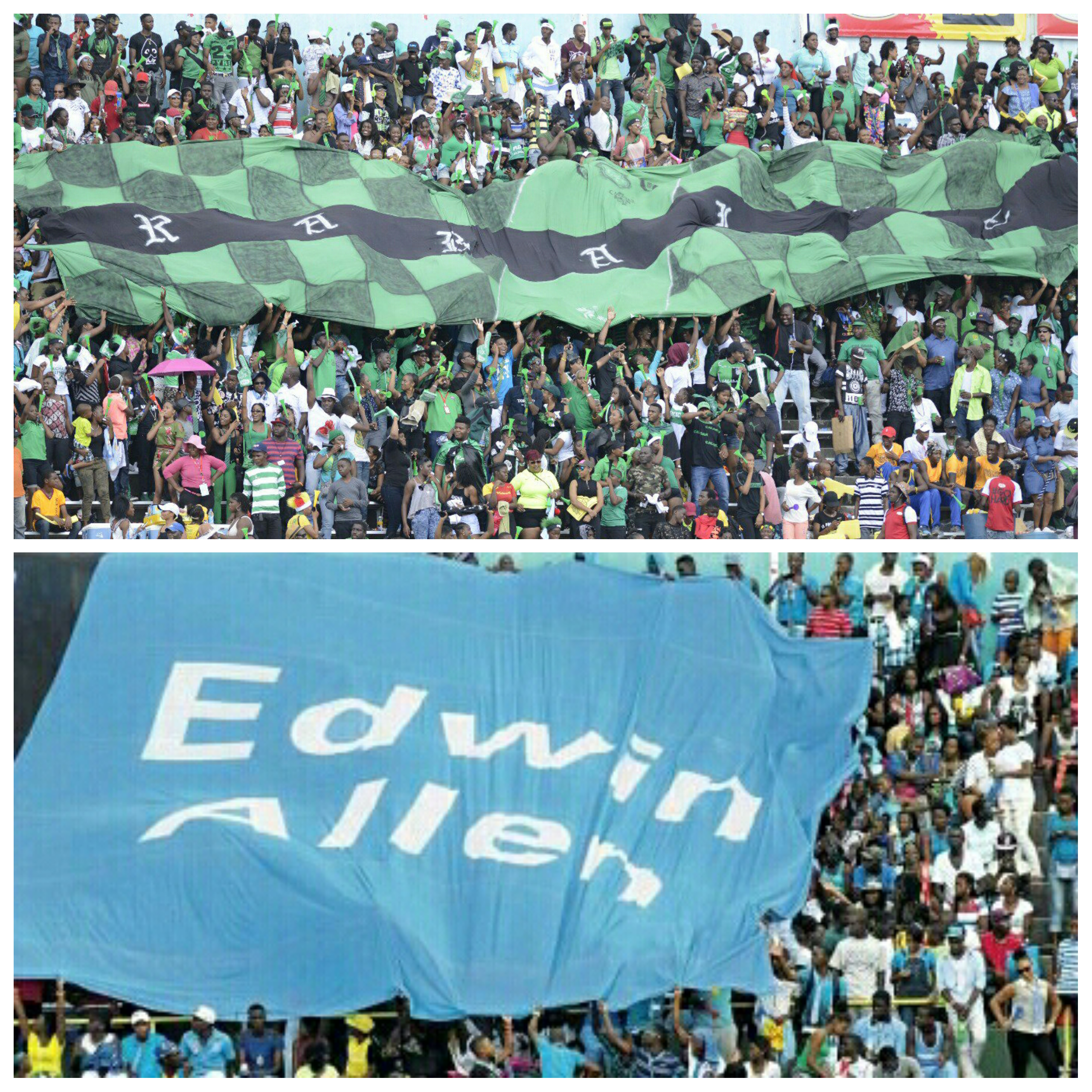 Edwin Allen as predicted got the 4-peat for the Girls. The fight was on for 2nd place between Jago, Holmwood and Hydel. Hydel took 2nd and the other standings are below.

Suga would like to big up her alma mater, Immaculate for finishing in the top 10. Well done ladies!

The prediction for the Boys did not have the same outcome as the Girls. KC thought they had Champs in the bag and did a lot of talking. I don’t know where their maths went wrong but they clearly did not account for injuries and other mishaps. Even KC’s ‘import’ from Uganda lost the 1500m to Calabar. However, he still managed to win the 5000m giving them a 4-point lead before the last race of the meet. But it was not enough. They did not have a strong enough 4×400m relay team, especially without Jhevaughn Matherson who aggravated his injury after the 100m semis. If they finished 3rd or higher in the 4×400m relay, they could have won Champs. How? It would have been a tie with Calabar and they had the deeper team with more Gold medals. That was not accomplished though and Calabar’s Christopher Taylor anchored Calabar to victory, 6-love.

The quality and speed of the hurdling impressed me most of all this year. Tiny but mighty, Gabrielle smashed the Class 1 100m hurdles record, finishing in 13.12s and won the 400m hurdles open as well. She won in 56.53s ahead of the favourite from Holmwood, Nicolee Foster. Keep in mind that our Danielle Williams ran a PB of 12.57s to win the 100m hurdles at the 2015 World Champs. These young athletes have been running spectacular times. Keep it going Gabrielle!

Entering his first year in the Class 1 Boys, he won the 400m, the 200m and anchored his team to victory in the 4×400m relay. Bright future ahead from this humble, young man.

Congrats Edwin Allen and Calabar! Well done. Kudos to all the other schools as well that competed and help to put on an amazing show. There were surprises, injuries, false starts, tears, laughter, joy and numerous records broken.

See you all next year! 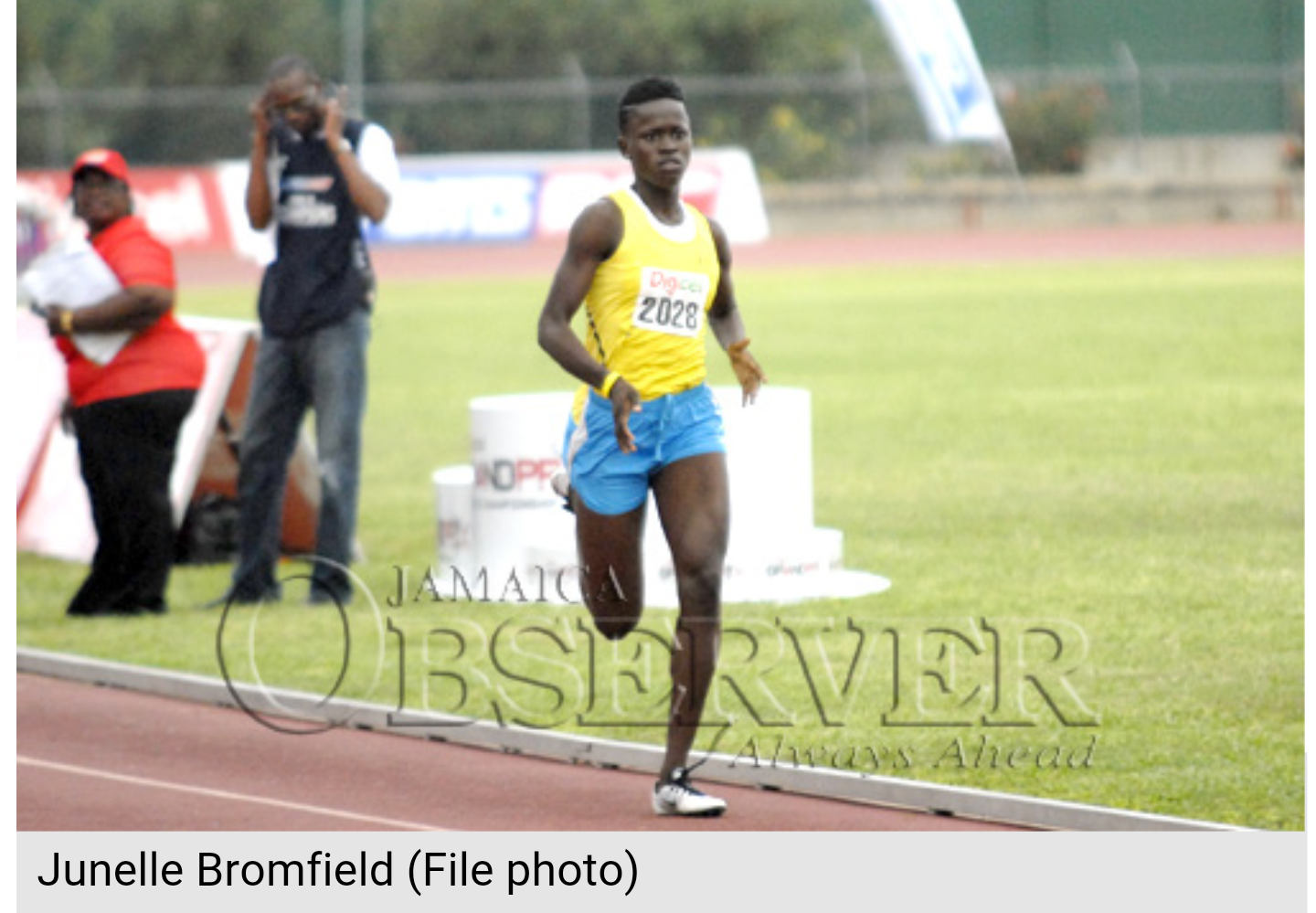 What a weekend in Sports! Congrats to Calabar and Edwin Allen for winning the oh so entertaining and inspiring ISSA/Grace Kennedy Boys’ and Girls’ Athletics’ Championships! With 16 finals to go, both schools led the field and there was no turning back.

Our young Jamaicans put on quite a show, looking very promising for our future in Athletics. Suga’s main concern though is the workload put on the star athletes. There needs to be some kind of stipulation put in place for the Boys and Girls to run only a certain amount of events, ideally 2, because once they excel in individual events they are further pressured to run relays to help their team and school. The star athletes should also be restricted from running the heats for their teams in relays. Careful consideration needs to be given to this matter in order for them to make the transition like our legend, Usain Bolt.

With all seriousness aside, who took Champs for Suga?

Junelle Bromfield of STETHS with 4 GOLD medals! Junelle won the Class 1 Girls’ 400m, 800m, 1500m and anchored the 4×400m relay. She was absolutely exceptional and did not even blow after any final she ran. Amazing. She also blew away her rival in the 400m, Ashley ‘Felix’ Williams of Holmwood who beat her recently so she was on a mission and the revenge was sweet.

KC’s Akeem Bloomfield continued his reign in the Class 1 Boys’ 400m, of which he holds the record from last year.

Another disappointment was Defending Champ of the Girls’ Class 2 100m, Shellece Clarke of Edwin Allen. She was not fully on form, had a poor start and failed to medal. She was also pulled out of the 200m event.

Back to the winners! Christopher Taylor of Calabar! In addition to breaking the Class 2 Boys’ 400m record early in the heats in 46.33s, he also won 4 GOLD medals and ran a beautiful and strategic anchor leg in the last race of Champs, finishing ahead of KC’s Akeem Bloomfield in the Boys’ 4×400m relay. Akeem ran out too hard but had too much work to do anyway by the time he received the baton. Fantastic end to the Championships.

Then there was a big NBA game on Saturday night as well!

The San Antonio Spurs held the Golden State Warriors’ Steph Curry to 1 for 12 on 3 pointers in their 87-79 win over the Warriors. It was Curry’s worst stats for 3-pointers this season.

What happened? San Antonio’s superb defence and LaMarcus Aldridge with 26 points and 13 rebounds.

Check out some of the high class defense action below!

Watch “Danny Green becomes the 1st player to block a 3-pt attempt by Steph Curry in 15-16′ season” on YouTube here:

The IAAF 2016 World Indoor Championships also occurred over the weekend in Portland, USA.

Jamaica’s Elaine Thompson beat the Dutch, Dafne Schippers in the SEMIS but did not have as fast of a start in the finals, where Schippers edge her to win the 60m in 7.10s.

Asafa Powell was impressive in the semis, but as usual choked in the 60m final. He had a bad start and was edged out by USA’s Trayvon Brommell.

But who really came through for Jamaica?

I will leave you with Jamaica’s Omar McLeod’s win. 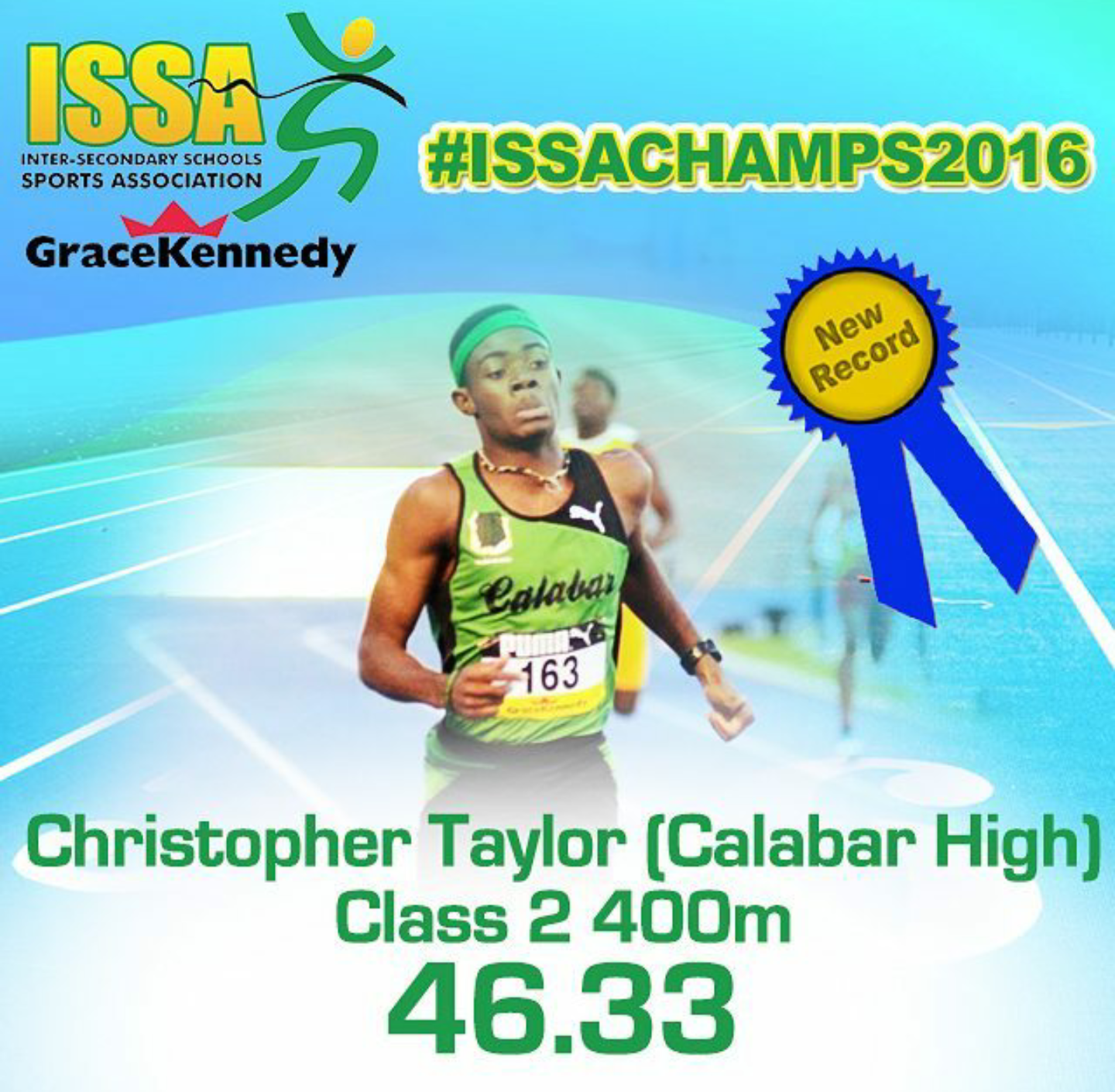 The ISSA/Grace Kennedy Boys and Girls Champs will be on fire tonight and tomorrow as the finals of events will be run and more records will be broken. A few have gone already!

Who will win? For the Girls, after tonight, Edwin Allen will be the clear winner for this year defending their title once again!

For the Boys it will be down to the wire between KC and Calabar. JC will be totally out of the running. No true blue in sight. Can Fortis overcome Rabalac this time around? May the best school win!